The 2030 Project is five residents from around the U.S. who are working on various teams at Vice Media Group. They’re exploring how young people are re-thinking the traditional structures that define us as individuals. Read more here.

By 2045, the United States will no longer be majority-white. By 2060, about 20 percent of Americans will be foreign-born. Diversity and inclusion have entered the national conversation in recent years, but much of the focus on race, religion, ethnicity, and cultural background are still centered around whiteness and white feelings. It took until 2020 for Band-Aid to create its first range of skin-color band-aids for people who aren’t fair-skinned. Former President Donald J. Trump said assimilation was necessary to be in the U.S., and that no one should speak Spanish. And while half of children under 18 identify as people of color, most states have not made ethnic studies courses mandatory in K-12 education.

How should the U.S. create equitable change for an increasingly diverse population in the next few decades? We spoke to three young people from multicultural backgrounds about where they see the greatest needs for improvement and how they define their culture. 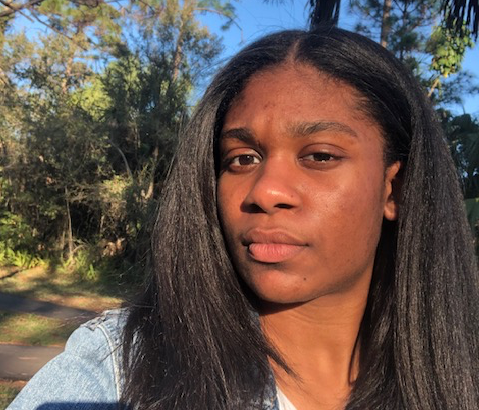 Nia Lecky, 20, is a second-generation Jamaican American who grew up in Atlanta and Florida. Her parents switched religions during her formative years: her father from atheist to Seventh-Day Adventist and her mother from Seventh-Day Adventist to the Ancient Egyptian religion. “Multiculturalism is basically how I live my life,” Lecky said. But the pressure to assimilate was significant for her growing up, as she felt the need to hide her Jamaican identity and culture from students at school.

“I used to refrain from telling people I eat goat or even telling people that I was Jamaican because I didn’t want anybody to look at me differently and start treating me differently,” Lecky said. “One day [my friend] came to school and was like, ‘yeah, I was at Nia’s house and we ate goat, and you know her parents are Jamaican?’ And then that whole secret I was keeping was out in the open. People made comments like, ‘Don’t you have dreadlocks?’ ‘Oh, I never hear you speak Jamaican.’ ‘Why don’t you speak Jamaican?’”

Codeswitching also became important to Lecky’s way of moving through the world. “I definitely had to learn how to [code] switch. I’m talking one way to my parents, but then when I go to school, I can’t talk to my classmates and my teachers like that because they wouldn’t understand.”

Lecky thinks the route to accommodating more multiculturalism in the U.S. will come via education. “When you don’t limit children to one culture and you show them many different [perspectives], they learn to appreciate people more and they learn to be understanding of other people’s problems,” she said. “But, when you put it in a situation where everybody has to be Americanized, nobody will really understand anybody. They’ll say, ‘Oh, you have to act this way because this is the norm and [otherwise] it’s going to cause friction.’” 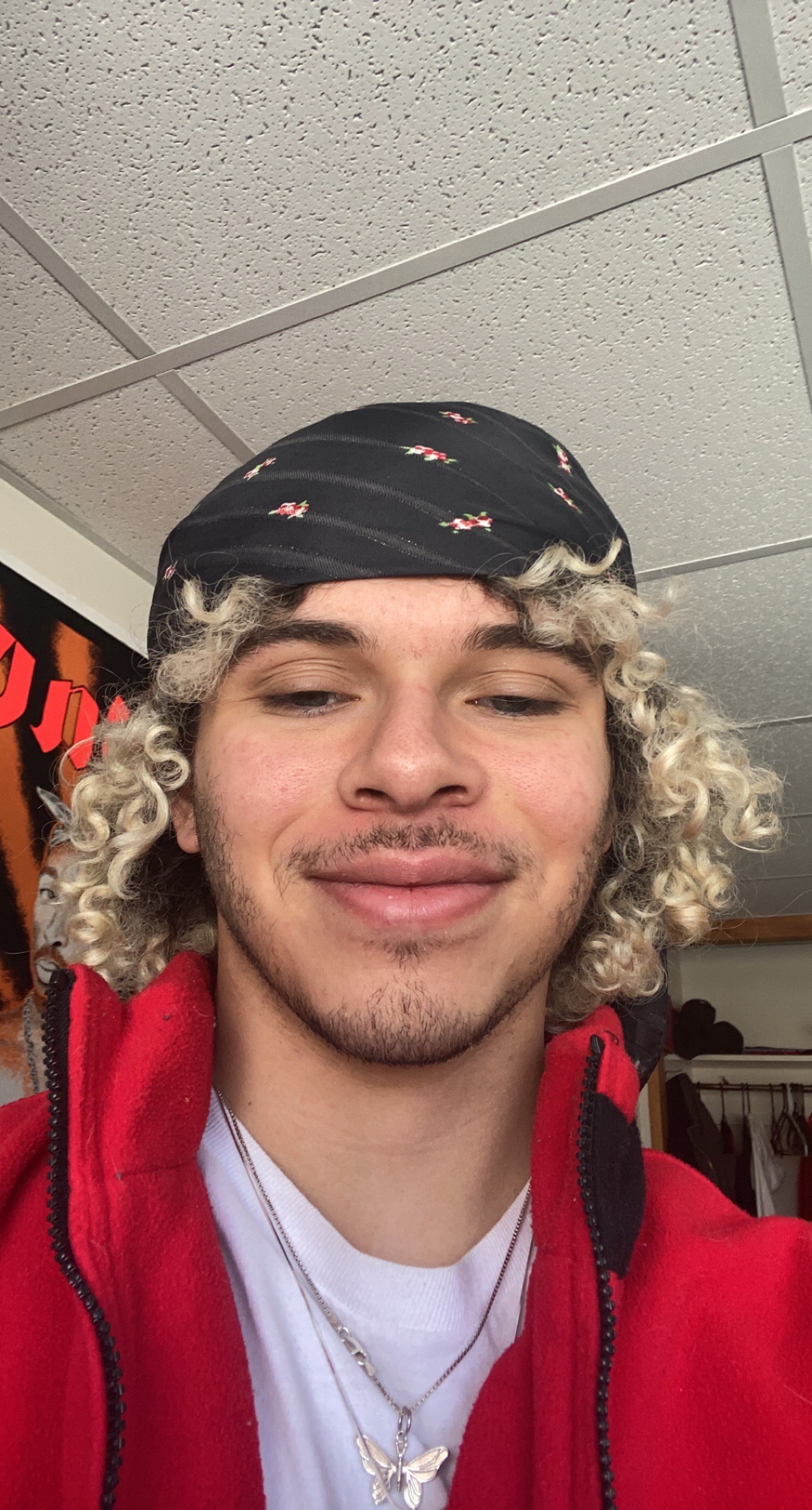 Gabriel Martins, 19, is a first-generation Brazilian American who grew up in a small town outside of Boston. His mother single-handedly raised him, his sister, and housed more than 12 foreign exchange students at a time throughout his childhood. “My mom has taught me that the more cultures you [are exposed to], the more important your experience is,” he said.

Martins learned so much from the exchange students, who were practically “his older brothers and sisters from all around the globe.” “The majority of our students were Saudi Arabian and Muslim,” he said. “As a kid, when I learned about Ramadan, which is the holy month of Islam, where they would fast until the sunset, I would fast with them. I feel like it was just a part of me figuring out what it’s like to be them. Those students were my older siblings, and younger siblings always want to emulate their older siblings.”

READ:  Meghan Markle Pregnant: Everything You Need To Know

“During that time there wasn’t a single American living in our house. But we were all trying to assimilate into American culture.” Martins mentioned they celebrated American holidays, but tried their best to incorporate their own culture. “For Thanksgiving, we would obviously have the turkey, but we would also have Al Kabsa on the side, which is an Arabic meal. We would have a Venezuelan soup and it’s cooking in this big pot outside. “

Martins feels strongly that the kind of multicultural exposure he benefited from growing up would be a solution to decentering whiteness in the U.S. “One of the most beautiful things about humanity is how different we are, and when you’re able to see the differences in our cultures, you’re able to really find the beauty in them,” he said. “And there’s so much that you can learn—about not only the world but about yourself as well, just from these different cultures. And I think that’s one of the most important things about being human, being able to see all the differences and say, ‘Yeah, that’s a part of my—I want to say my identity,’ but really it’s, ‘that’s a part of my humanity.’” 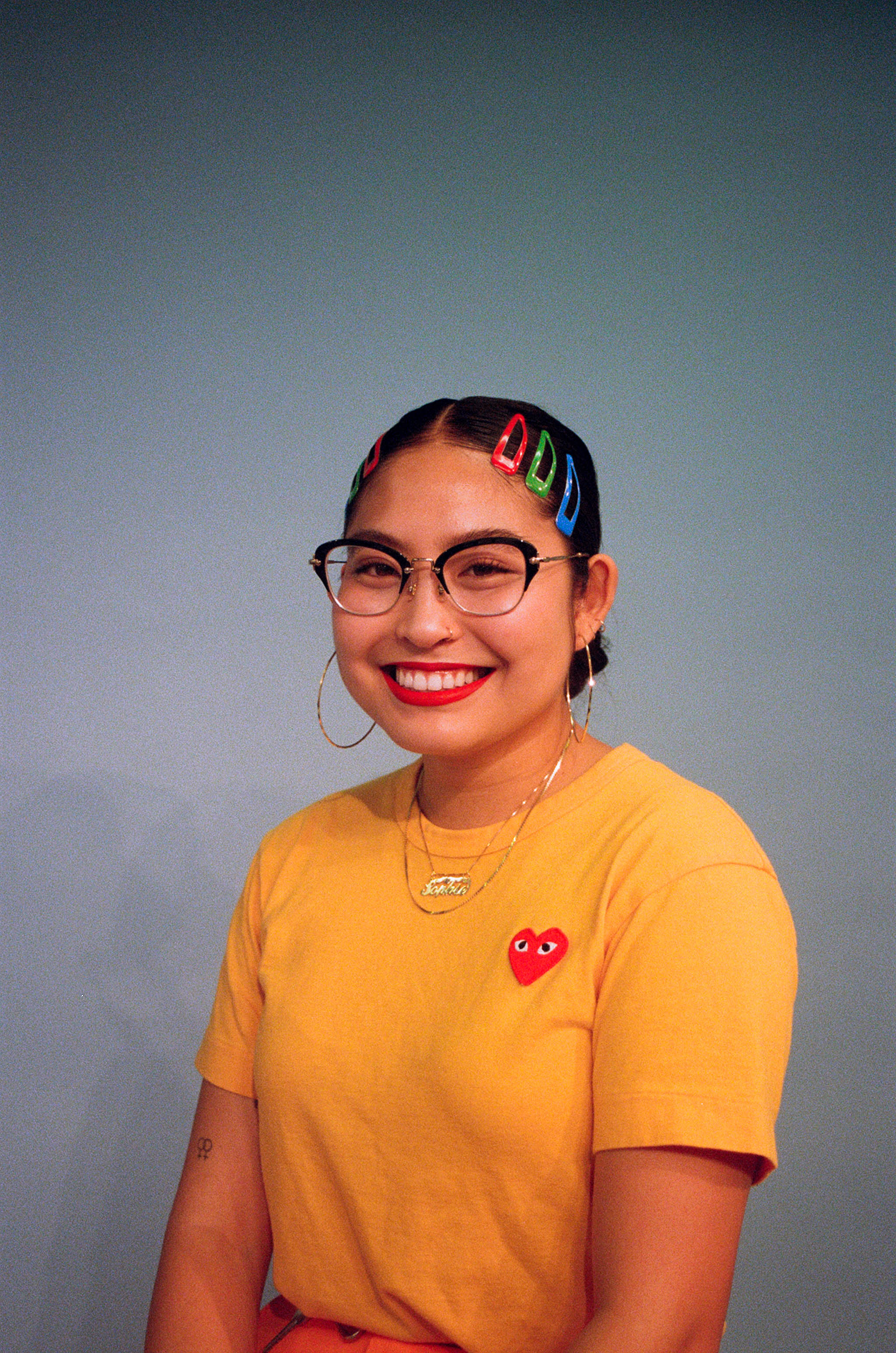 Sophie Kim, 23, is a second-generation Filipino and Korean American from Orange County, CA. She was raised with multiple religions: Catholicism, Atheism, and Buddhism. “For somebody who comes from a multicultural household,” she said, “it’s weird to have to define—it’s like, How long do you have?”

“My mom is one of seven kids and my dad was one of four kids and both of them were the first ones to [marry] somebody outside of their own ethnicity,” Kim said. “So growing up, everybody would remind me and my sister how mixed we were, and for a long time, I didn’t fully understand what it meant to be mixed race because I’m Asian. That’s my race. No one ever really addresses the complexities of being mixed ethnicity within an Asian culture, especially because people with one ethnicity in an Asian culture have a lot of pride in that sense of belonging to their mother country and speaking mother tongues. [They] kind of gatekeep the culture and so I always felt super weird navigating how Filipino I am or how Korean I am.”

READ:  How Pandora Won Its Royalty Battle But Lost the War to Spotify

On forms where she had to list her race and ethnicity, it was always difficult. “I remember for the longest time Filipino wasn’t an option,” she said. “And so my sister and I thought that we were Pacific Islanders just because of what the options were. I really don’t like the fact that you either have to be Hispanic or not Hispanic. Also, what does Hispanic even mean? The Spanish colonized the Philippines, so for you to say that I’m Filipino but not Hispanic or Hispanic, it’s so weird. The entire language needs to be changed.”

Kim grew up not knowing her mother tongue, but she didn’t let it stop her.  “My parents kind of did us a disservice by not teaching us Korean or Filipino or speaking the languages at home,” she said. “It really affected me to the point where I currently am taking Korean classes because I really want to be able to communicate with my grandpa. And I’m still trying to figure out how to connect myself more with the Filipino culture of my side because I definitely have a stronger relationship with my Korean side.”

In terms of understanding her identity within society’s terms, Kim mentioned the changes that need to happen. “ I definitely feel like we as a country need to step back and reevaluate how we define race, ethnicity, just all those categories,” Kim said. “It’s become convoluted on the internet and people will try to talk about race, but then it’s like, Oh, no, you’re talking about colorism, and there are so many layers. I feel like no one’s taught us how to navigate any of these conversations because we never have them in public school.”