The sartorial vibe at the Capitol today? Shades of “stability,” Suffragettes, and artsy teen. Yet, amongst an impressive crowd of CDC-spaced attendees at the 46th Presidential Inauguration, one politician’s ensemble won Most Meme-able: Bernie Sanders. The Vermont senator was serving his trademark normcore realness in an (already well-memed) jacket, refreshingly Forgettable Pants™, and of course, those mittens. So beige. So Fair Isle. So tethered to reality.

Sanders went full indie with his mittens, which were made by a Vermont-based schoolteacher, Jen Ellis, out of upcycled wool sweaters and plastic bottles. They were the perfect brown-beige cherry on top of Sanders’ look; with his legs crossed, arms folded, and eyebrows steady as a measuring level, his body language fell somewhere between Sharon Stone in Basic Instinct, and that-guy-who-sits-by-the-duck-pond-at-the-library.

Die-hard Bernie bros can commission them from the designer here:

Above all, Sanders’ Little Miss Muffet for the Working Class energy was the visual oatmeal cookie we needed: Comforting. Relatable. Probably full of raisins. A reminder that, after this moment of much-deserved pomp and celebration, we have a lot of work to do.

In celebration of Vermont’s most long-legged iconic democratic socialist, we, too, can make our hands feel better than baked goods with similarly teddy-bear-ish mittens from UGG ($64): 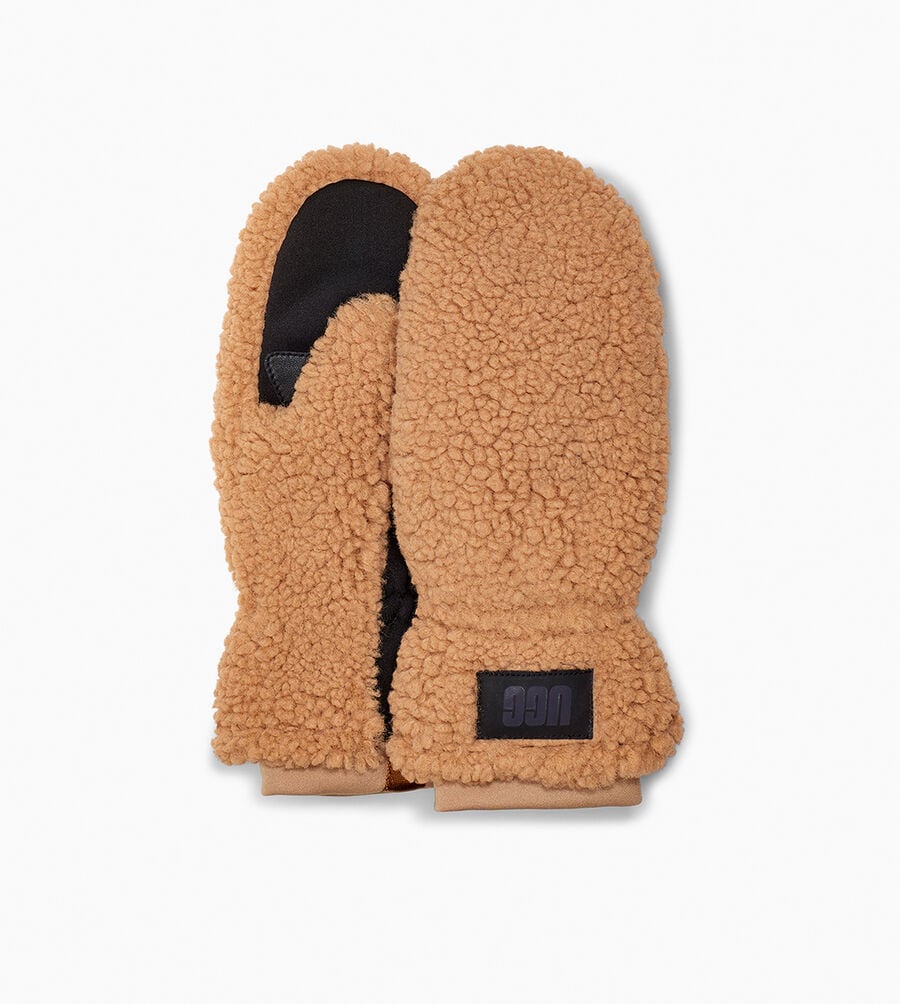 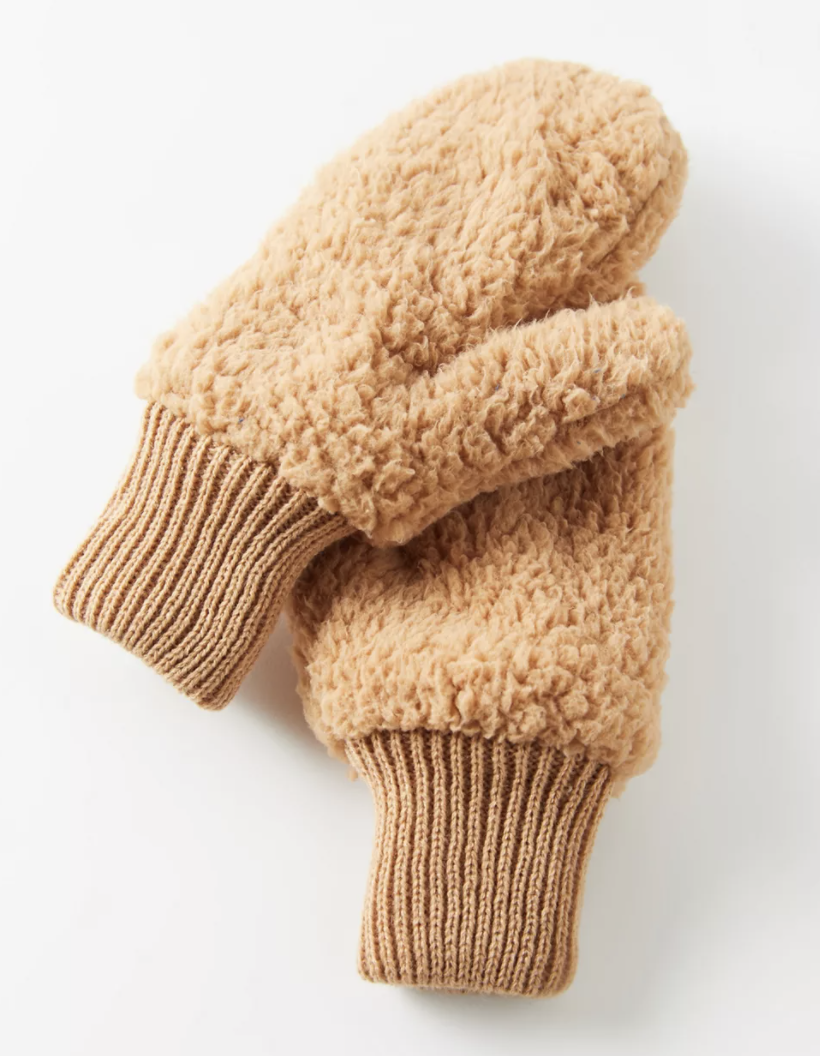 …and upcycled mittens by indie Etsy designers like Cherry Pat Hats ($45) and One Stitch Away ($36, and visually, the most similar to Sanders’). 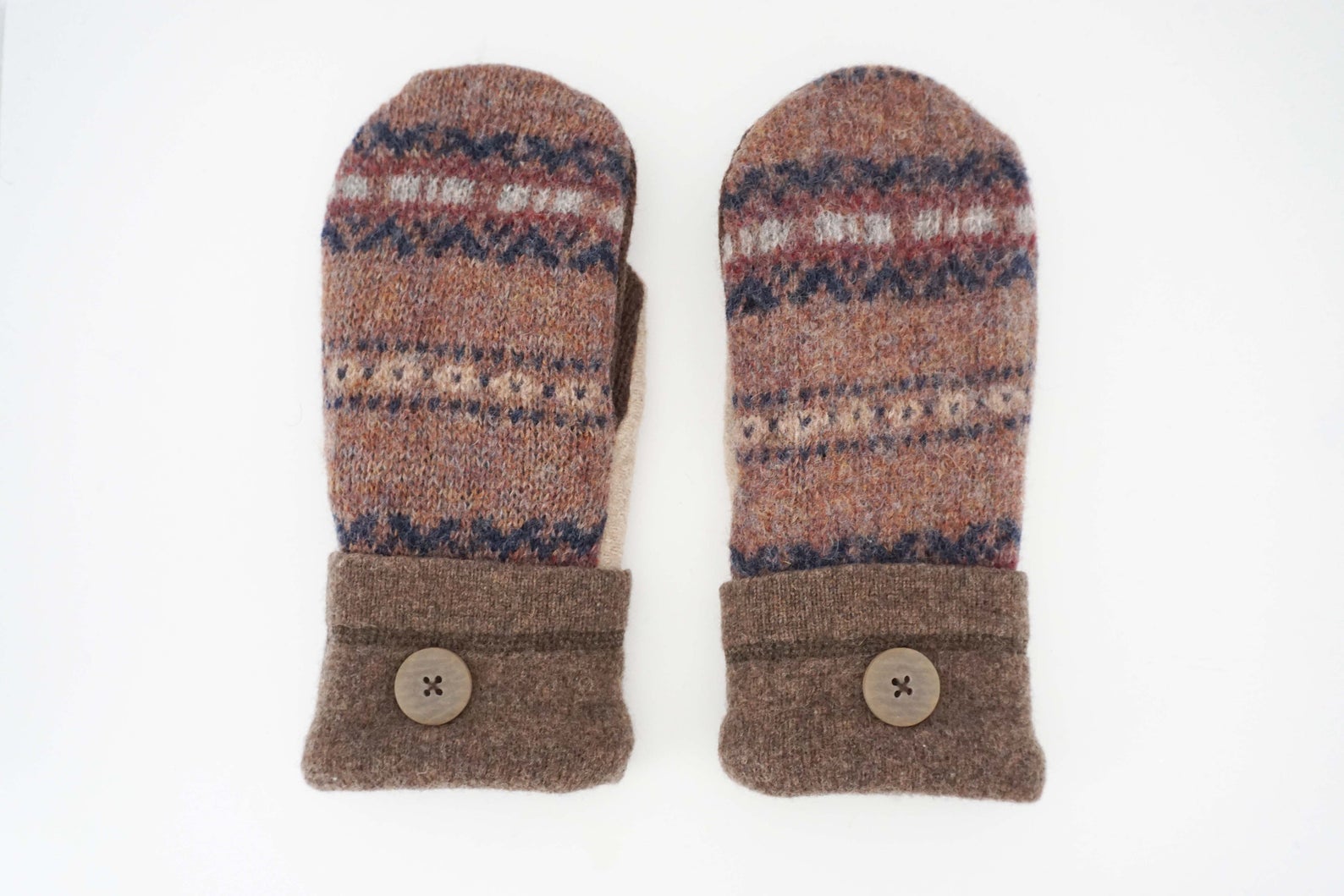 Hell, even Everlane has an eco-conscious mitt—although Bernie, in typical fashion, once tried to help that company unionize, and he’d probably prefer if you bought from a small business. Bernie’s gonna Bernie, but the man likes to stay cozy. After all, he’s from Vermont.