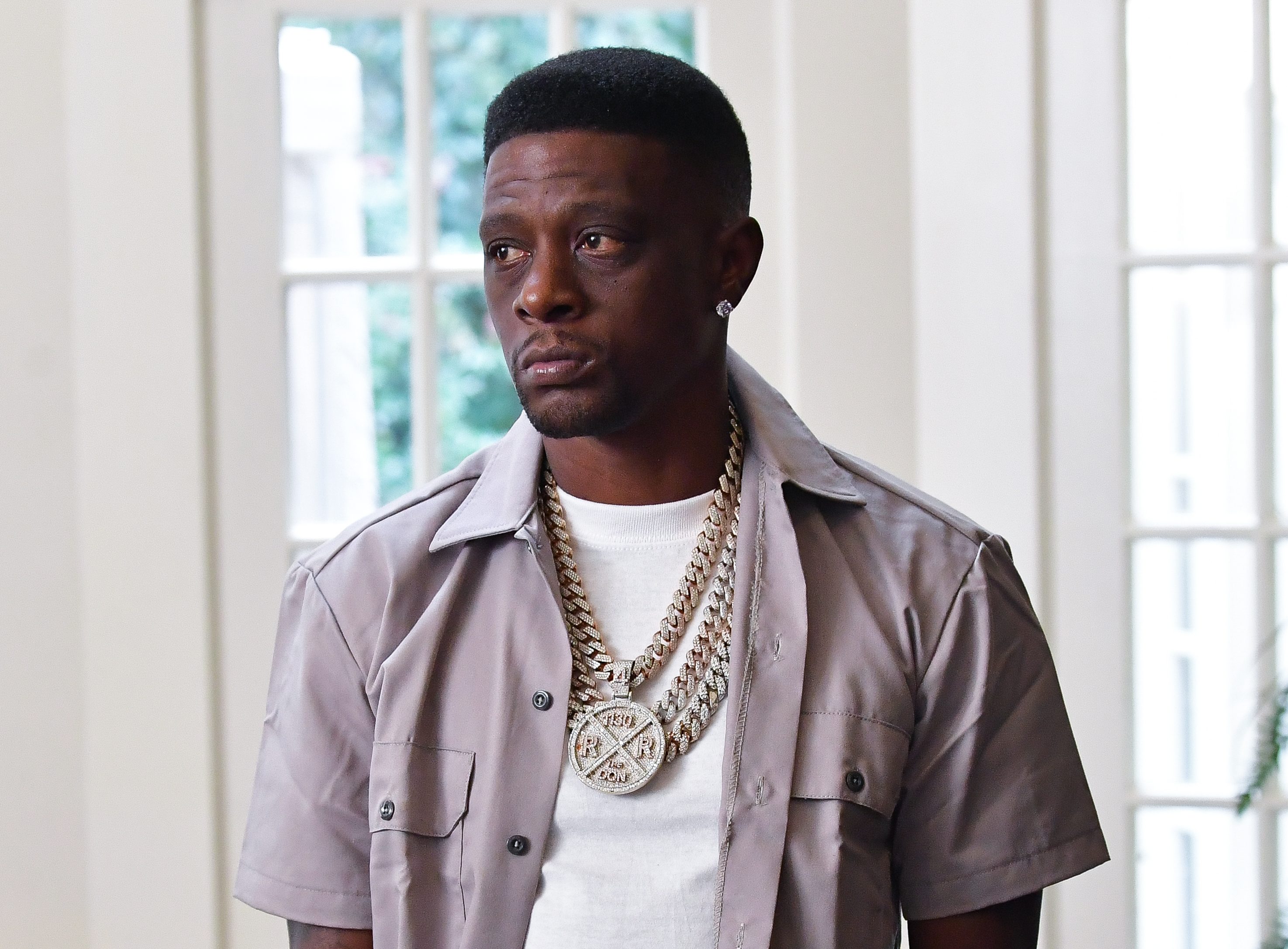 Boosie Badazz is stirring up reactions online after giving his opinion on Lori Harvey’s public image, making comments about her “body count” and calling Michael B. Jordan a “simp.”

The Louisiana rapper appeared on VladTV when (for some reason) Vlad asked Boosie about his thoughts in Lori’s dating history, specifically name men he assumed she dated. That’s when Boosie let his Lori criticism roll off his tongue.

“I think we need to stop giving the women the power with situations like this,” the rapper began. “Girls keep saying it’s ‘goals’ but this is not goals. We gotta start giving the bachelors, the men, who are running through a beautiful woman like this the credit, who not housing her, running through her. The last time I went to Diddy’s house, him and Bu was together. They dogs…I know Lori [is] a beautiful woman, but we gotta stop giving the glory to the women. What about the bachelors? … She’s not tied to none of them. What about the Futures? The Trey Songz? Who are really bending through these hoes? … We gotta start giving them the credit instead of Lori.”

Boosie went on to say he would never marry “a woman like that,” but wouldn’t mind sleeping with her. “I’m just trying to fuck…I just want a beautiful good girl,” he said. Fans have been jumping up on Lori’s defense by calling Boosie a hypocrite. The rapper has an insummable amount of baby mamas and folks want him to just stop commenting on women’s business altogether.

One fan wrote, “Boosie is 38 with 8 children, 6 babymothers and diabetes 24 year old Lori Harvey should be the least of his worries.”

Hit play to see the clip below.

Yikes! Do you think Boosie is being a hypocrite here?

Boosie got 6 baby mamas and hired a sex worker to give his 14 yr old head and y’all listening to him talk about “How Lori Harvey aint wife material.”