On Monday, Sony unexpectedly announced a reversal of the company’s widely criticized decision to shut down the storefronts used to buy games for the PlayStation 3 and Vita. Just hours before the news hit, however, I’d received a press release with a pretty sensational headline: “TOP HAT STUDIOS, INC. TO RELEASE THE FINAL EVER PS VITA GAMES.”

The release itself was more ambiguous. “May be the last ever releases,” read a more carefully worded line buried beneath the headline. But according to this news, the visual novel Synergia would be the penultimate game for Vita, and horror game Sense: A Cyberpunk Ghost Story the last. Both would arrive on April 27, a few days after ScourgeBringer, the previous game to declare itself The Last Game on Vita. ScourgeBringer was published yesterday.

There had to be a last game eventually. Shutting down these stores meant there would also be a point where nothing else could be added. And so, some game would be the final game.

Except that wasn’t true anymore! The stores weren’t closing. The press released trumpeting these games as the final releases for the Vita hit my inbox in the middle of the night, and less than 12 hours later, Sony had suddenly delivered news that completely reversed it.

“At the time of issuing the press release, we had previously discussed things with a [Sony] representative who had implied these would be the last released games on Vita to their knowledge,” said Top Hat Studios producer Andi Han.

Sony told developers and the public that its storefronts were closing at the same time, blindsiding both. The reversal was equally problematic, arriving for both simultaneously. The lack of communication from Sony has been one of many sources of ire about this issue.

“While it’s good that gamers will continue to be able to pick up games when they want for the foreseeable future, it does put developers/publishers in a bit of a hard position,” said Han. “The store reversal is a nice gesture itself but we still feel like the general situation leaves a lot of people like us in the dark. There hasn’t been really any communication on the store or on further submissions, and this lack of clarity is very discouraging.”

Han said “increasingly deprecated release tools” were partially responsible for releasing Synergia and Sense so late, suggesting communication was not the only issue with Sony and the handful of creators who remained interested in releasing games for its handheld. 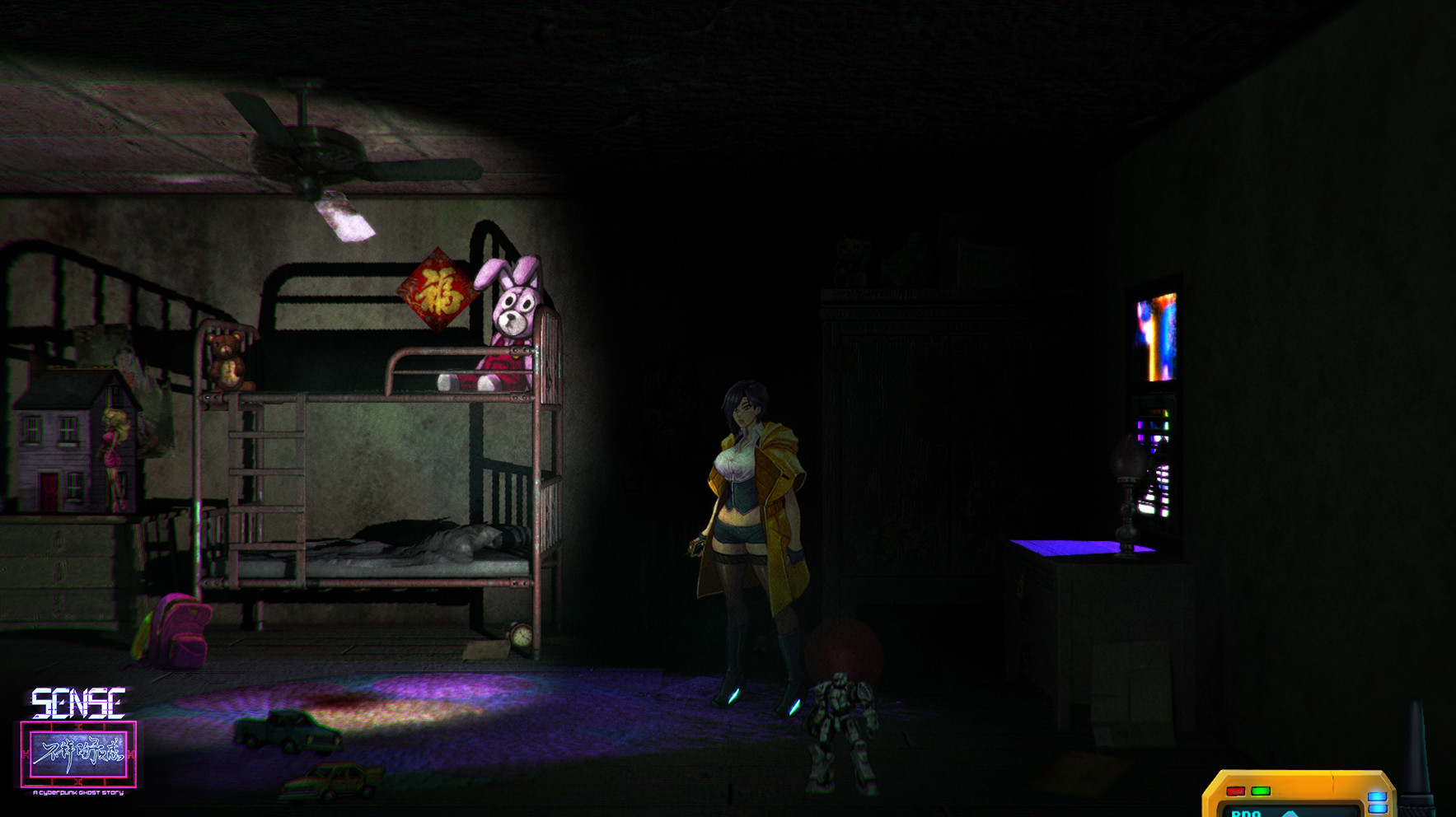 A screen shot from the video game Sense.

Being The Last Vita game is a splashy headline, perhaps, but it comes with an important caveat: there isn’t much time for people to buy what you’ve spent time and money making.

READ:  This Easy-To-Use Automatic Curling Iron Gives You The Waves Of Your Dreams & It’s On Sale

“The reason why we wanted to get some last games onto the store so badly was actually more down to nostalgia reasons from ourselves,” said Han. “While we’re sure that there would have been some uptick in sales from the planned closure (and all the resulting attention in its final days), really the reason we wanted to get the games up was because some of the first work we did as a company was outsourced programming on Vita games, and we’ve been closely associated with great Vita community online since day one of our publishing operations.”

“The store reversal is a nice gesture itself but we still feel like the general situation leaves a lot of people like us in the dark. There hasn’t been really any communication on the store or on further submissions, and this lack of clarity is very discouraging.”

The Vita wasn’t a success in the traditional sense. It didn’t sell a bajillion units and make everyone involved a lot of money. That ended up being Nintendo’s Switch, and it’s why Sony ditched it. But it was a cool, well-made device with a funky user interface and players that loved it very much. A lot of people have grown an emotional attachment to it over the years.

READ:  This Self-Destructing Website Is Impossible to Sell As an NFT

It’s also true niche audiences tend to be audiences that put their money where their mouth is. Part of the reason developers port their games to Vita as a stunt is because Vita players frequently reward them with enough sales to justify the port. The Vita audience is loyal.

“We owe a lot to it [the Vita]  and it’s nostalgic to think about those first days,” said Han. “We thought it’d just be a nice gesture/thing to do for the handheld that started a lot of things for us.”

Synergia and Sense will be published on Vita next week. The difference is that you’ll be able to buy them for more than four months. The Vita and PS3 stores remain open—for now.