Crowds of people gathered around Minneapolis, Washington, and other cities across the U.S. on Tuesday afternoon bracing for potentially more heartbreak once word started spreading that the verdict in the murder trial of the ex-Minneapolis officer who killed George Floyd was about to be announced.

But anxiety quickly turned into hugs and tears of relief, as news traveled from the Hennepin County Courthouse in Minneapolis around 5 p.m. that the jury had found Derek Chauvin guilty on all three counts, including second-degree murder, after just 10 hours of deliberation.

Scenes erupted outside the courthouse and outside the Cup Foods store where Floyd was murdered last May under Chauvin’s knee, as well as at Black Lives Matter Plaza in D.C., among other places around the city, as people felt the weight of the moment.

Floyd’s death last May sparked an international reckoning about race, racial injustice and police brutality. Ensuring a guilty verdict in Chauvin’s trial was about justice for Floyd and Floyd’s family, but was also a test for the U.S. justice system to see if it was capable of holding police accountable when they killed Black people. 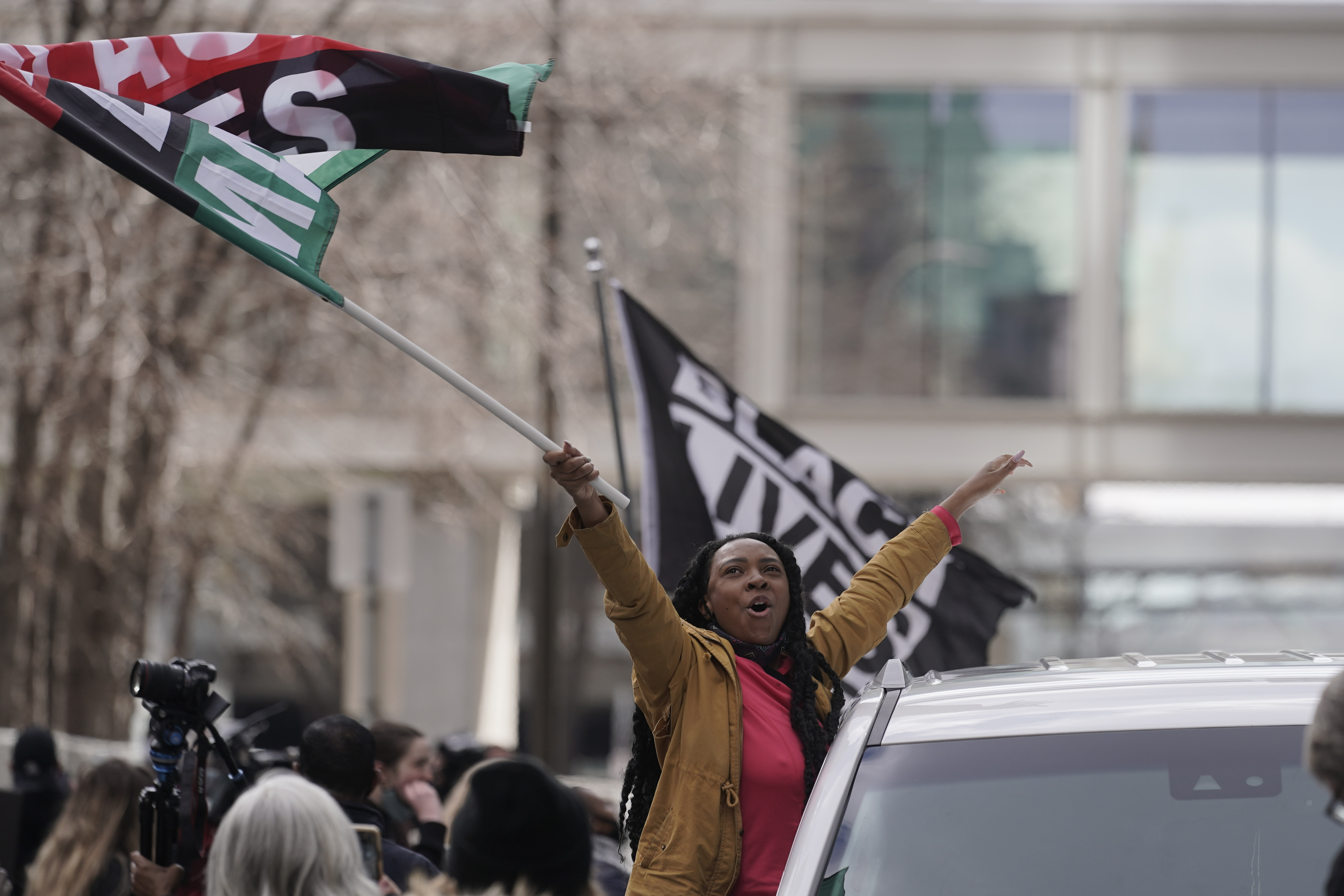 Peoplke cheer after a guilty verdict was announced at the trial of former Minneapolis police Officer Derek Chauvin for the 2020 death of George Floyd, Tuesday, April 20, 2021, in Minneapolis, Minn. (AP Photo/Morry Gash) 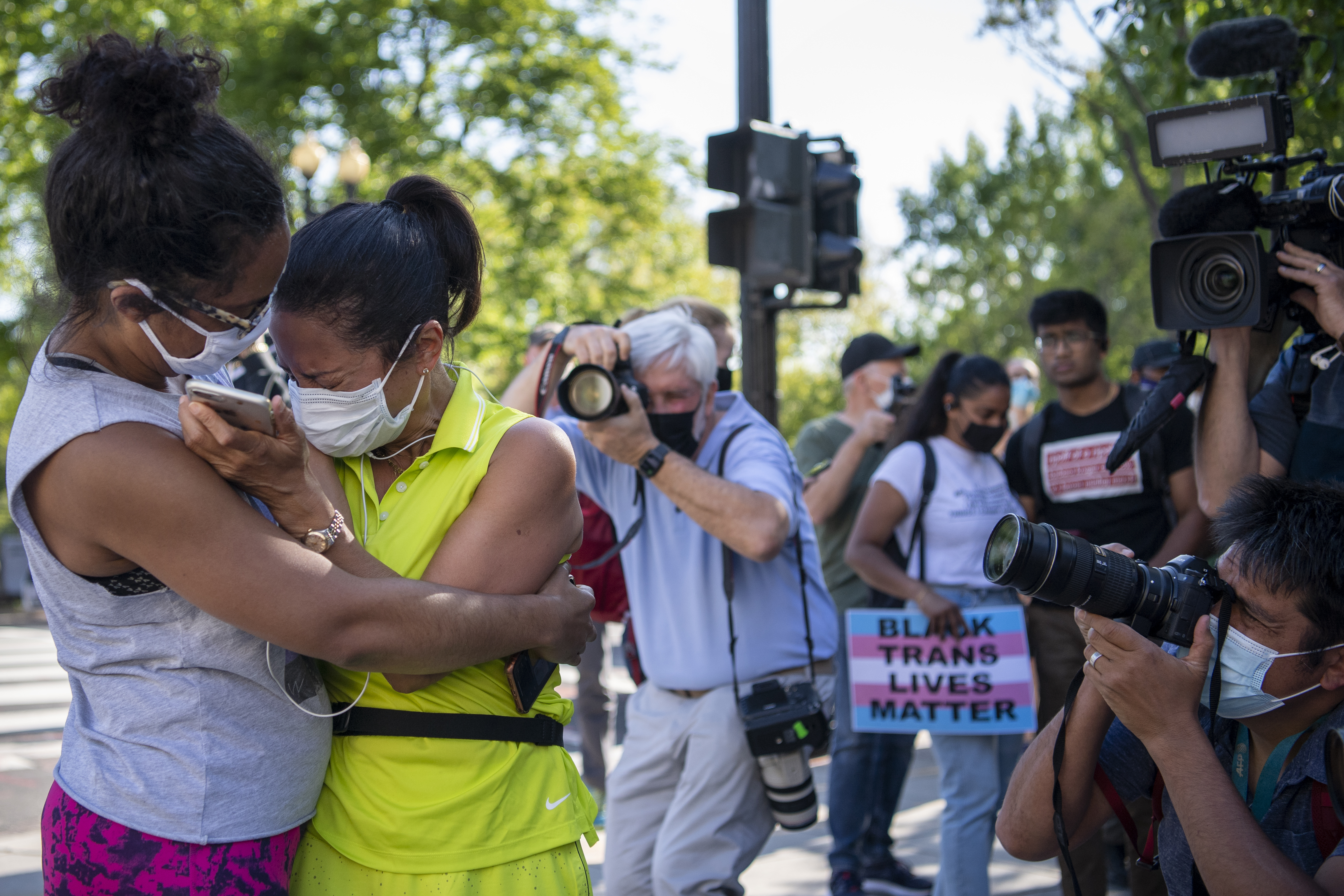 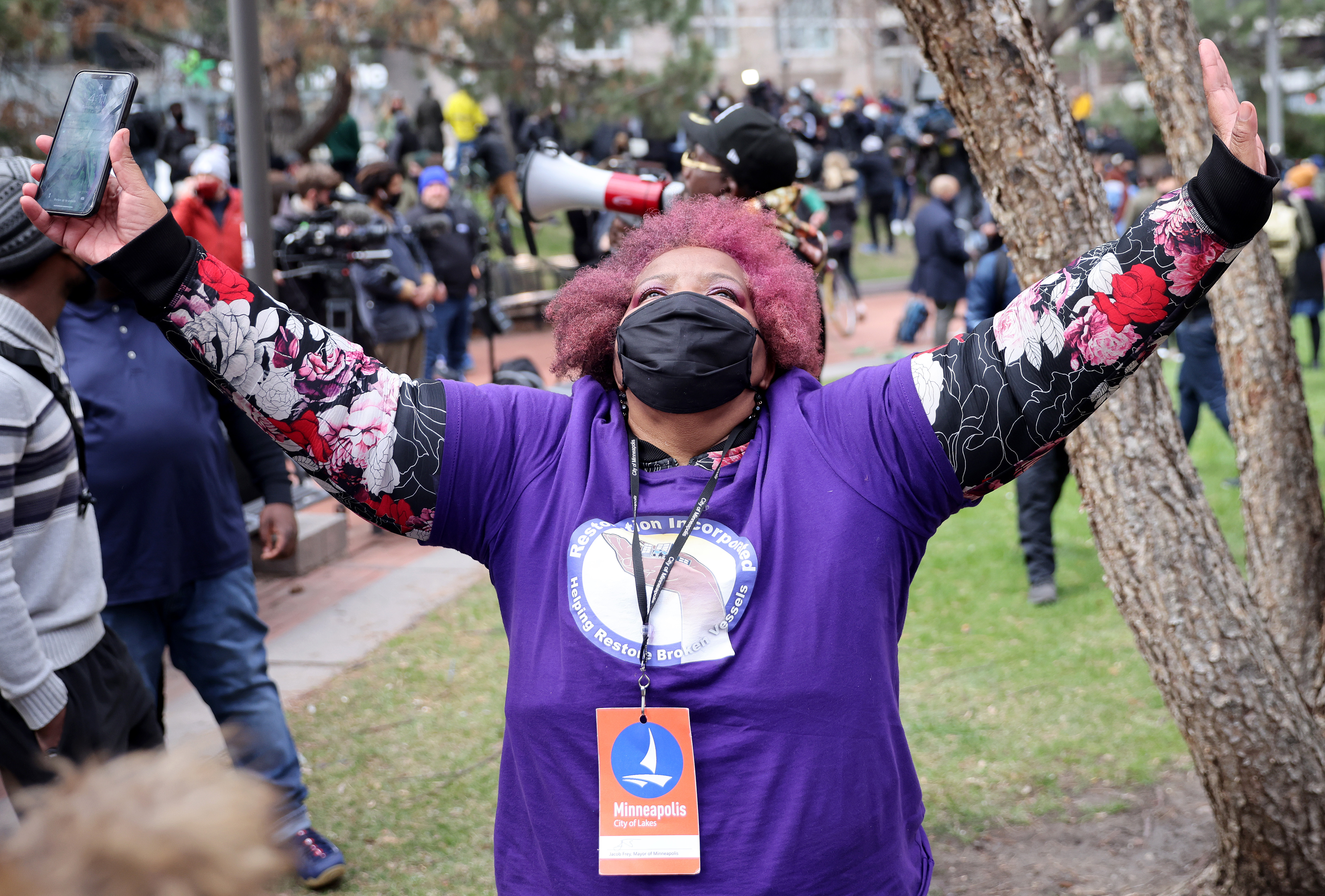 People react after the verdict in the Derek Chauvin trial April 20, 2021 In Minneapolis, Minnesota. (Photo by Scott Olson/Getty Images) 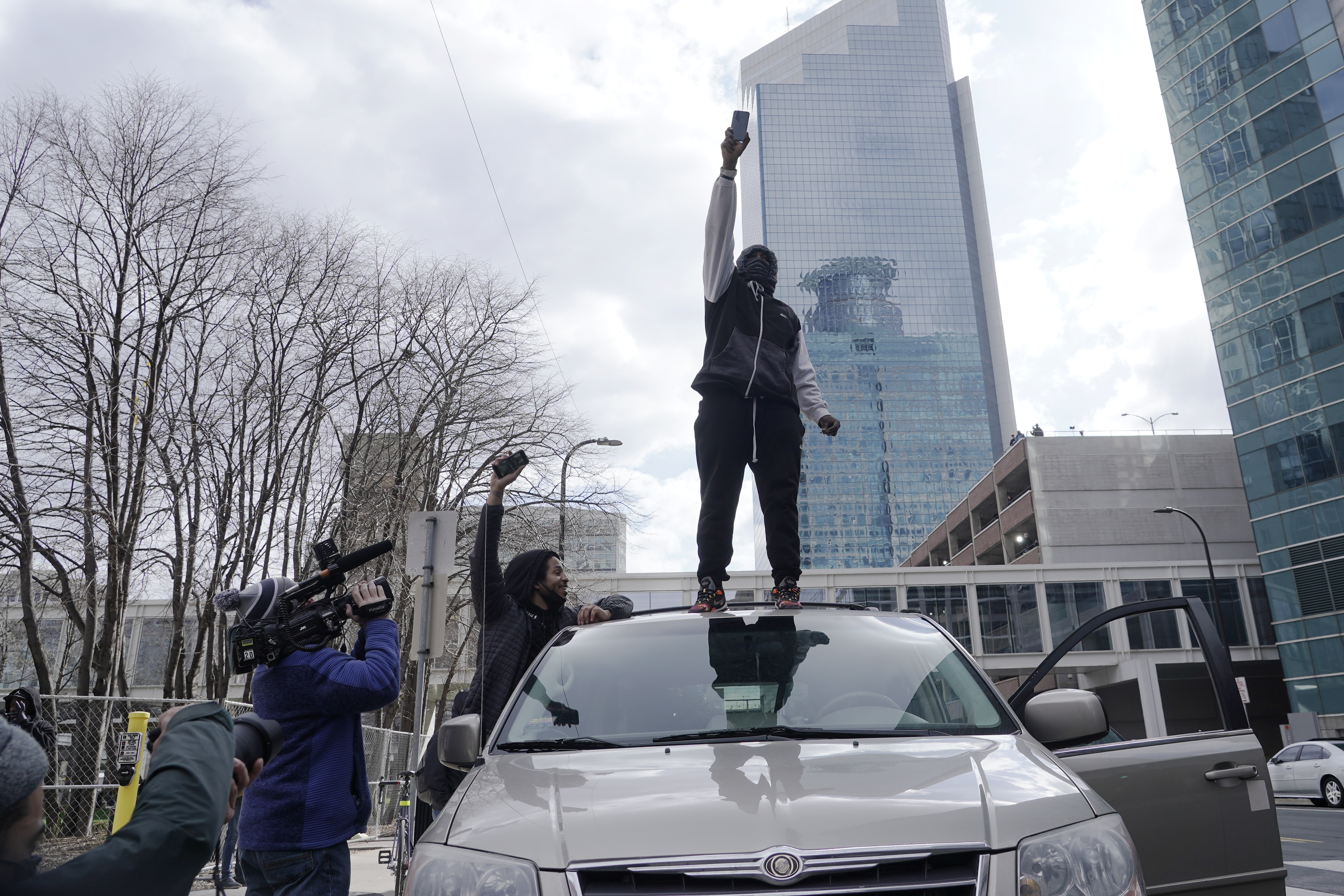 People cheer after a guilty verdict was announced at the trial of former Minneapolis police Officer Derek Chauvin for the 2020 death of George Floyd, Tuesday, April 20, 2021, in Minneapolis, Minn. (AP Photo/Morry Gash)