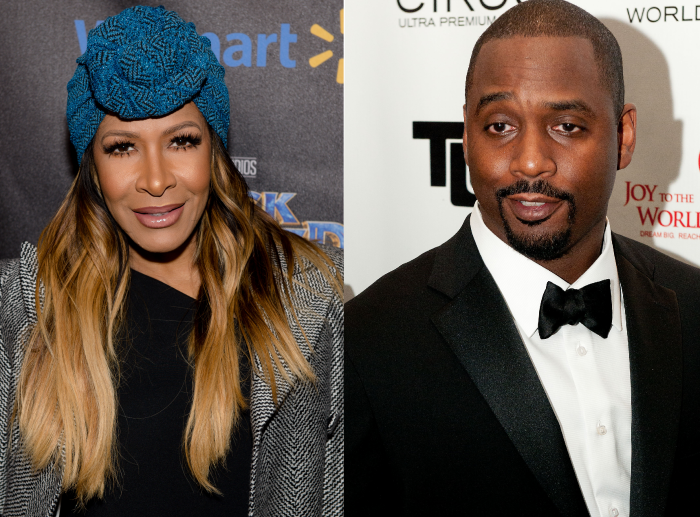 Sheree Whitfield might be getting her dream destination wedding after all! After years of patiently waiting, the Real Housewives of Atlanta O.G. is back booed up with her longtime love Tyrone Gilliams who was recently released from prison.

Gilliams, 55, who was serving a 10-year sentence for allegedly leading a $5 million fraud scheme confirmed the news himself to TMZ, telling the outlet that he’s living in a halfway house in Philadelphia and Sheree has been helping him adjust to life on the outside.

Tyrone noted that he and his housewife boo are “eating cheesesteaks” and Sheree’s teaching him about the latest technology that he missed out on while locked up. Gilliams who was released early due to COVID spreading in prison added that the “time was right” to rekindle their old flame and said he could see them getting married down the line, but not yet.

AllAboutTheTea is also following the latest development in Sheree’s love life and reports that a source tells them that a wedding between Sheree and her recently released prison bae is imminent because they’re “soul mates.”

“Sheree and Tyrone are soul mates, they knew when he got out that the two would marry,” an insider told the outlet.

As previously reported during RHOA season 10 Sheree was smitten by Tyrone and made phone calls and visits to her boo in lock up. The two dreamily talked about their future that included a destination wedding and a “man cave” in Sheree’s Chateau Sheree mansion. Sheree’s boo was also heard on the show throwing shade to NeNe via his cell.

Sheree was also defiant when fans criticized her for dating a man in prison and urged people, in particular Kenya Moore, to “#sweeparoundyourdoorsteps.”

A few months later Sheree said she was “keeping her options open” while noting that she was uninterested in marrying someone stuck behind bars. She did add however that she could see a future with Tyrone.

“He is a good guy and he is still my best friend,” said Sheree to US Weekly. “I mean he would love to marry me right now, but I am not marrying someone who is in prison. I am keeping my options open. I meet people all the time and the crazy thing is, no one has been able to hold my attention or grab it. No one has been able to get in my mind and my head. He is still around, but I say at the same time, I love him and I have said it before, if he comes home and I am still available and everything is great, what he is doing and what he says he is going to do, then absolutely I can see a future.”

The Sheree/Tyrone news is sparking chatter amongst Bravo TV fans who want to see the couple on the next season of The Real Housewives of Atlanta.

READ:  Gwyneth Paltrow’s metabolism was affected by Covid, but don’t worry, she’s on a diet

Do YOU want to see Sheree and Tyrone on #RHOA???