There are few animals in nature that capture the human imagination as vividly as predatory sharks, such as the modern great white or the extinct and humongous Megalodon. We tend to picture these apex hunters at their most intimidating adult stage, but even the largest known sharks started small as young pups, often learning the ropes of predation in marine nurseries.

Paleontologists have now discovered dozens of juvenile teeth near Summerville, South Carolina, that belong to an extinct species of megatoothed shark called Carcharocles angustidens. The find suggests that the fossil bed may have been a haven for shark pups some 24 million years ago, according to a presentation entitled “Baby Megashark: Do Do Do Do” last week at the meeting of the Society of Vertebrate Paleontology.

Shark nurseries have been found before in places like Panama and Chile, but the new discovery is the first shark nursery confirmed by fossils in North America as well as the first large population of juvenile C. angustidens that has been unearthed.

A predecessor and close relative of the famous Megalodon, C. angustidens flourished during the Oligocene epoch, some 34 million to 23 million years ago. The shark could grow to lengths of nine meters (29 feet) from nose to tail fin, according to Addison Miller, who led the new research while pursuing an bachelor’s degree in geology at the College of Charleston before graduating in May.

“We still know very little about the ecology and distribution of C. angustidens owing to the limited numbers of Oligocene shark-bearing fossil sites worldwide,” said Robert Boessenecker, a research fellow at the Mace Brown Museum of Natural History at the College of Charleston and Miller’s advisor on the study, in an email. 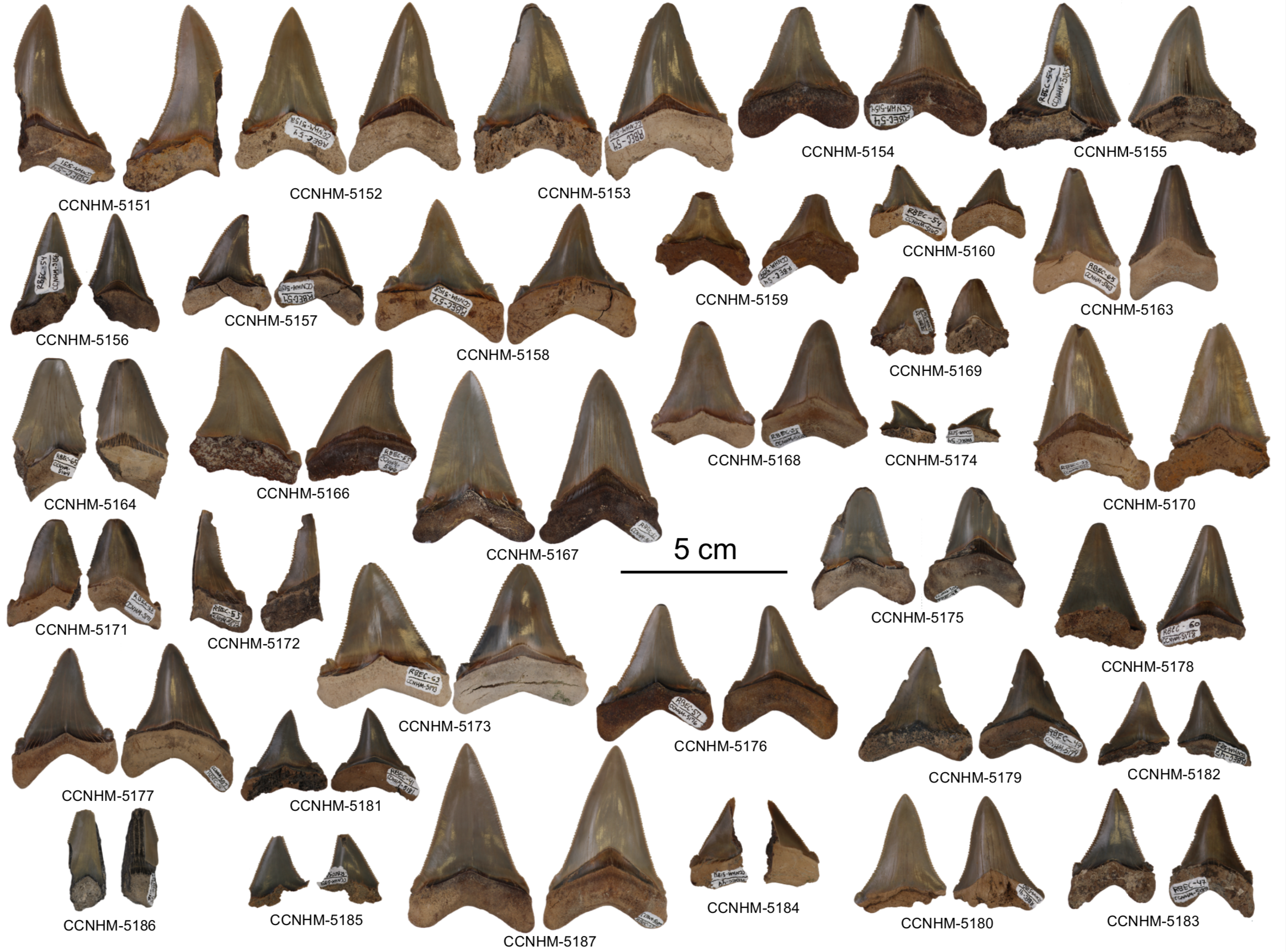 Boessenecker noted that paleontologist Robert Purdy had speculated in 1996 that fossil beds in South Carolina might contain an ancient shark nursery, but that “it was never followed up.”

“We were able to test his hypothesis, and found support for it, from two different assemblages of teeth,” Boessenecker said. “This study also helped clarify some of the variation in dental features used to identify these teeth—which is usually only possible with large sample sizes like this.”

The new research, which is not yet published in a peer-reviewed journal, is based on 84 teeth collected from the Chandler Bridge Formation, as well as three teeth from the nearby Ashley Formation. Miller calculated the expected size of the sharks based on these fossils, and found that about 90 percent of them were juveniles, with the remaining tenth split between adults and newborns. 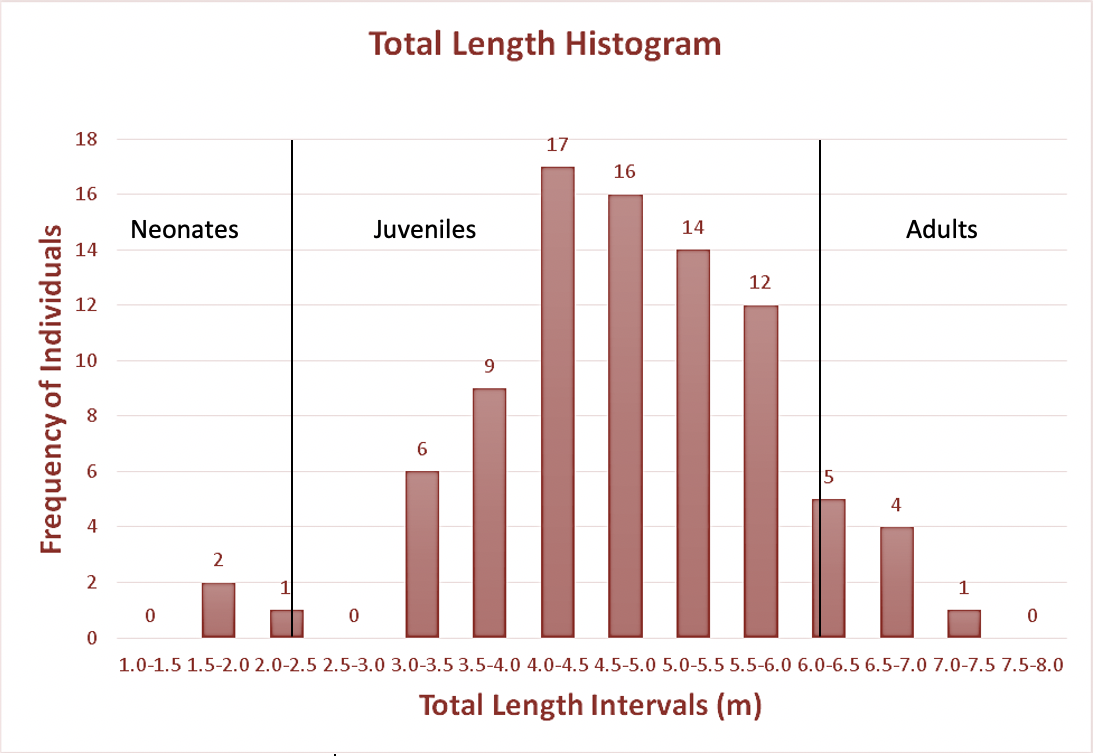 In addition to providing evidence that the assemblages preserve a (relatively) safe haven for baby megasharks, the team also found that the C. angustidens population at this site is the largest known in the fossil record, at 8.85 meters in length.

These details are important because there are major gaps in our knowledge of C. angustidens, including how it grew, what it ate, or the size of its global range.

READ:  Should Everyone Get Routine COVID Tests?

“One question that I would be interested in pursuing in the future would be the total body length (TBL) minimum of a C. angustidens neonate or newborn,” Miller said in an email. “Since we have proposed and defended a new TBL maximum of 8.85 meters, it would be wonderful come full circle and propose a possible minimum TBL as well!”

The new finds also shed light on the evolutionary trajectories of megasharks over the past 30 million years or so, when these enormous predators were more common in Earth’s oceans.

“These teeth are late in the Oligocene, and share some features with teeth of the species it evolved into during the early Miocene—Carcharocles chubutensis,” Boessenecker said. “So, we were able to document a little bit about ‘evolution at work’ in addition to the nursery details.”

“These questions can all be answered provided that enough fossils are discovered,” Boessenecker said.

Chelsea Handler & 50 Cent: How The Exes Really Feel About Each Other Amid Twitter Feud Over Donald Trump

At Home With Christine Evangelista: See Inside ‘The Arrangement’ Star’s Luxe Hamptons Hideaway

Chelsea Handler & 50 Cent: How The Exes Really Feel About Each Other Amid Twitter Feud Over Donald Trump

At Home With Christine Evangelista: See Inside ‘The Arrangement’ Star’s Luxe Hamptons Hideaway