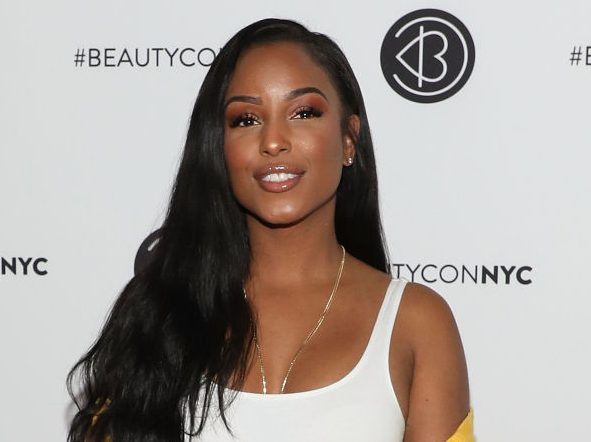 LaToya Ali is sorry after being put on blast over her behavior and bigoted comments in a resurfaced youtube clip. The footage went viral on social media, with “Real Housewives of atlanta” fans disappointed on the star who just joined the reality TV show this season.

LaToya said in the controversial clip:

“This girl is super ghetto. She has huge Donkey Kong lips. Y’all close your eyes. Just imagine a face with two pillowcases as lips going like this. Now open your eyes.”

Fans called for LaToya to be “cancelled” over the clip, even reaching out to Bravo via social media. Now, the 32-year-old is sorry for her past behavior.

In the apology posted to social media, LaToya writes:

“First and foremost I would like to apologize for the triggering language that I used in a video clip that resurfaced from 7 years ago. Despite the fact that my intent was not to cause harm or offend Black women, I did just that.
I am a proud black woman and I think all black women are valid and beautiful. I was ignorant to the fact that my words were perpetuating inherent biases and anti-blackness that we as black people deal with every day.

With that being said, ignorance is not an excuse. I have learned and grown exponentially since then, particularly within the last year. Those words do not reflect the woman I am today, and again I am truly and sincerely apologetic for the hurt that I have caused.”