In the same state where an anti-government militia plotted to kidnap the governor, a separate group of neo-Nazi terrorists hatched their own plot: Establishing a white nationalist, heavily armed, and fortified “community” to launch the so-called race war.

At the center of it all was Justen Watkins, 25, a former leader of the Base—the domestic terror group under the shadow of a persistent FBI crackdown—now awaiting trial in Michigan. Following a joint FBI and Michigan State Police investigation, Watkins was charged with gang membership for his association with the Base and using computers to commit a felony. (Part of those charges stem from a December 2019 incident, where Watkins allegedly attempted to intimidate and threaten the life of an antifascist activist.)

According to secret chats obtained by VICE News between known accelerationist neo-Nazis, a subset of the far right that believes terrorism will hasten the collapse of the U.S. government, Watkins claimed he was going to be purchasing and occupying land in the Upper Peninsula of Michigan, not far from where he was eventually arrested.

“We are buying houses and land and fortifying them,” said Watkins under an alias on the encrypted chat app, Wire, in early 2020. “Land is cheap […]  I’m setting up a community up there. Going to have houses set up to get guys moved in and situated.”

Watkins described the Upper Peninsula to others as a place that was practically a “white-ethnostate,” given its demographic makeup, while allowing there was a Native American reservation near his planned community.

“The faster we get guys the faster we can snowball property grabs. Get four plus guys in a house splitting property tax and food and saving up for each of them to buy the next bit of land and move in four more to help.”

Last October the FBI thwarted a shocking plan involving members of the anti-government militia “Wolverine Watchmen” to kidnap Michigan Governor Gretchen Whitmer. Thirteen men were arrested for the plot, which had allegedly been in the works since at least the spring of 2020. The planned abduction of Whitmer came out of the anti-lockdown fervor in the state, where the Capitol in Lansing had become one of the early targets for armed-militia protesting mask-mandates and lockdowns in the country since the pandemic first began.

Watkins came onto the radar of local media in June 2020, when he was spotted counter-protesting at a local Black Lives Matter rally in Bad Axe while carrying a rifle and wearing a skull mask along with others. Watkins, who is currently free on bond, tried attracting other members of the Base and parallel organizations to join the community project, saying they could easily find work in “snow removal/landscaping” in the area of the planned compound.

Inside the same chatroom, known aliases of suspected members of Atomwaffen Division, a sister group to the Base connected to five murders in the U.S., were active. The chatroom was a place where members of different affiliations mingled and discussed the state of their violent movement. Watkins made it clear to all that he had already begun operating in the Upper Peninsula and wanted committed, militant neo-Nazis intent on paramilitary training for the so-called race war to join.

“I’ll be looking for solid guys,” said Watkins to the group chat. “I already got a guy up there [..] We are already training every single day.”

Rob Dawid, the attorney representing Watkins in court, said he had “no comment at this time” regarding his client and the planned compound.

READ:  Arrested SIM Swappers Include a Member of the Infamous 'Chuckling Squad'

Though no evidence has ever been made public that Watkins and the Base had secretly planned on setting up an armed community in the north of the state, part of the affidavit against Watkins describes the Base as an organization bent on establishing “(w)hite ethnonationalist rule in areas of the U.S., including Michigan’s Upper Peninsula.”

Previously, the Huron Daily Tribune reported how a family homestead near Bad Axe where Watkins was arrested in October had been used as a “training ground” for the group. The property, the paper reported, was owned by a local optometrist whose son, a member of the Base, was living with Watkins and others. (The optometrist couldn’t be reached for comment.)

The son, who was reportedly seventeen when he was with the Base, told the paper he wanted to use the land to build a “community of like-minded individuals” and said that Watkins was focused on it as a training center.

In the lead-up to the arrest of Watkins it was well-known among members of the Base that he held “hate camps” (neo-Nazi parlance for paramilitary training sessions) on a friend’s property in rural Michigan. The property featured prominently in a fall 2019 propaganda video made by the group showing several masked men wielding assault rifles and threatening perceived enemies to the beat of a metal track. 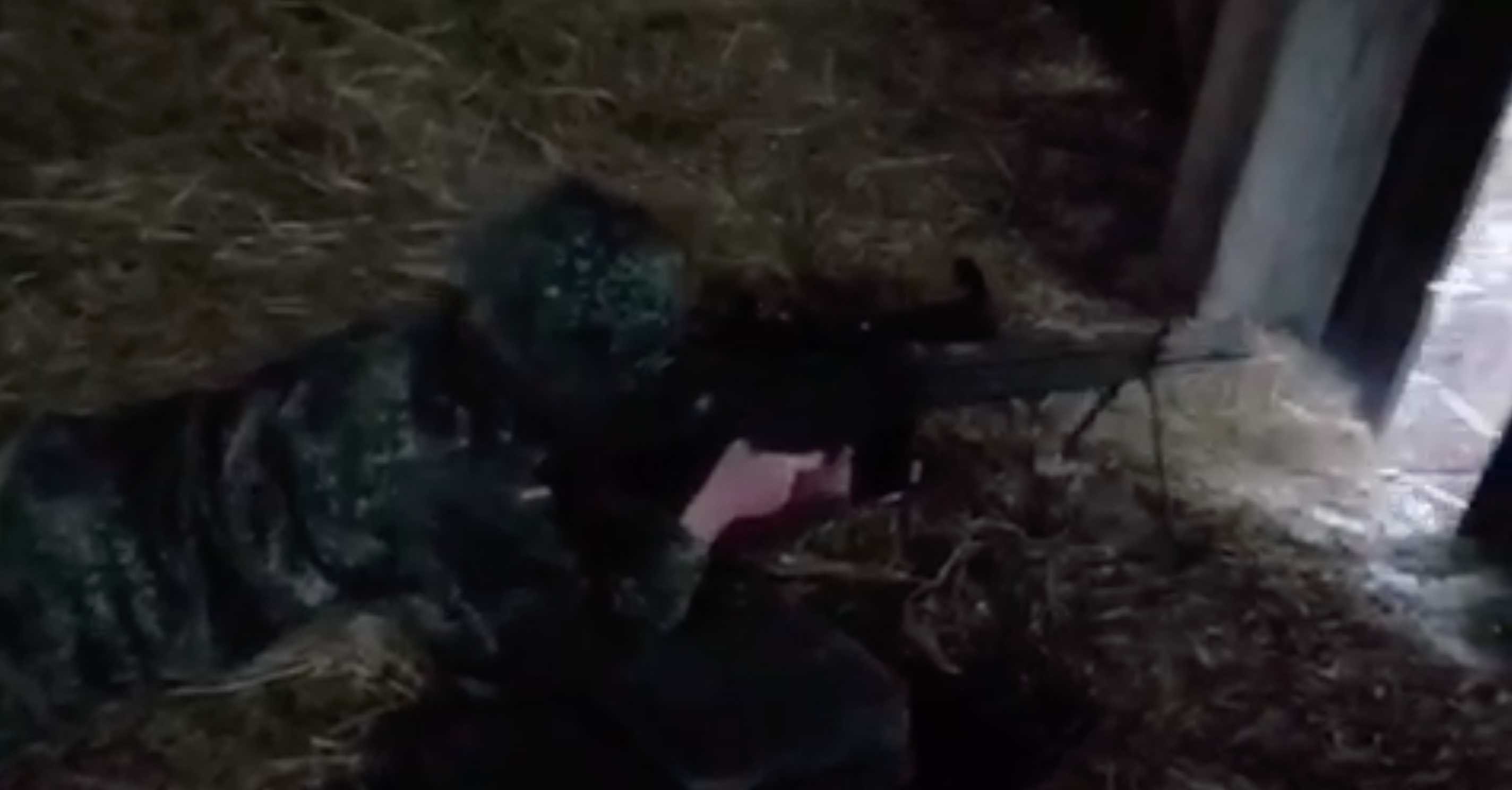 A screen grab of a member of the Base shooting a rifle using the cover of a barn. From a 2019 propaganda video released by the group.

In early 2020, the Base was hit with a series of high-profile arrests of many of its most prominent members. It came out that an antifascist infiltrator and an FBI undercover agent entered its ranks, and its 47-year-old founder, Rinaldo Nazzaro, went quiet for a period of months after his identity was revealed by the Guardian. But in the midst of the chaos, its Michigan cell, led by Watkins, remained intact.

READ:  Kendall Jenner & Devin Booker: Why She’s Not ‘Labeling’ Their Romance After 11 Months Together

Shortly after the inner workings of the Base were publicly exposed, Watkins (under the alias he used with the terror group) told the same secret chat room that he had taken the reins of leadership and reassured them that embarrassing leaks wouldn’t happen again.

“We have devised an extensive new vetting protocol and lengthy initiation process,” he told them. “I will never allow a participant to negatively represent this network again.”

After a few court date postponements due to the pandemic, Watkins will appear in court this week on February 25.

It isn’t novel for white nationalists in America to attempt to create all-white settlements. Elohim City, Oklahoma, a tiny private town of a few dozen families, was well known as a sort of haven for the Aryan Republican Army (ARA)—a neo-Nazi terror group active in the nineties that has still-mysterious links to Timothy McVeigh, the mastermind behind the Oklahoma City bombing in 1995 that killed 168 people.

The Base, which venerated McVeigh, is considered one of the most violent American domestic terror groups in decades and was recently designated a terrorist organization by the Canadian government. Since late 2019, nine members of the Base have been arrested in the U.S. for alleged crimes as wide-ranging as an assassination plot, ghost-gun making, plans for train derailments, and a mass shooting.

With files from Mack Lamoureux.