We’re HERE for it! 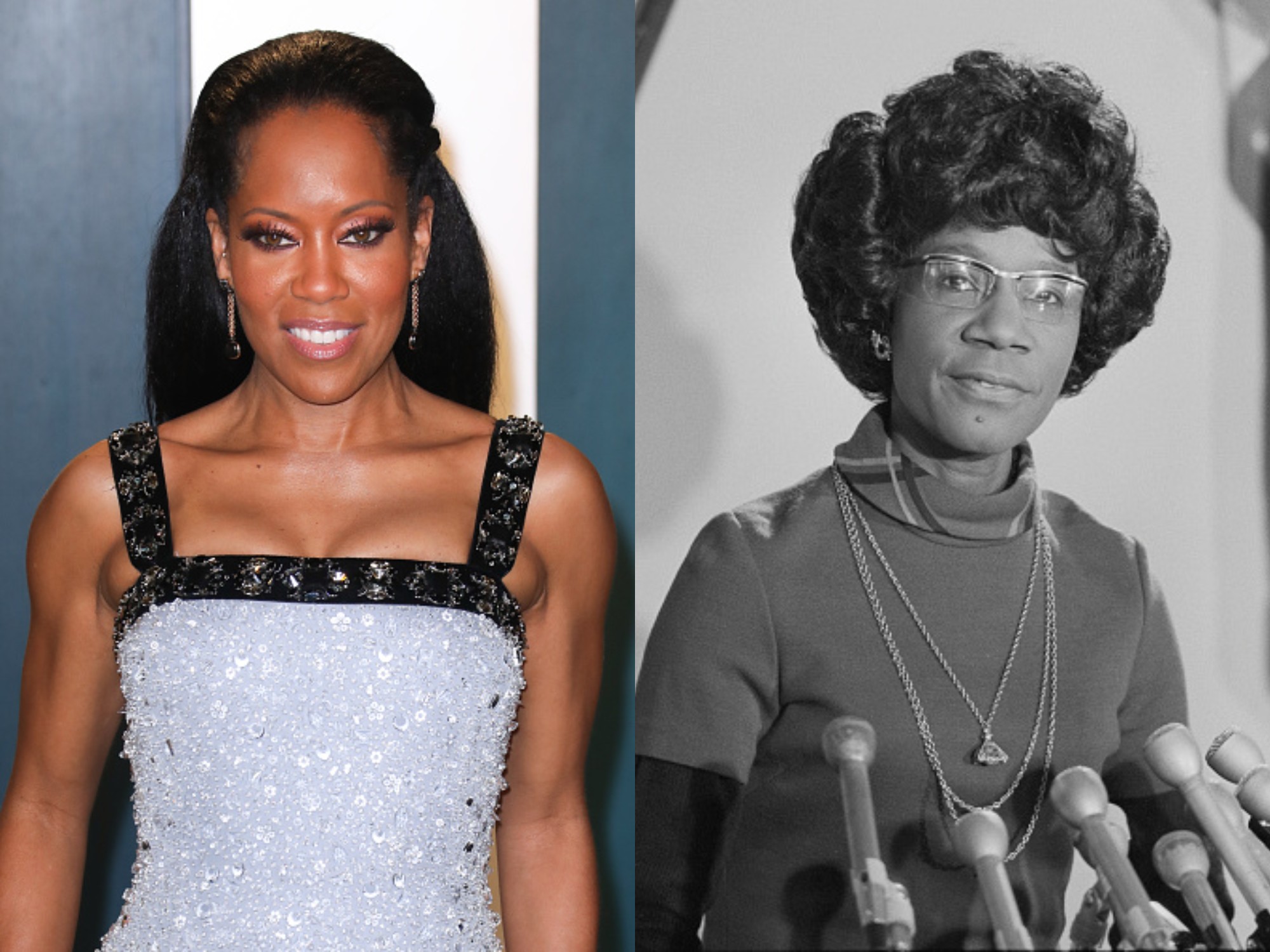 Regina King is a GOAT, that much we’ve already established. Everything she does from here on out is just further cementing her legacy as one of the greatest entities to ever grace Hollyweird with her presence. That said, news has broken that she will be starring in and producing a biopic about another GOAT, the first Black congresswoman Shirley Chisholm.

According to The Wrap, John Ridley will write and direct the film entitled simply Shirley. The script will focus on Chisholm’s 1972 presidential campaign that brought her to even greater prominence in America’s political sphere.

“Shirley Chisholm’s fearless determination has been an inspiration to so many of us, and with this film we hope to inspire many generations to come,” Regina King said in a statement to TheWrap. “To collaborate once again with my friend and mentor, John Ridley, and the team at Participant, makes this decade-long journey even sweeter.”

This already sounds like the type of film that could lead Regina King back to the stage at the Oscars to give an award-winning speech. Says Ridley, “Regina’s passion for bringing a complete and very human portrait of Shirley to life has been evident since literally the day we first met. I’m very thankful to both Regina and Reina for trusting me to partner in telling the story of this truly remarkable individual.”

READ:  The Many Eras Of Rihanna: Which Bad Gal RiRi Are You? [QUIZ]

Anything Regina King is attached to has our interest but a project like this? Hell, we’ll buy a ticket right now.

Regina has been unstoppable throughout her career. Two years ago, the 50-year-old triple threat snagged an Oscar for her supporting role in “If Beale Street Could Talk.” Most recently, King directed and executed produced “One Night in Miami,” a fictional story that follows boxer Cassius Clay as he meets with singer Sam Cooke, Malcolm X, and NFL star Jim Brown for a night of bonding at a Florida hotel in 1964.

The thriving star has now received a Golden Globe nomination for the film, becoming the second Black woman in history to receive a nod for Best Director from the academy.

Ava Duvernay was the only other African-American woman to receive a nomination from the academy for Best Director back in 2014.