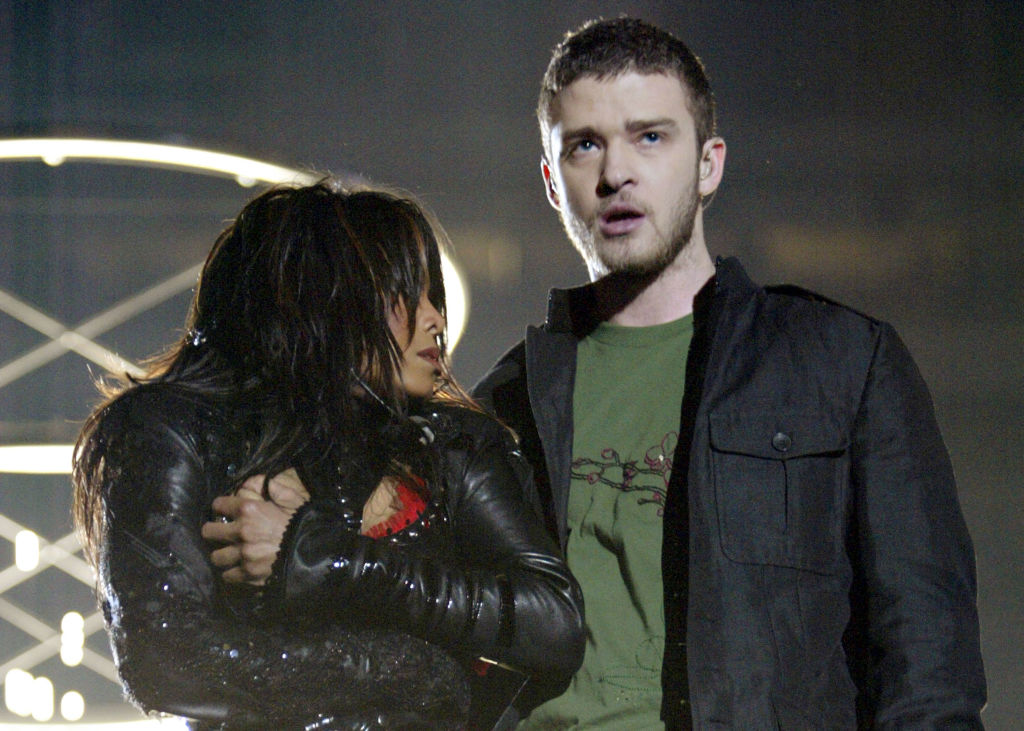 Justin Timberlake has been getting flamed for YEARS now, almost two decades if we’re keepin’ it a buck, for his blatant disrespect of two women who deserved much better from him.

At one point, Justin Timberlake and Britney Spears were THEE pop music power couple. He was the leading voice as part of N’Sync and she was one of the defining solo acts of a generation. It was a match made in Mickey Mouse heaven. However, when the two suffered a very public break up in 2002, Justin was less-than-gracious about it. He would go on to record one of his biggest hits, “Cry Me A River”, along with the accompanying music video that essentially called Britney a lying, cheating, deceitful whore.

Back on February 1, 2004, Justin performed at Super Bowl XXXVIII (that’s 38 for those of you who hate Roman Numerals) with the legend, the icon, the all-time great Janet Jackson. During that performance, he inadvertently removed a piece of her wardrobe and exposed her bare breast to millions of people, 143.6 million to be exact. For some reason (misogynoir) Viacom proceeded to blackball all of Janet’s music from their platforms including CBS, MTV, and all affiliated radio stations. In the aftermath, an embarrassed Janet Jackson was forced to issue a public apology and gave contrite interviews about the “incident” while Justin sat his happy a$$ on the sideline saying absolutely nothing.

Again, both of these incidents were very ugly and happened nearly 20 years ago. This whole time, Justin hasn’t found it within himself to say a word of public apology to either woman.

Now, in the wake of the newly-released documentary, Framing Britney Spears, the heat is back on JT and he has mustered up the convenient courage to post the following message to his Instagram page:

People were not moved. Even Floetry’s Marsha Ambrosius (who is singing prominent backgrounds on “Cry Me A River” and wasn’t properly credited nor received a Grammy when Justin won) took notice of the insufficient nature of Justin’s mea culpa.

READ:  Jennifer Lopez won’t allow her kids to play around with her sheet masks