In the period leading up to 2019’s Rugby World Cup and the delayed 2020 Tokyo Olympics and Paralympics, Japan has spent recent years giving itself a makeover in hopes of offering an open, harmonious experience to visitors.

But beyond the aesthetic upgrades, one contemporary advancement has emerged from the Japanese people themselves, resulting in more agreeable public spaces: a profound fall in smoking rates, in one of the world’s historically smoke-filled countries.

Dating back to the early 1600s, tobacco use has been well-documented on the island nation. For hundreds of years, it was smoked in traditional pipes called “kiseru,” and in the post war era, traditional cigarettes became ubiquitous.

By the mid-1960s, upwards of 80% of Japanese men smoked traditional cigarettes, and in the following decades, per capita consumption hovered at around 3,000 cigarettes per year.

Traditional cigarettes were embedded into the culture in such a way across work, social and day-to-day settings, that picturing a time when they would not be omnipresent was beyond the realm of the imagination. 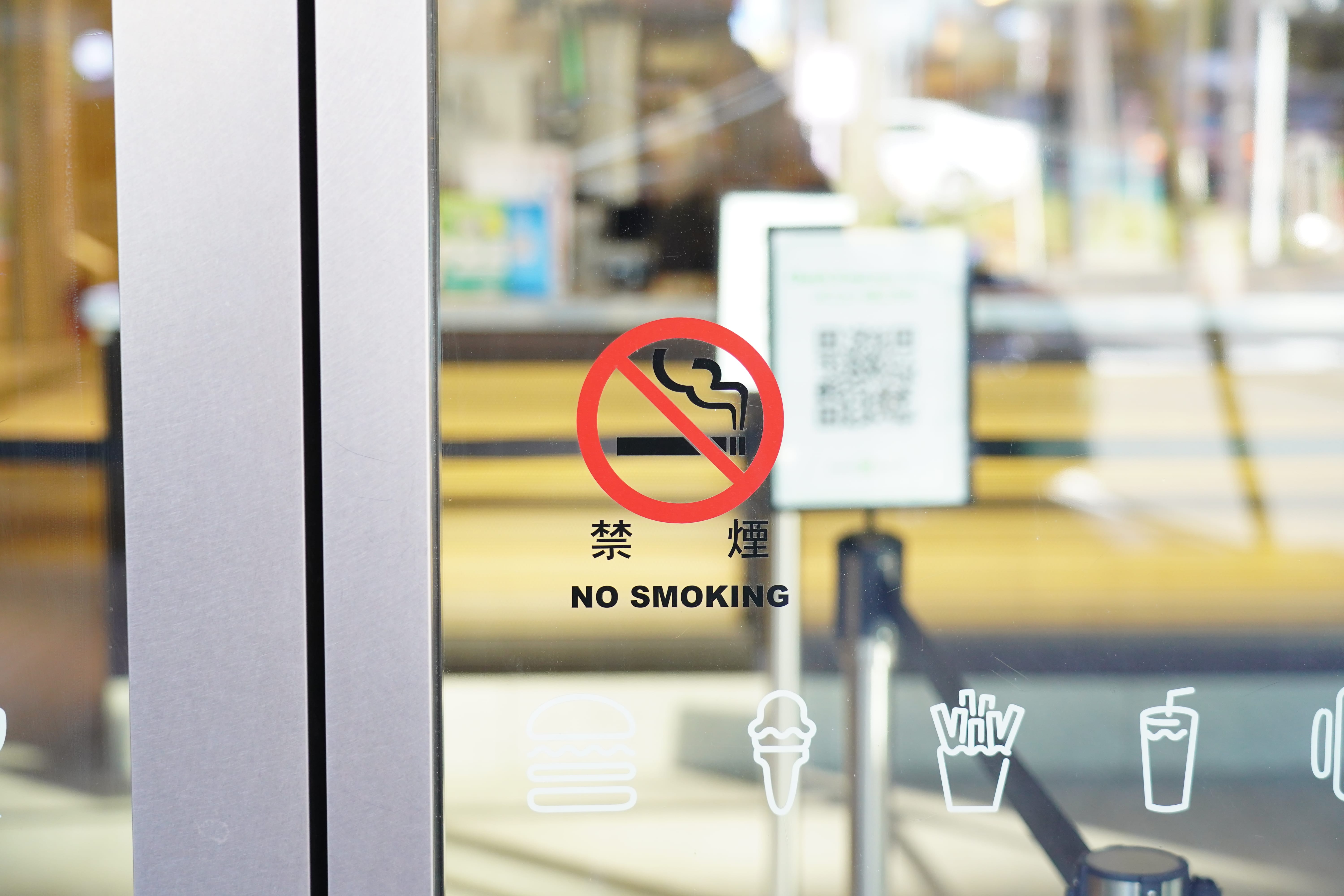 2018’s revised Health Promotion Law, which largely banned indoor smoking, changed that. But even in the years preceding the legislation, cigarette sales had already been diminishing in Japan to a great extent.

Between 2011 to 2019, they dropped by 38%, and the percentage of the population who identified as cigarette smokers “decreased significantly” year by year, per Japan’s Ministry of Health, Labour and Welfare.

According to the Tobacco Institute of Japan, from 2018 to 2019, conventional cigarette sales dropped 9.2%. And the quarter sales from April to June of this year represented a 19.2% drop compared to the same quarter last year.

As of 2020, the percentage of people who smoke is 16.7%, the lowest it has ever been on record, signaling that the end of smoking in Japan could be drawing close. 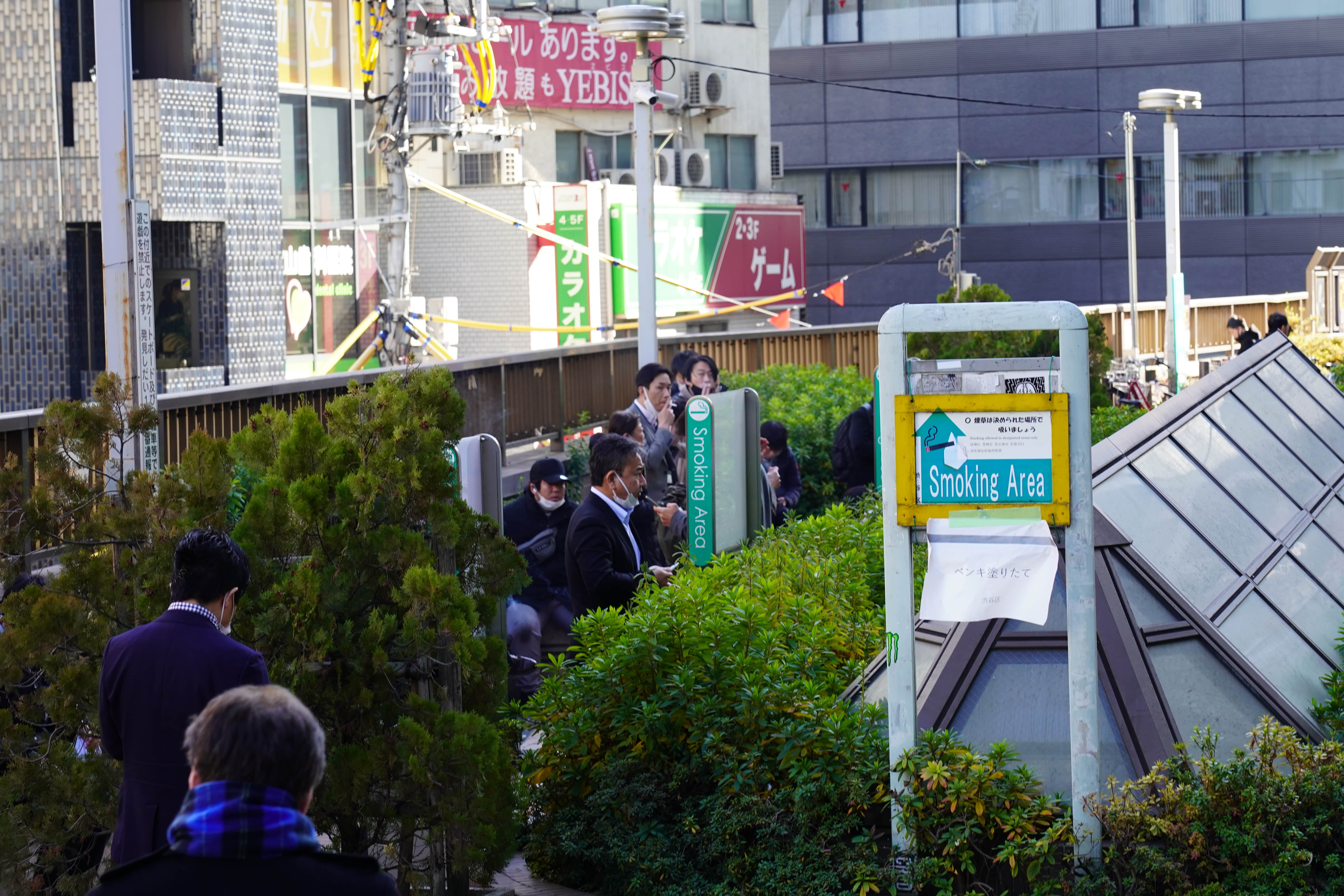 In populous city-centers, smokers of cigarettes are forced to take a pause from their workday and visit a designated outdoor smoking area if they want to light up. (Photo By Nobu Arawaka) 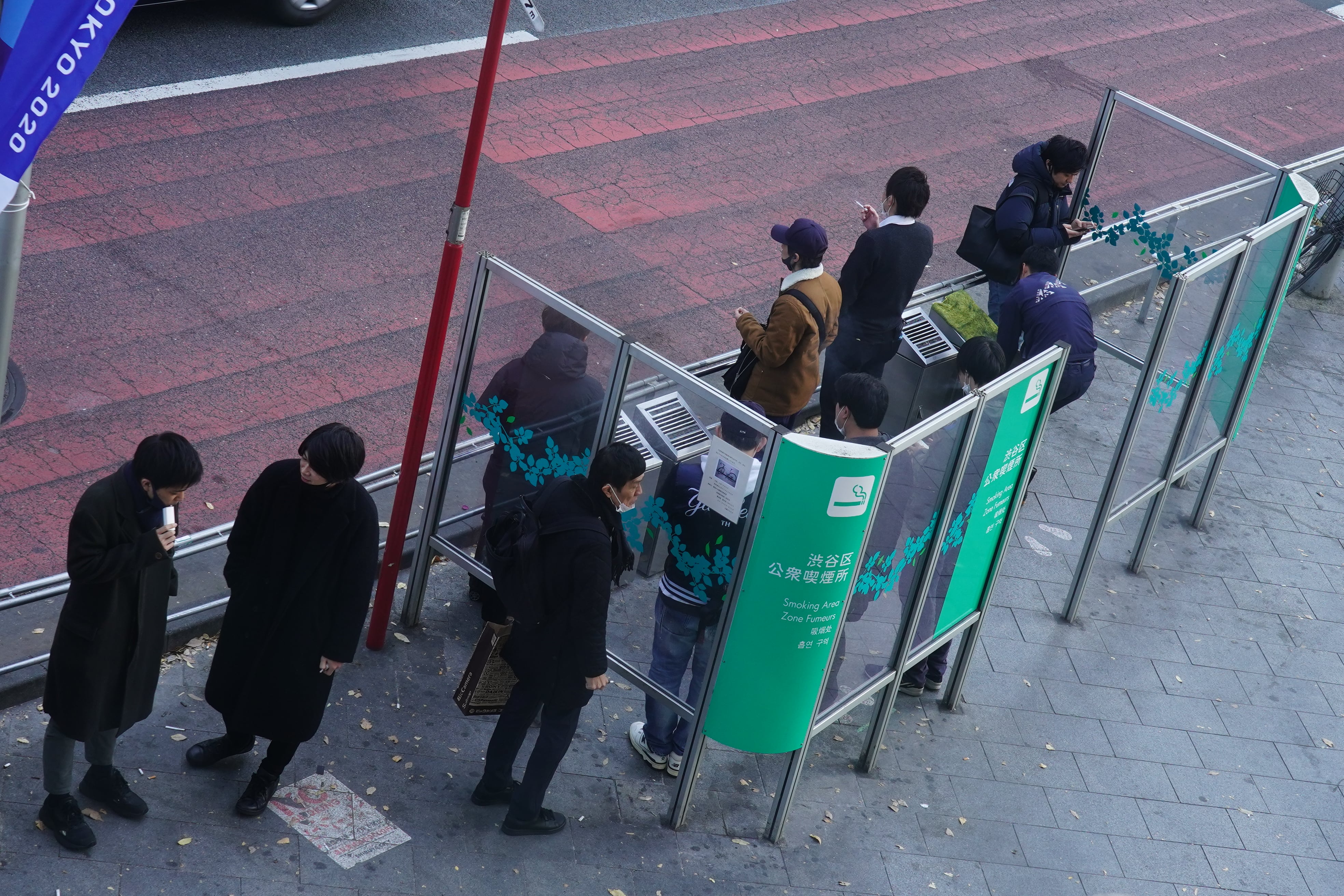 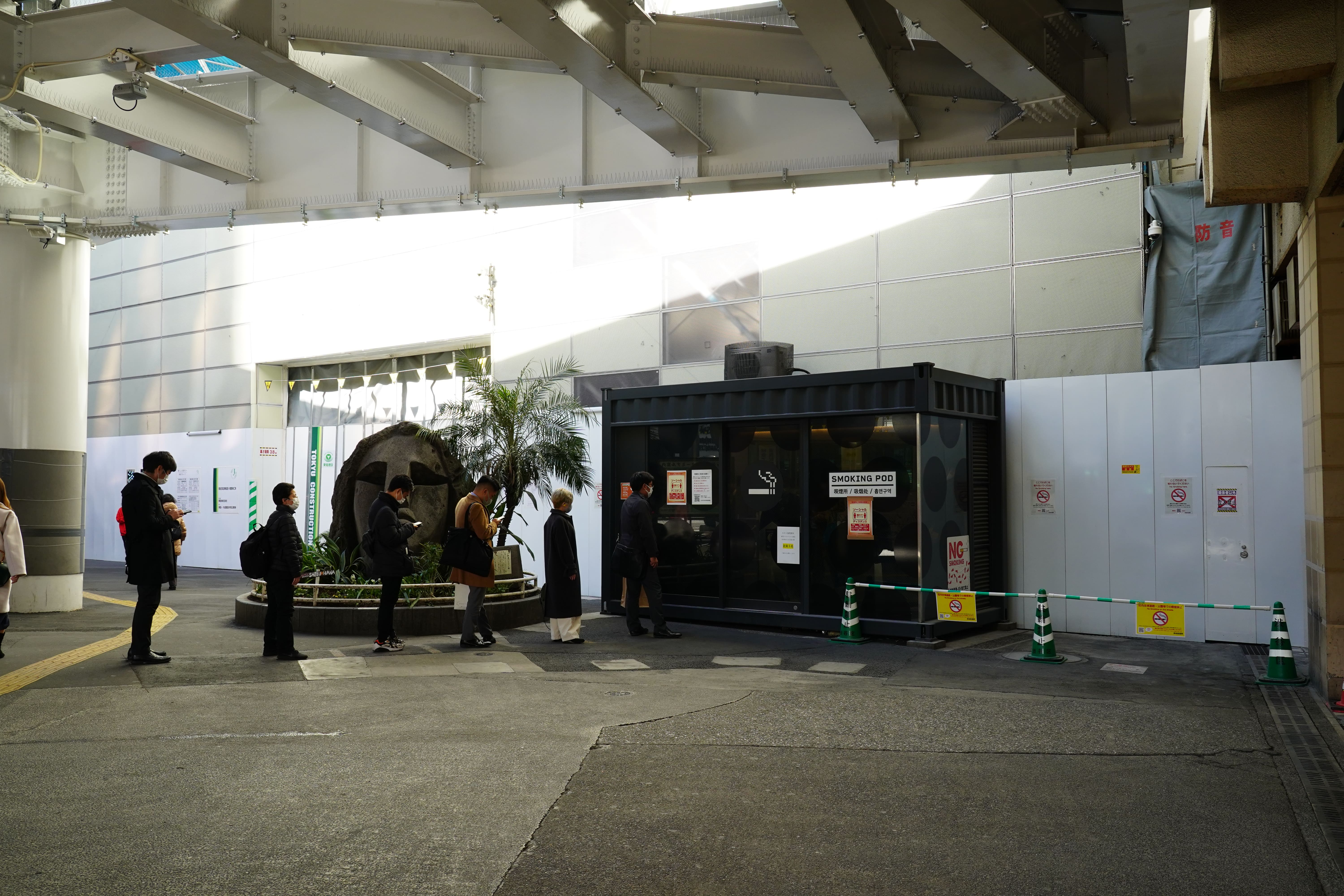 Smokers wait in line for their turn to enter one of Shibuya’s designated smoking pods. (Photo By Nobu Arawaka)

With support from Japan’s many state-sponsored cessation treatment programs, some former smokers have done the best thing and quit tobacco and nicotine altogether. On the other hand, evolving demographics also reflect a widespread transition from traditional cigarettes to smoke-free alternatives.

Since then, the products have inspired many to make the switch in consistent, notable numbers. 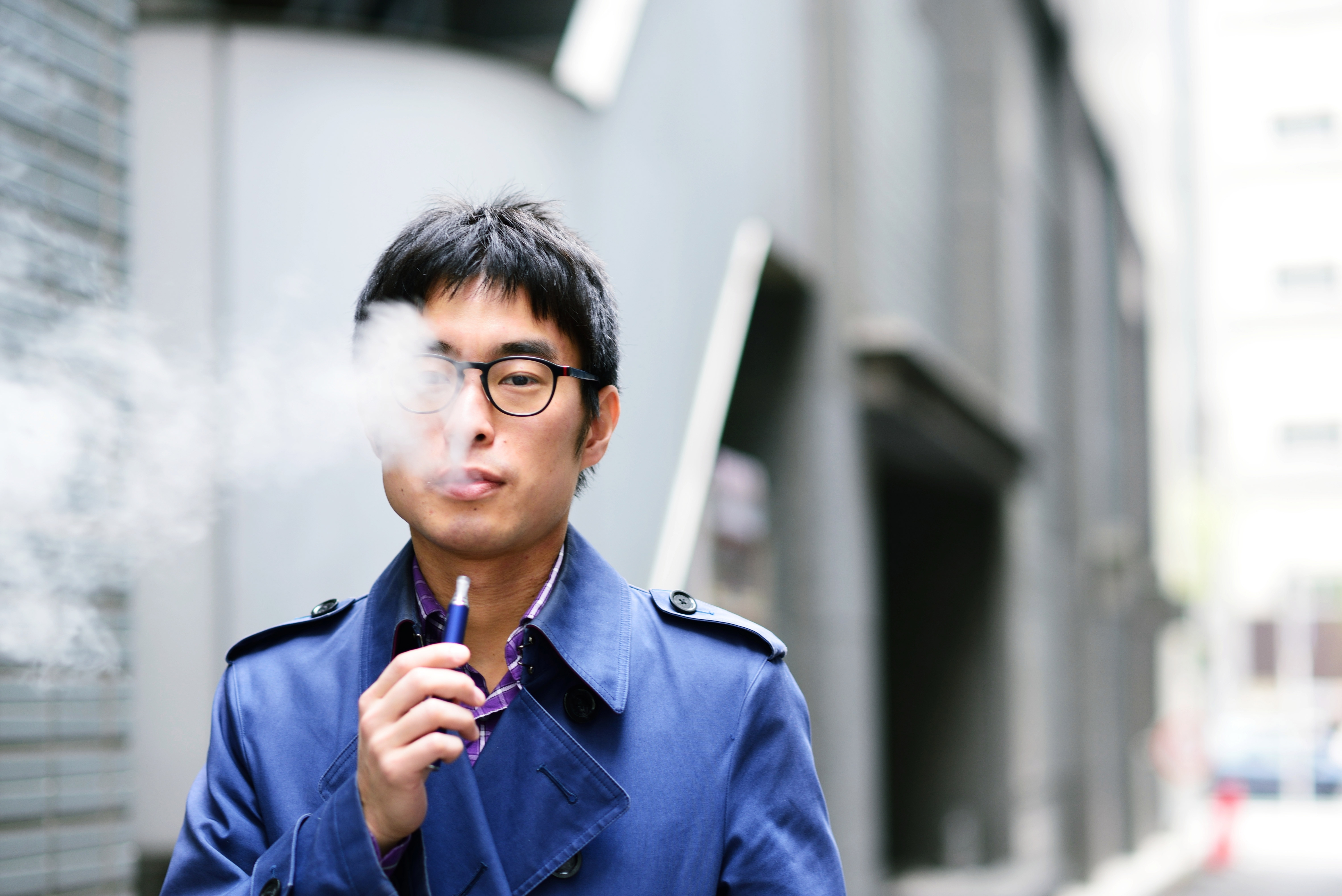 Cigarette sales have steadily decreased in Japan, especially in the past half decade. Many former smokers have quit tobacco altogether, while others have switched over to smoke free alternatives. (Photo By iStock) 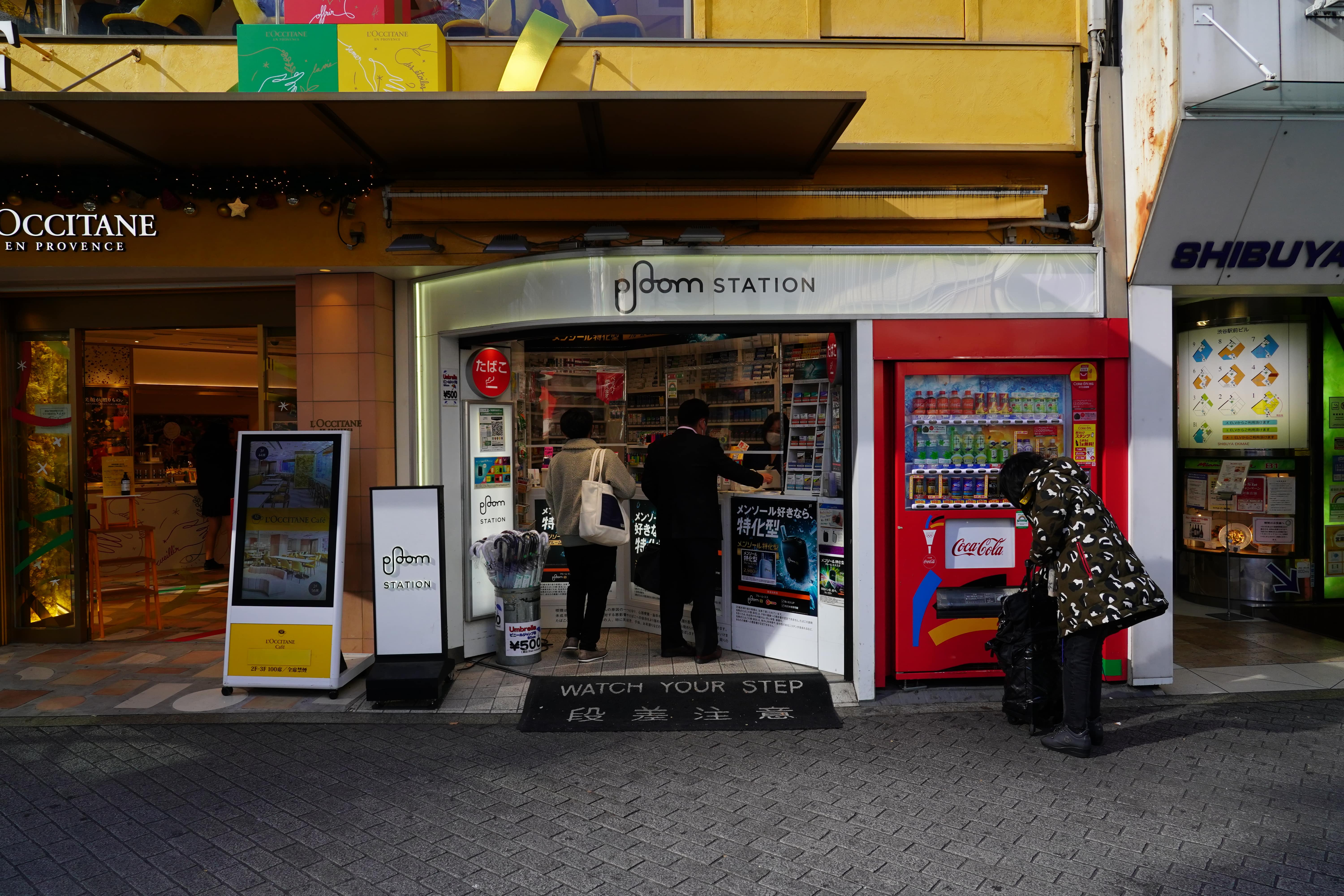 A streetside vendor in Ebisu offers former smokers an array of alternatives to combustible cigarettes. (Photo By Nobu Arawaka)

Over the past six years, alternatives have gone from accounting for 2.9% of total tobacco product sales in the country to nearly a quarter of them in 2019.

This adoption has made Japan one of the most developed markets of smoke free alternatives of all countries worldwide, according to a study published by the International Journal of Environmental Research and Public Health.

Another study conducted by researchers working for the American Cancer Society saw the rate of cigarette sales across Japan decline five times faster after the introduction of smoke-free alternatives , from 2% per year between 2011 to 2015 to 10% per year between 2015 to 2018.

Meanwhile, the decline of cigarette smoking continues with each passing quarter, as people continue to either quit tobacco or move to alternatives to cigarettes.

Where izakayas, street corners and athletic arenas were long associated with billowing clouds of smoke, Japan’s upcoming era promises to be less smoky, defined by the openness, harmoniousness and collective mindfulness of public spaces that Japan seeks to promote.

In a historically short period, Japan has witnessed its public wane off combustible cigarettes of the past in remarkable numbers, signifying a tremendous societal shift in their behavior toward smoking; a shift many thought impossible.

And as it continues to evolve, Japan now boasts a hopeful vision, ever-closer on the horizon: a smoke-free future.

This content was paid for by Philip Morris International. The newsroom was not involved in the creation of this content.