Two anti-lockdown rallies attended by conspiracy theorists, anti-vaxxers, and right-wing extremists from across Germany were “superspreader events” that resulted in up to 21,000 additional COVID infections in the lead-up to Christmas.

That’s the conclusion of a paper by researchers from Humboldt University of Berlin and the ZEW – Leibniz Centre for European Economic Research in Mannheim, which examined the impact of COVID-19 deniers on coronavirus transmission rates.

In particular, it looked at two major rallies organised by the group Querdenken 711 (“Lateral thinking 711”) – the driving force behind Germany’s conspiracy-infused anti-lockdown movement – in Leipzig on the 7th of November, and in Berlin 11 days later. Both rallies drew huge crowds – estimated at more than 20,000 in Leipzig, and 10,000 in Berlin – with supporters travelling from across the country to attend.

Both rallies had already generated major controversy in Germany, descending into violence as protesters clashed with police acting to enforce coronavirus regulations.

But according to researchers, the demonstrations were troubling for another reason. It found that many attendees, who were generally unmasked and ignored social distancing rules, carried the virus back to their home counties, resulting in a “considerable increase” in coronavirus infections. 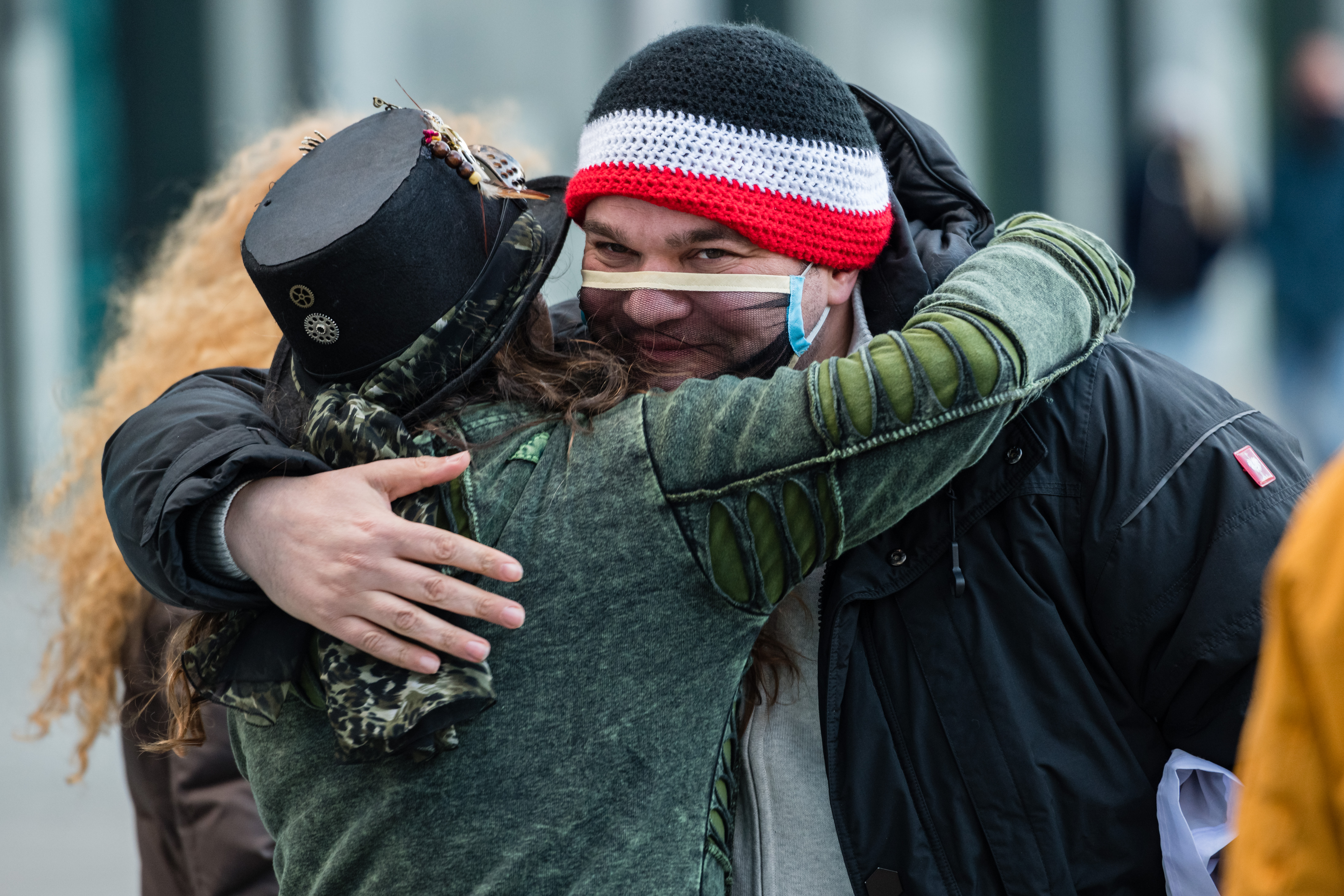 Martin Lange, a researcher at ZEW – Leibniz Centre for European Economic Research in Mannheim, told VICE World News that his study was involved comparing coronavirus infection rates in the aftermath of the rallies in in counties that had a bus stop along the so-called “Honk for Hope” route to those that did not.

”Honk for Hope” is a group of anti-lockdown bus operators that have been instrumental in bringing protesters from across the country to rallies, operating as a de facto travel agency for the Querdenken movement.

“In counties with bus stops on the “Honk for Hope” route, there were on average 40 more cases per 100,000 people in the last seven days before Christmas than in counties without such stops,” he said.

“We estimate that between 16,000 and 21,000 COVID-19 infections could have been prevented in the weeks preceding Christmas, had both of these large rallies been cancelled.”

He said while 21,000 new infections accounted for less than 1 percent of Germany’s 2.3 million total recorded coronavirus cases, and the rallies were clearly not main drivers of the pandemic in Germany, they were nevertheless superspreader events that could have been avoided.

The study concluded that “a radical minority can pose a significant risk to the entire population,” and recommended that governments do more to counteract the beliefs and misinformation that were hampering the fight against coronavirus.

“Given the severe negative public health consequences reported in this study, policymakers would do well to direct more attention to what causes beliefs and behavior that are harmful to society,” it read.

Querdenken 711 did not respond to a request for comment.

READ: Germany’s far-right is fired up after its fantasy almost came true

The German government said Wednesday it was extending most of the country’s lockdown measures until the 7th of March, amid concerns that new virus strains could undermine a decline in new reported infections. The current restrictions had been due to expire on Sunday.