There are escalating tensions at the border of Indian capital city New Delhi, where over thousands of farmers are currently clashing with the state police. Powerful visuals from the ground show farmers facing baton-attacks, water cannons and tear gas over the last two days.

They’re attempting to enter the city from the neighbouring states of Haryana and Punjab to protest against three controversial farm laws that were passed in September this year by the Indian government. The protests have been ongoing since August.

Farmer unions released a joint statement early this week stating that over 50,000 farmers were expected to march to Delhi by Thursday, Nov. 26. They added that the numbers are expected to swell in time, with “thousands of tractors and trolleys [that] are carrying farmers, women and children.” 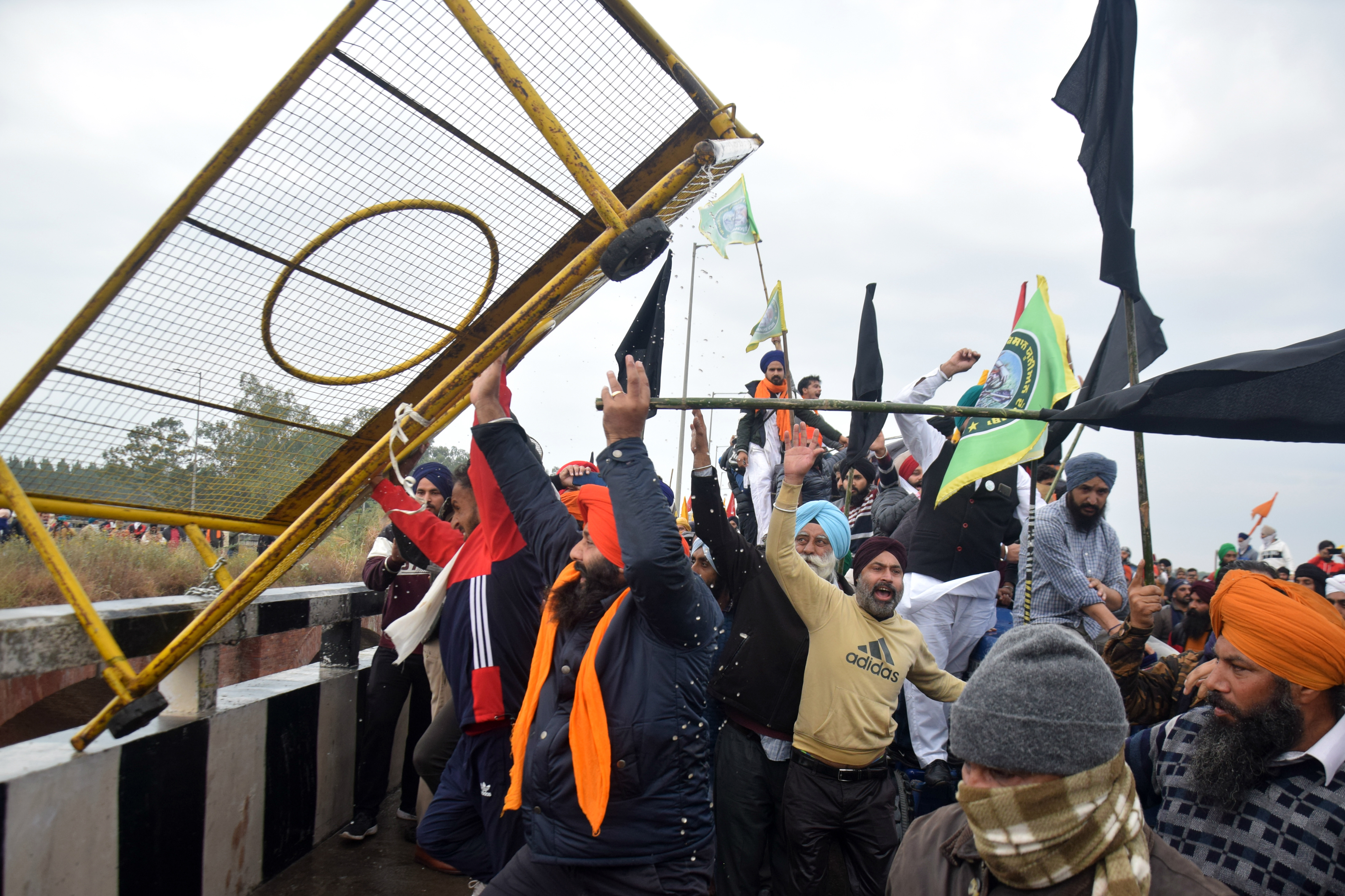 Farmers throw a police barrier blocking a road into the river while marching towards New Delhi from Haryana. Photo via AFP

However, the police in the neighbouring states have blocked the farmer’s route by putting up iron barricades, cement barriers, piles of sandbags and even trucks with deflated tyres.

There’s heavy deployment of police and paramilitary forces at the borders and in Delhi, too. To avoid farmer movements within Delhi, the metro services in the National Capital Region have been suspended.

India is a global agricultural powerhouse and is the world’s largest producer of agricultural produce such as pulses and spices. Despite the mass contribution, 85 percent of farmers own less than or just five acres of land. Financial instability, volatile crop yields and weather conditions often lead to farmers taking huge loans. Failure of payments is leading to rising farmer suicides. 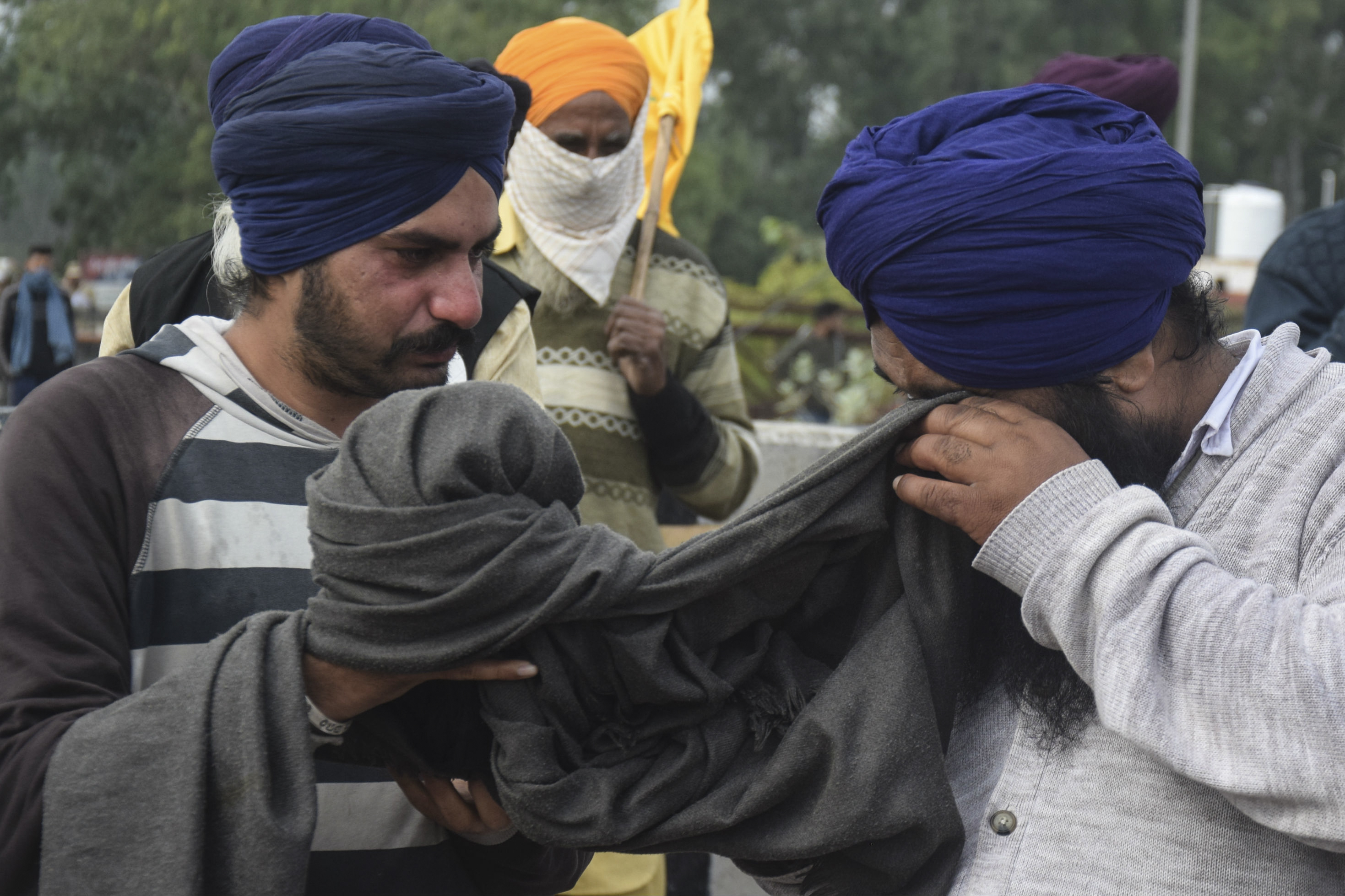 Farmers attacked with tear gas shells wash their faces in the city of Ambala, in Haryana, on November 26. Photo via AFP

News reports stated that over 700 farmers were arrested and detained in Delhi early this week. The police have reportedly taken over 90 farmer leaders from the Delhi-Haryana border into preventive custody for two days.

READ:  ‘He Bought Me’: How Forced Conversion Turned This Christian Girl’s Life Upside Down

Despite the aggressive crackdown, the police are failing to stop the farmers. Latest reports show that the Delhi Police is now seeking Delhi government’s permission to convert nine sports stadiums into temporary prisons, in light of the farmer’s protests.

The farmers’ march to Delhi, called “Delhi Chalo” (Hindi for “Let’s go to Delhi”)  has been two months in the making. Three contentious farm laws triggered nationwide protests, especially by farmers who say the laws stunt their bargaining power and are more beneficial to large retailers who will be able to control the pricing of the farm produce. They say the new rules will disrupt the wholesale market, and fair and timely payments to farmers. 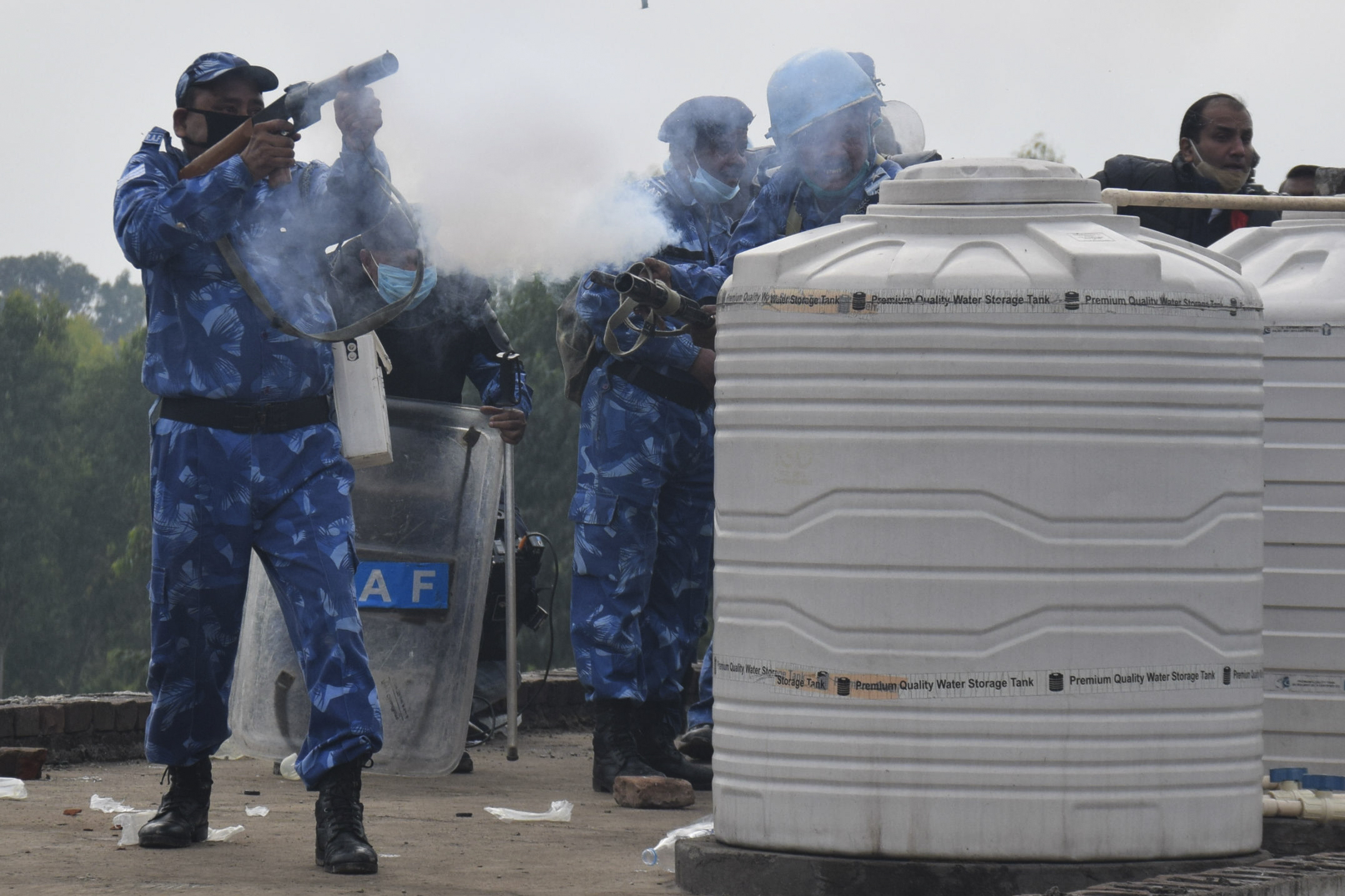 The Haryana government is facing nationwide backlash for retaliating against the protesting farmers.

READ:  How an ICE Contractor Tracks Phones Around the World

In the violence that is ensuing at the moment, angry farmers have been seen throwing away police barricades into the river, pelting stones, and even physically pushing vehicles.

“We will break all the barricades if we were not allowed to move ahead,” a protesting farmer Gurdev Singh told media agency IANS. The farmers added that they are ready to face bullets as well. 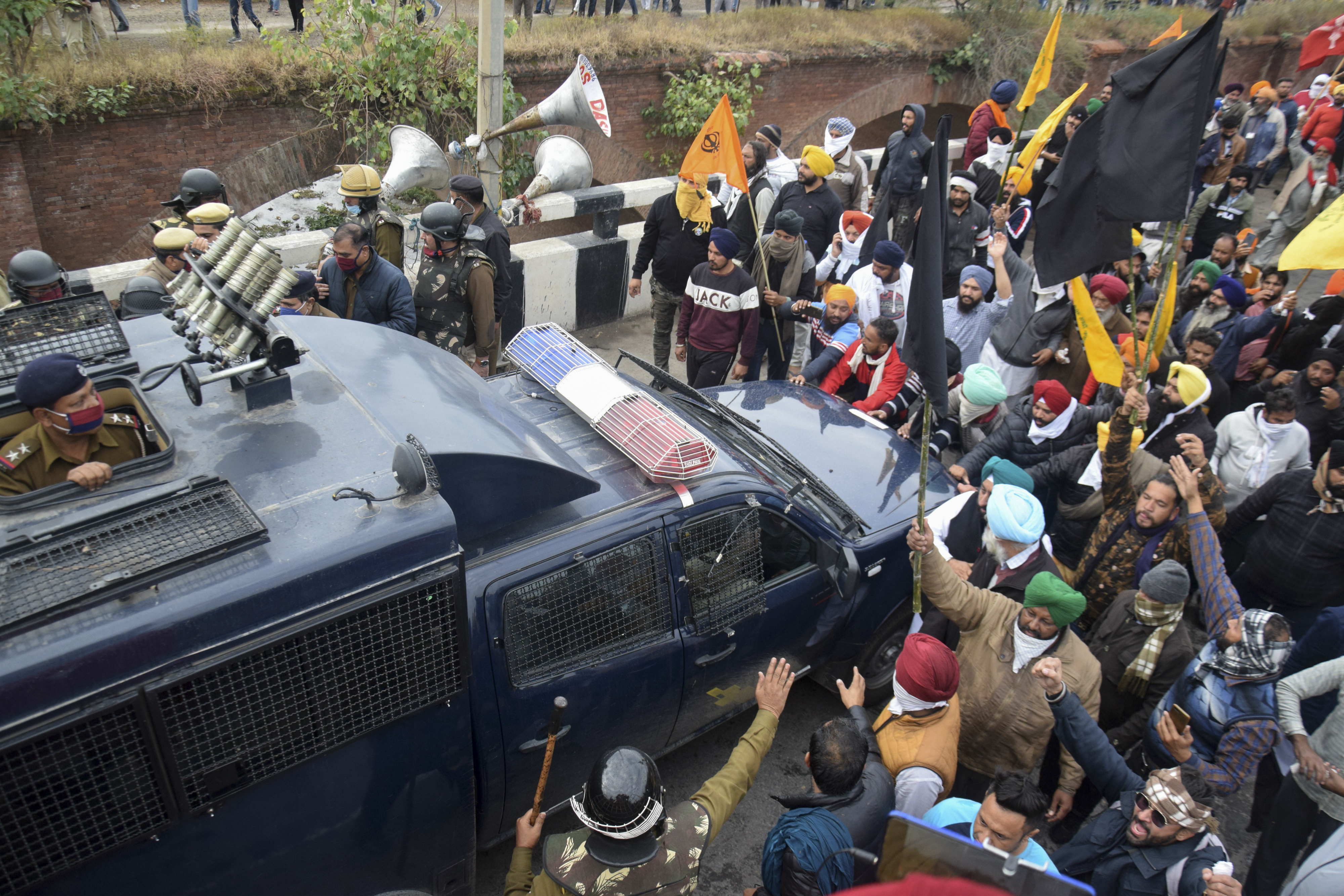 Farmers stop a police vehicle in Ambala as they march towards Delhi on Thursday. Photo via AFP.

The farmers are finding support across the country. Last week, regional musicians joined the protests and sang about the “constitution, federal structure and revolution.”

In the meantime, Union ministers Narendra Singh Tomar and Rajnath Singh appealed for peace and invited the farmers for talks. “I am the Defence Minister, but as the son of a farmer, as a farmer, I want to invite them,” said Singh. “We cannot betray the farmers.”