Singaporean Brice Li was at home enjoying dinner with his family on the Chinese New Year when he received a call from a friend, whose voice was shaky and hysterical.

“The forest is gone, completely destroyed,” his friend said, referring to a beloved woodland reserve located in the northwestern suburb of Kranji that had been off-limits for months due to the coronavirus lockdown.

The site was one of a few remaining wild forests left in land-scarce Singapore, but it was rumored to have been earmarked for development. Local nature enthusiasts said it served as an important green corridor which connected nature reserves and supported a diversity of species like birds, reptiles and small mammals.

Li didn’t know what to make of the claim, but he recalled seeing posts on Facebook by members of the local conservation community speculating that large-scale construction work had begun in the area. 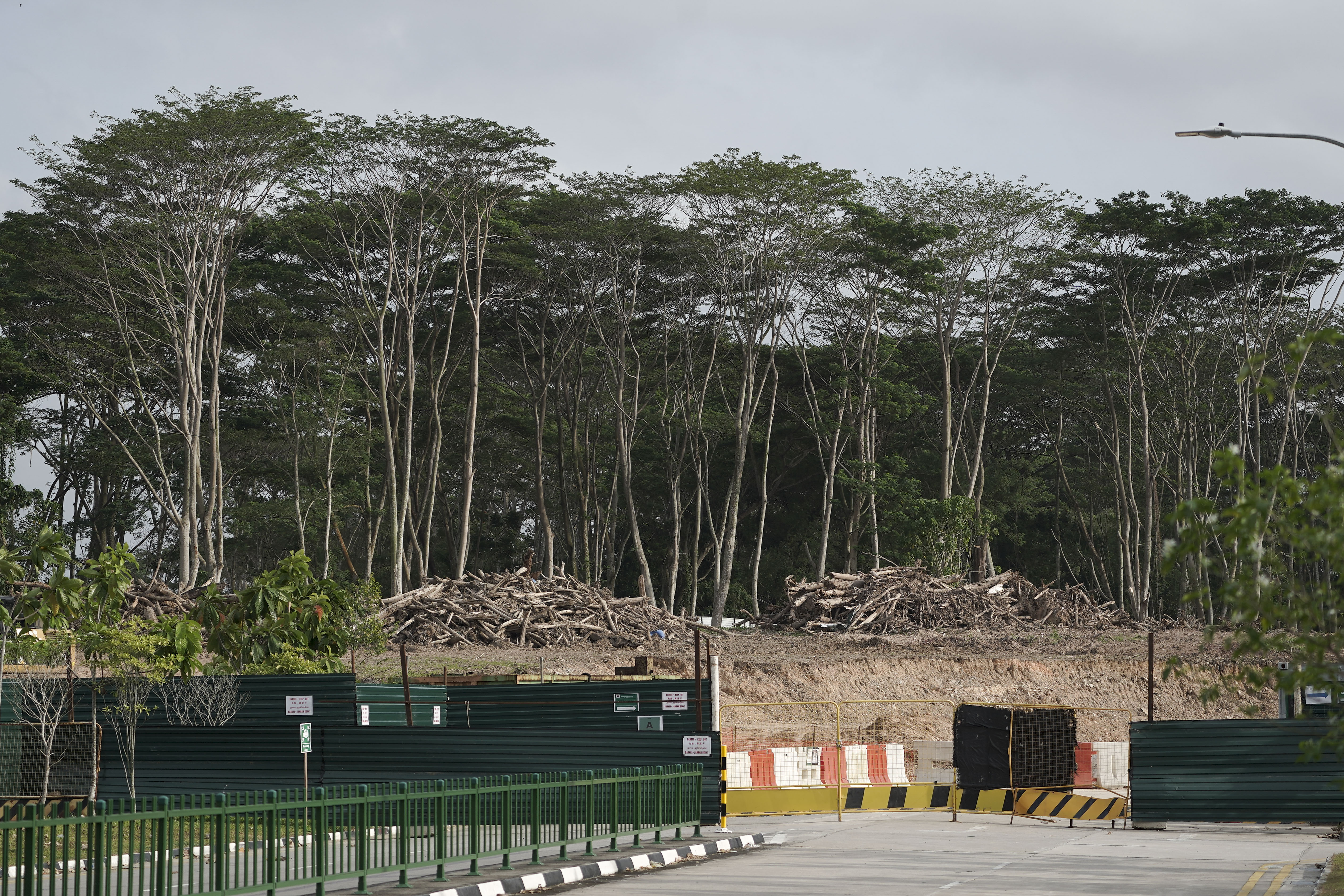 Part of the forest in Kranji is now a construction site.

The next day, Li drove down to Kranji, located near the border with Malaysia, to check out the 8-hectare site, roughly the size of 10 football fields. Giant trees had been cut down and the surrounding dense vegetation leveled and cleared. Partitions had also been put up to cordon off the area. 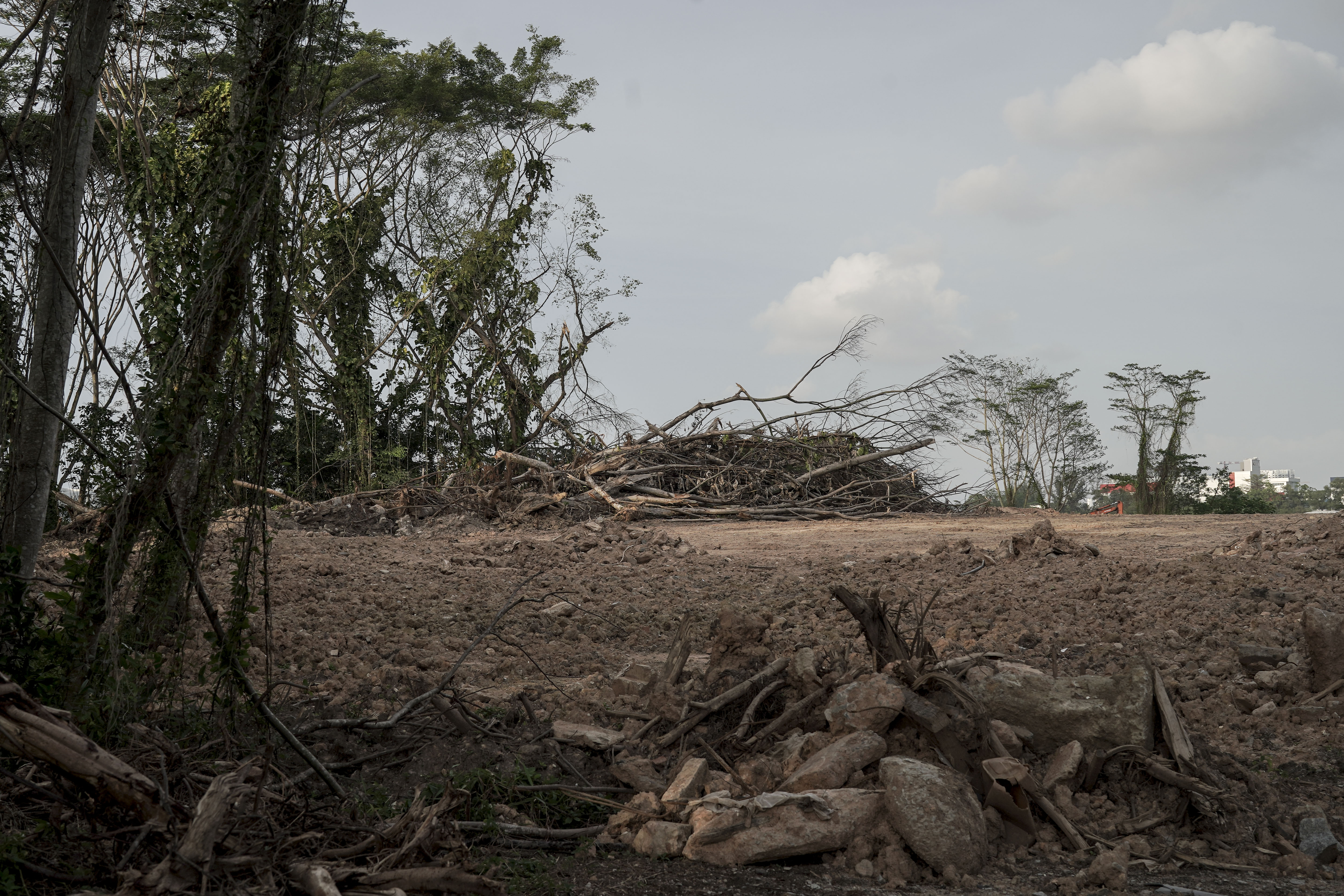 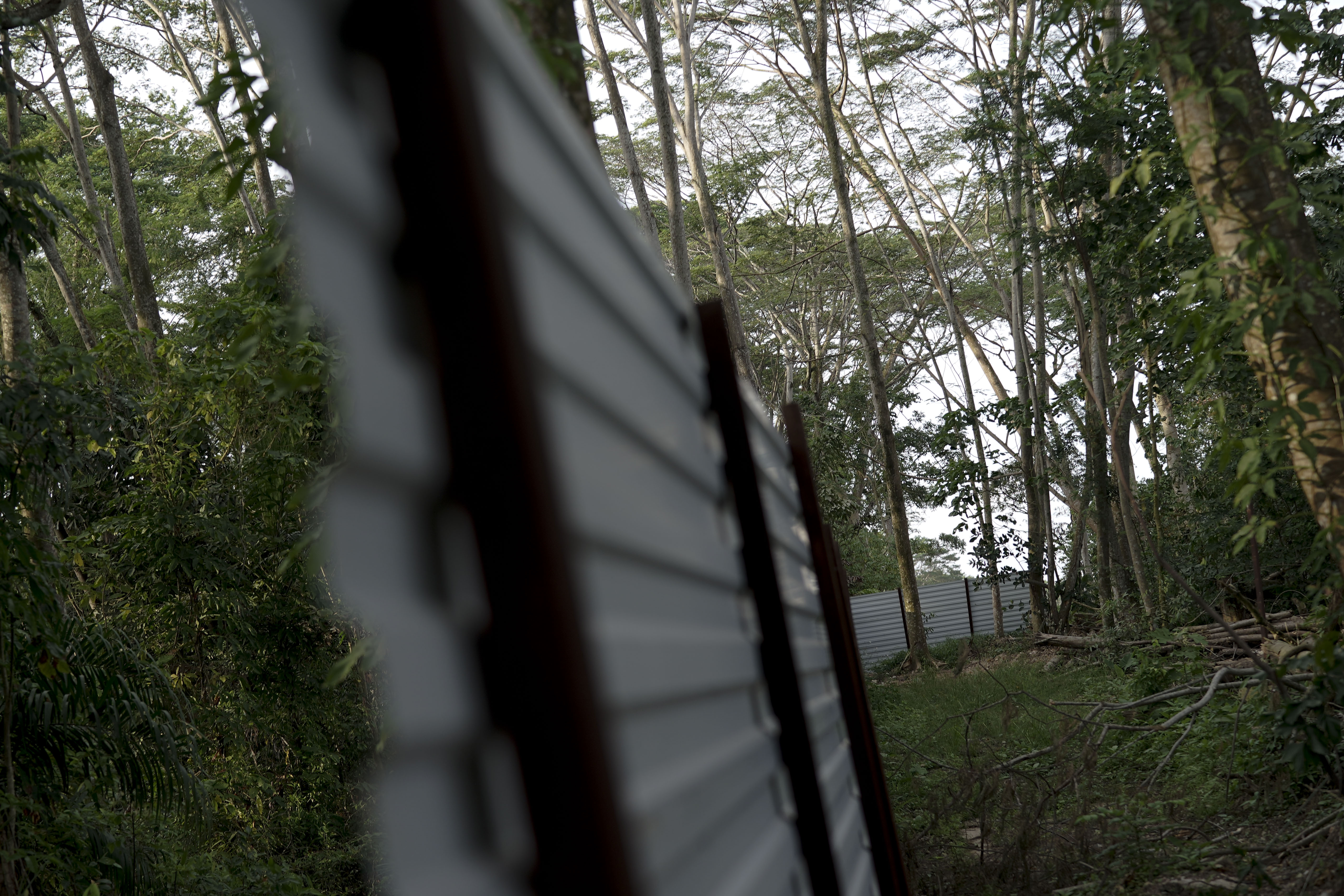 Partitions had been put up to cordon off the area.

He also saw cranes and bulldozers parked at the entrance, as well as dozens of lorries and trucks ferrying building material and earth that had been cleared. His heart sank.

“The forest had been sliced in half. It used to be a never ending sea of green,” Li said. 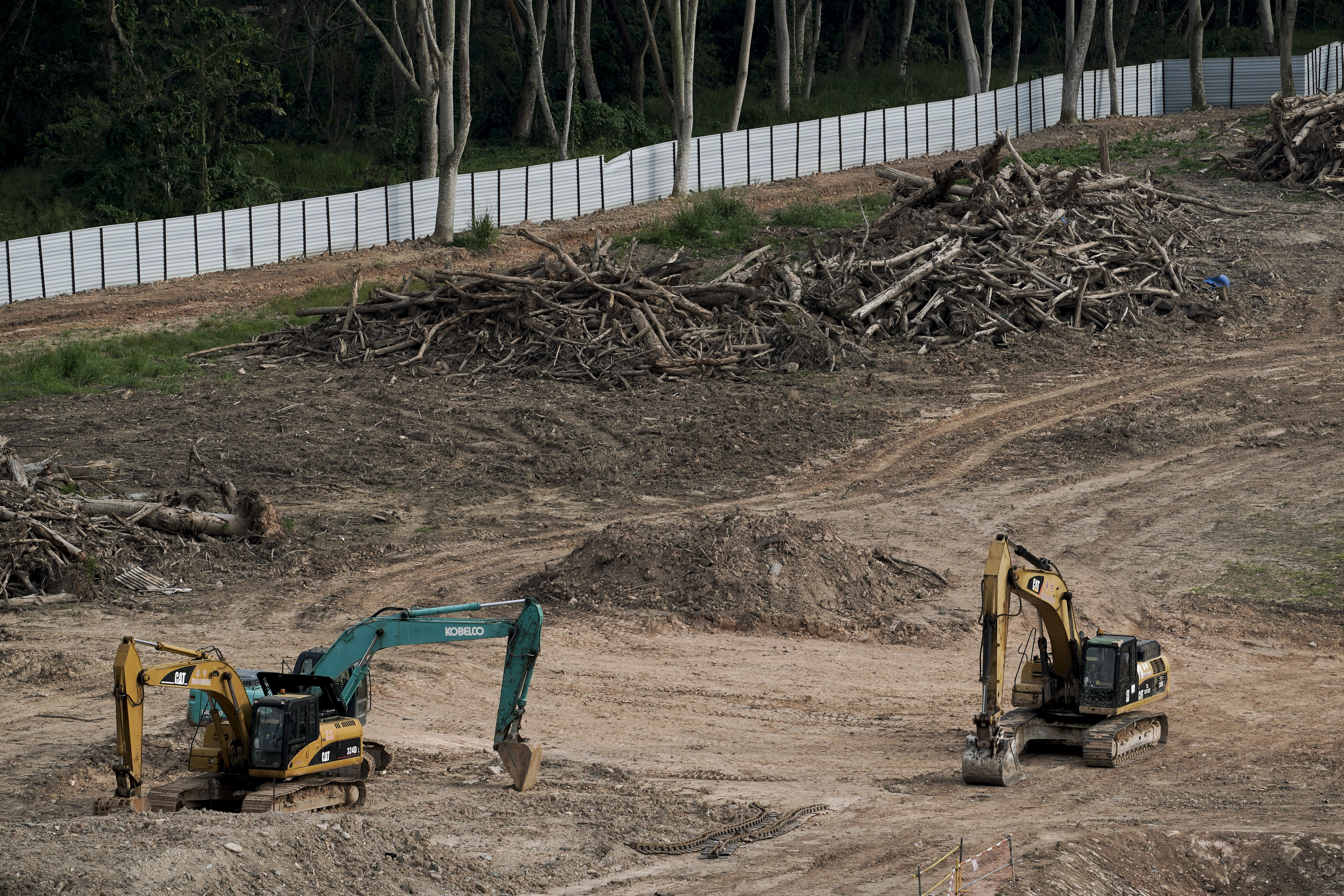 Cranes were seen at the site.

An avid nature lover famed for his videos documenting Singapore’s remaining pristine forests, Li said that he last visited Kranji woodlands in 2019 and felt a very strong connection with the place.

“Every forest has its own charm. This one was wild yet serene, but still very beautiful,” he said. “There were freshwater ponds located deep inside which had frogs, snakes and sea eagles, and hosted entire ecosystems.” 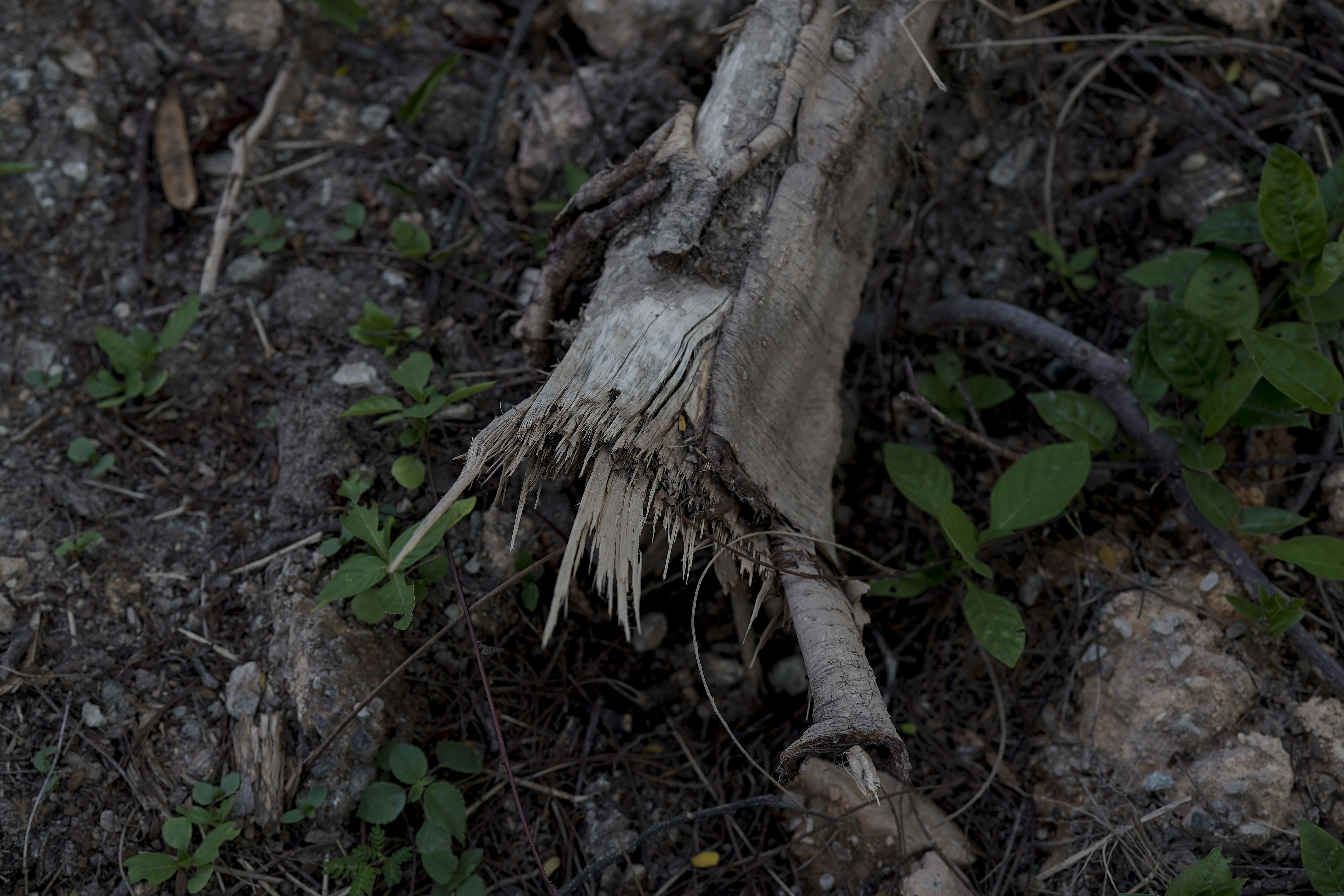 A felled tree which once stood tall.

But all that was left now was a narrow strip of green.

“This was a forest that had been left alone for years,” Li said, adding that there were no signs of animals, which had probably fled the site when the builders arrived. 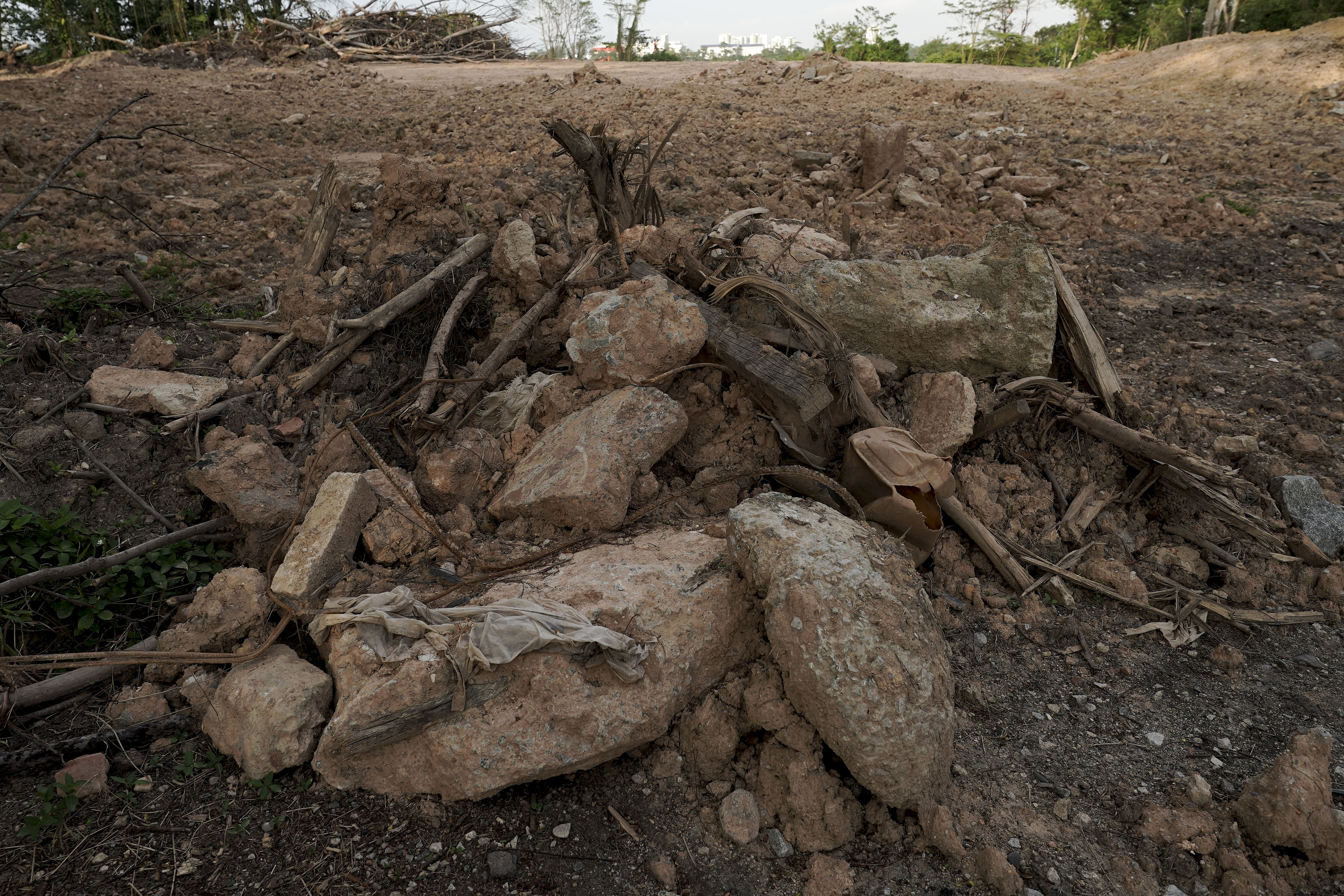 Questions are now mounting on why exactly one of Singapore’s last remaining environmental jewels was destroyed, seemingly without warning.

Photos and videos of the damage made their way onto Facebook and Twitter, where many expressed outrage and shock, mourning the loss of yet another forest in the name of national development. Others voiced their anger at the situation, pinning blame not only on the contractors involved but also the government for allowing the destruction of the forest.

Satellite images also emerged, showing enormous patches of dried up, raw earth where trees once stood. The land was scorched, completely unprotected from the sun. 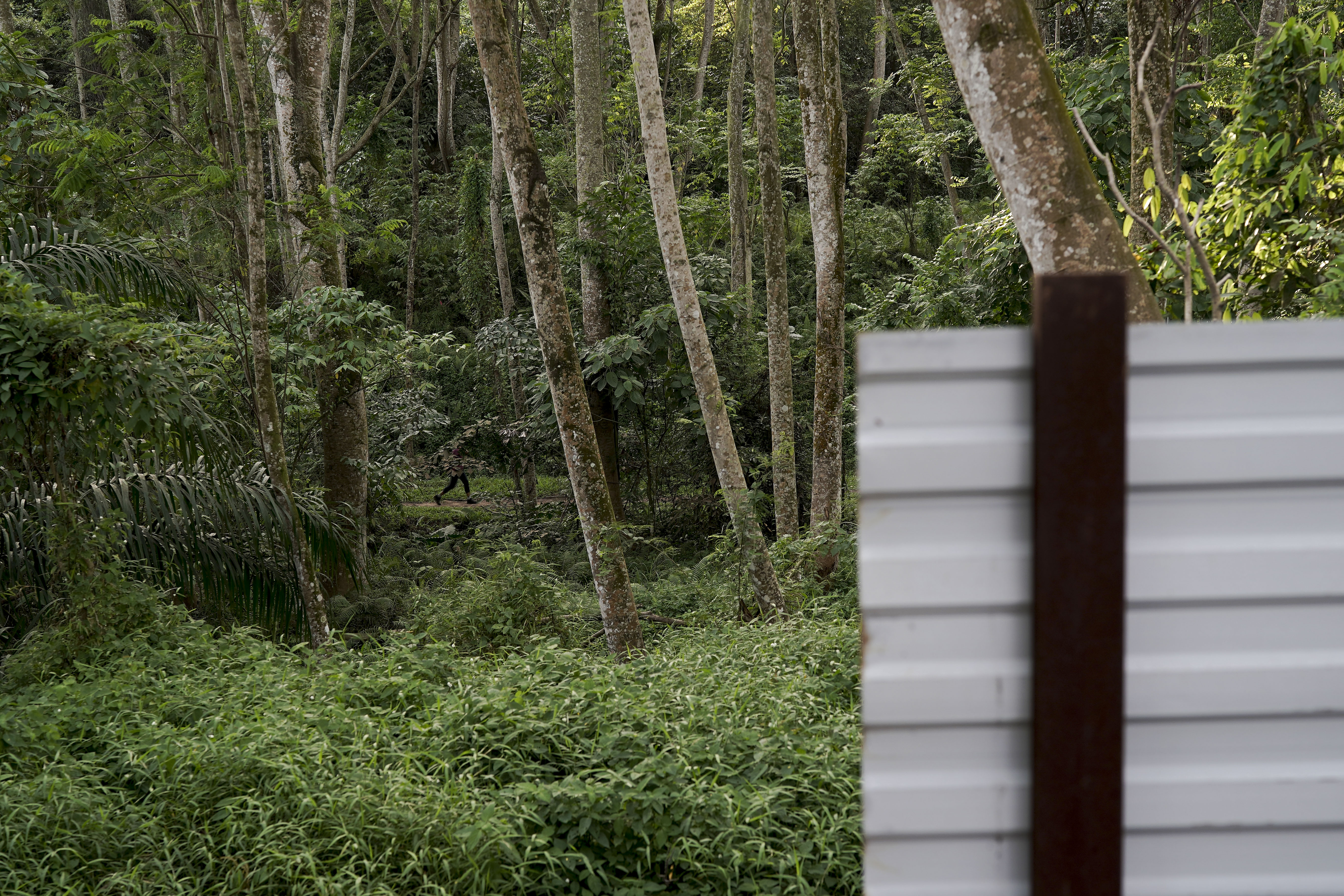 Partitions had been put up to cordon off the cleared area.

Conservation groups who regularly patrolled the area told VICE World News that they were caught completely off guard and had not been informed about the construction work that took place.

“Forests in Singapore have always been treated as secondary, empty land but this came as a very rude shock to all of us,” said Liew Kai Khiun, a council member of leading local environmental group Nature Society Singapore (NSS), which has been working with the authorities to preserve remaining green spaces. It also calls for a complete moratorium on all government plans to clear forests and nature reserves for urban development.

“Singapore’s population is increasing and forest corridors and green spaces are very precious to our tiny country. After all, we claim to be a garden city,” Liew said.

He pointed out that these remaining wild spaces served as important habitats for local wildlife, especially for migratory birds, and had been rapidly disappearing over the past 20 years.

The construction work appeared to stand in stark contrast to a government-led plan in 2020 to plant 1,000,000 trees across the country with the stated aim of developing more green spaces for public use over the next decade.

“Destroying forests is not okay just because we want to plant 1,000,000 trees,” said Jani Tanzil, a scientist and senior research fellow from the National University of Singapore.

“There is far greater value in having forests that are already matured.”

“There is far greater value in having forests that are already matured.”

Government agency JTC, in charge of industrial development in Singapore, along with the national parks board, finally issued a public apology over the episode. JTC pinned the blame on a local construction firm called Huationg Global Limited, and said that it had “erroneously” begun clearing the land in March, 2020.

“Since then, no further clearing has taken place on site and the contractor has been issued a stern warning,” a spokesperson for the company said, adding that the forest was “mistakenly cleared” before an environmental assessment of the area could be completed.

The contractor Huationg has also apologized and said that it was looking into the cause of the lapse with JTC to prevent similar situations from occurring in future.

Singapore’s national parks board confirmed that it had launched its own investigations into the matter.

But opposition politicians decried the slip-up and said they were skeptical about the government pursuing serious actions against those involved.

“Such a massive project requires extensive planning and coordination, and could only take place when a green light was given,” said Chee Soon Juan, leader of the Singapore Democratic Party.

Chee told VICE World News that there was a “deliberate intent” on the authorities’ part to clear the forests in Kranji and could not have simply “been a mistake”.

“Singaporeans have a right to know what happened, who was responsible for the debacle and what action will be taken against the offenders,” Chee said.