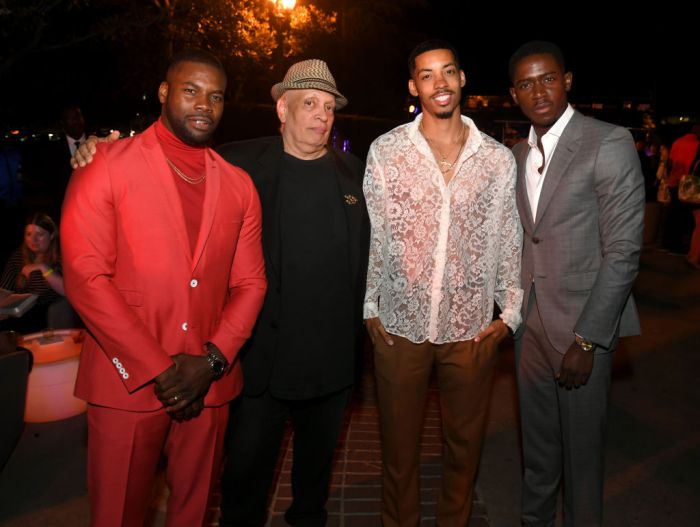 Ever wonder how show writers come up with the crazy ways they kill off characters? We have. Ever since tuning in for the first two episodes of the new season of “Snowfall” we’ve been haunted by the way Skully’s goons brutally murdered Manboy’s associate then nailed his body to a crucifix-like wooden beam at a park.

READ:  Kelly Marie Tran: It shouldn’t be my place to ‘internalize their misogyny or racism’

“The crucifixion, was I think, I think that was, who knows, in a room, you don’t remember in a room who came up with what, all of these ideas are passing back and forth, so it’s a communal line,” Mosley said. “We were trying to figure out how — you’re not just killing somebody, you’re sending a message. The whole idea about how these messages are going to be sent, how people who survive are going to feel about it, how they’re going to be afraid of whoever, Damson or whoever, that becomes the thing we are looking for. When you’re doing that kind of writing, you have to enjoy it. So you’re not really sad saying like, ‘Wow we’re going to have to crucify this one.’ We were like, laughing. We were saying, ‘Wow this is great, now this is really going to say something.’ I hate to admit that, but it’s the truth. I think that we try to always try to think about how the deaths can really happen and how the deaths can most impact the other characters, not worrying about the audience so much, but the other characters.”

READ:  Isabel Roloff: Yes, I'm Larger Than My Husband. So What?!?

Janeé opened up the question to the “Snowfall” cast as well, asking them which of the many deaths from the show had haunted them most.

“I’m playing,” Idris continued. “For me personally, definitely Andre’s death was the one that haunted me, because I took away a single father, a father that was there for his child, a father who was trying to do right about so that really stayed with me. It speaks a lot to the show’s viewers who wanted him to die so badly. But that’s the show, we fall in love with these characters. The cast are absolutely fantastic. I can’t imagine working with another group of fantastic people. So going into Season 4 I can’t wait for the world to see more of those moments.”

You can read more about what Kevin Carroll, who plays Franklin’s father on the show, had to say about how the deaths on the show pale in comparison to the real early gang killings in South Central in the 80’s over on Global Grind.

Episode 403 of “Snowfall” airs tonight at 10pm on FX. Check out a preview clip for the episode below: