Steph Curry joined forces with Barack Obama to interview the former President about his new memoir, A Promised Land. 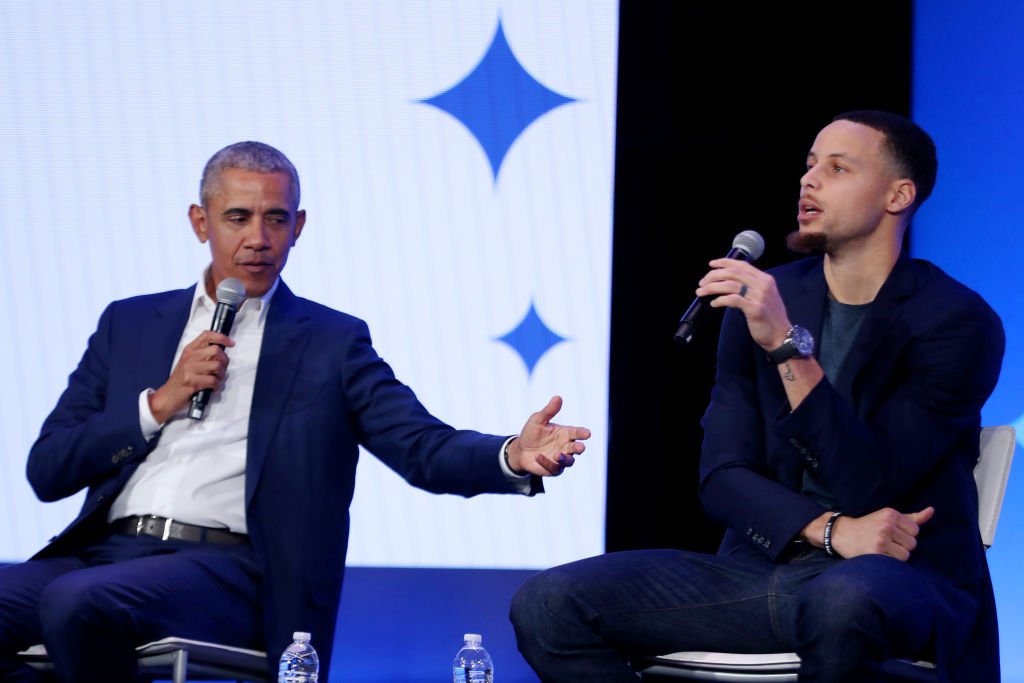 On Wednesday, NBA champ Steph Curry sat down with former President Barack Obama for a candid discussion about the key themes from his recently released memoir, A Promised Land. Reaching their combined audience of 66 million Instagram followers, the nearly hour-long conversation explored integral moments from Obama’s personal journey and presidency that have informed his views on life, leadership, and issues in society. The two also chatted up a storm about everything including the importance of mentorship, the influence of strong women, and the ongoing pursuit of racial and social justice.

READ:  Chance The Rapper Reveals Jeremih Will Be Released From The Hospital Following COVID-19 Battle

One of the biggest themes explored him Barry-O’s book is the importance of leadership, and Barack revealed to viewers that anyone can be a leader, only if they are willing to do the work first.

“One mistake I think a lot of people make is that you’re just either born a leader or you’re not. When, in fact, leadership is, like anything else, it’s a skill,” shared the 44th President. “And there are a bunch of different ways to do it. I’ve known people who were great leaders but really soft-spoken and weren’t always trying to seek attention.”

He continued, “The thing I try to communicate in the book and I learned this, I wasn’t always perfect at it…number one was realizing that the most important thing a leader does is they set a tone in terms of culture as a team. Whether the team is a basketball team or a business or an administration. What are the values in which you are organizing yourselves?….Being clear about what your values are as an organization, that’s part of leadership.”

Check out their discussion in full down below: