The Department of Homeland Security (DHS) confirmed it once employed an American neo-Nazi terror leader now based in Russia after he posted what he said were letters of appreciation DHS and the Pentagon sent him thanking him for his service.

Earlier this month, Rinaldo Nazzaro, 47, founder and leader of the Base, one of the most violent American domestic terror groups in years, posted three undated letters from U.S. agencies lauding him for his service. One was from DHS—an agency tasked with thwarting terrorism in the U.S.—and two were on Marine Corps letterhead. All spoke glowingly of Nazzaro. Since late 2019, nine members of the Base, the group he founded, have been arrested in the U.S. for alleged crimes as wide-ranging as an assassination plot, ghost-gun making, plans for train derailments, and a mass shooting. The Canadian government has designated it as a terrorist group.

While it wouldn’t authenticate the letter addressed to Nazzaro, DHS verified he had worked with the department in the past.

“I can confirm that Rinaldo Nazzaro worked at DHS from 2004 to 2006,” said a DHS spokesperson.

The confirmation that Nazzaro worked for DHS is indicative of a significant problem American law enforcement and counterterrorism officials are facing: Some veterans and people who have worked for the government during recent wars, with real tradecraft and understandings of insurgency, now see that government as the enemy.

“Your outstanding service has been greatly appreciated,” says a letter Nazzaro posted, claiming a DHS official had addressed it to him. “All the best in the future – I will miss you.”

The same letter has a handwritten message scribbled onto it: “Thanks for all the personal work you did to make DHS/Intelligence Analysis […] as good as they were. You did a superb job.”

Nazzaro posted the letters on Telegram, a social media site popular with extremists, where he has previously shared such personal photos from his work with the military as a shot of himself (with tan Humvees in the background) at the famous Victory Arch in Baghdad, also known as the “Crossed Swords.” 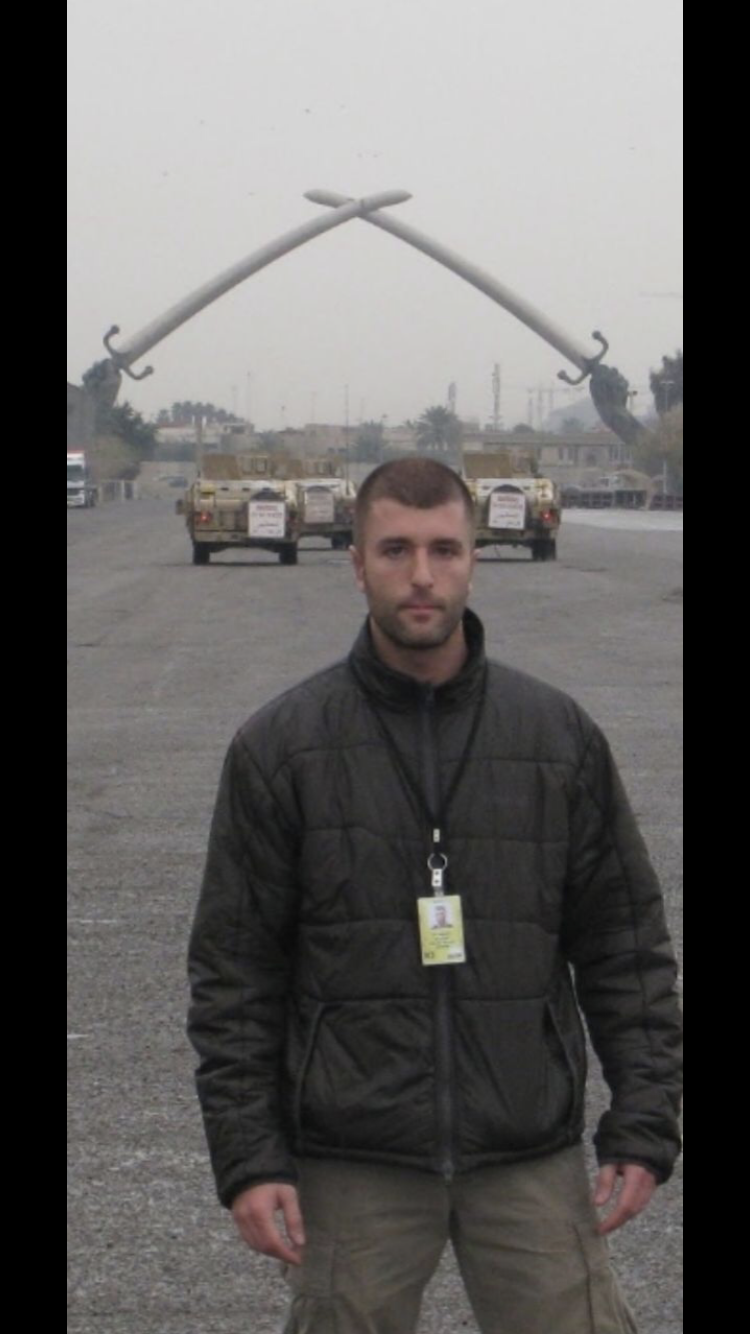 A photo of Nazzaro that he posted online from his time in what looks to be Baghdad.

Earlier in the month, DHS took the unprecedented step of calling out domestic extremists as a major terrorism threat to the country after far-right extremists mounted an insurrectionist attack on Capitol Hill.

READ:  ‘Why Does Being Told to Stay Positive Piss Me Off So Much?’

Nazzaro posted two other similar letters, allegedly from the Marines, which enthusiastically commended his intelligence work, praising him for his help with targeting missions tracking terrorist movements in Afghanistan.

“Your performance as an intelligence professional reflects an impressive understanding of the insurgency in Afghanistan and tireless devotion to duty,” reads a letter on what appears to be Marine Corps letterhead.

The Marines declined to comment on the letters addressed to Nazzaro, who reportedly has links to the Russian government (a charge he vehemently denies), while the Pentagon said it couldn’t find any records of him.

According to one of the letters, Nazzaro’s work contributed to a significant number of insurgent deaths.

“Furthermore, your targets led to an assessed 13 enemy killed in action.”

Nazzaro told VICE News that he posted the letters to legitimize himself with the far right, members of which have questioned his military career.

“There’s been much speculation about my background,” he said in an email. “So, I posted the letters for the benefit of my side as evidence that I am who I say I am.”

Nazzaro wrote about the letters under his alias “Roman Wolf,” one of the pseudonyms he uses while working with the Base. “Those were like mid-career for me,” he posted in reference to the letters.

In a May 2019 conversation in an encrypted chat room, Nazzaro told other members of the Base that he had worked with the military during the aughts as a contractor.

“[I did] multiple tours in Iraq and Afghanistan over five years,” said Nazzaro in an encrypted chat room with his followers.

Nazzaro continues to maintain that the Base is no terrorist organization, but a “survivalism and self-defense network for nationalists.” Long dubbed a “fed” (short for federal informant) by some neo-Nazis, he seems to have anticipated that the documents would not go over well among his followers. After the documents were uploaded, he posted he “didn’t mean to break your hearts,” but wanted to be transparent.

With files from Mack Lamoureux.