A family of wild elephants are trekking across southwestern China, damaging crops, nosing around village homes for food, and winning the hearts of those marveling at the animals from afar.

The elephant family has moved hundreds of miles north since they left a natural reserve in the prefecture of Xishuangbanna in Yunnan province early last year. They have come under the spotlight recently as the elephants ventured into human habitats.

Along the way, the elephants reportedly destroyed homes and ate up corn flour and chicken feed. A car dealership in central Yunnan said six elephants stopped by for water on May 27. And a 69-year-old man recalled hiding under his bed in terror as two elephants broke into his room on June 1, with one of the mammals turning on his tap for a drink.

During their long march, the elephants also gave birth to a new member, swelling their ranks to 15. 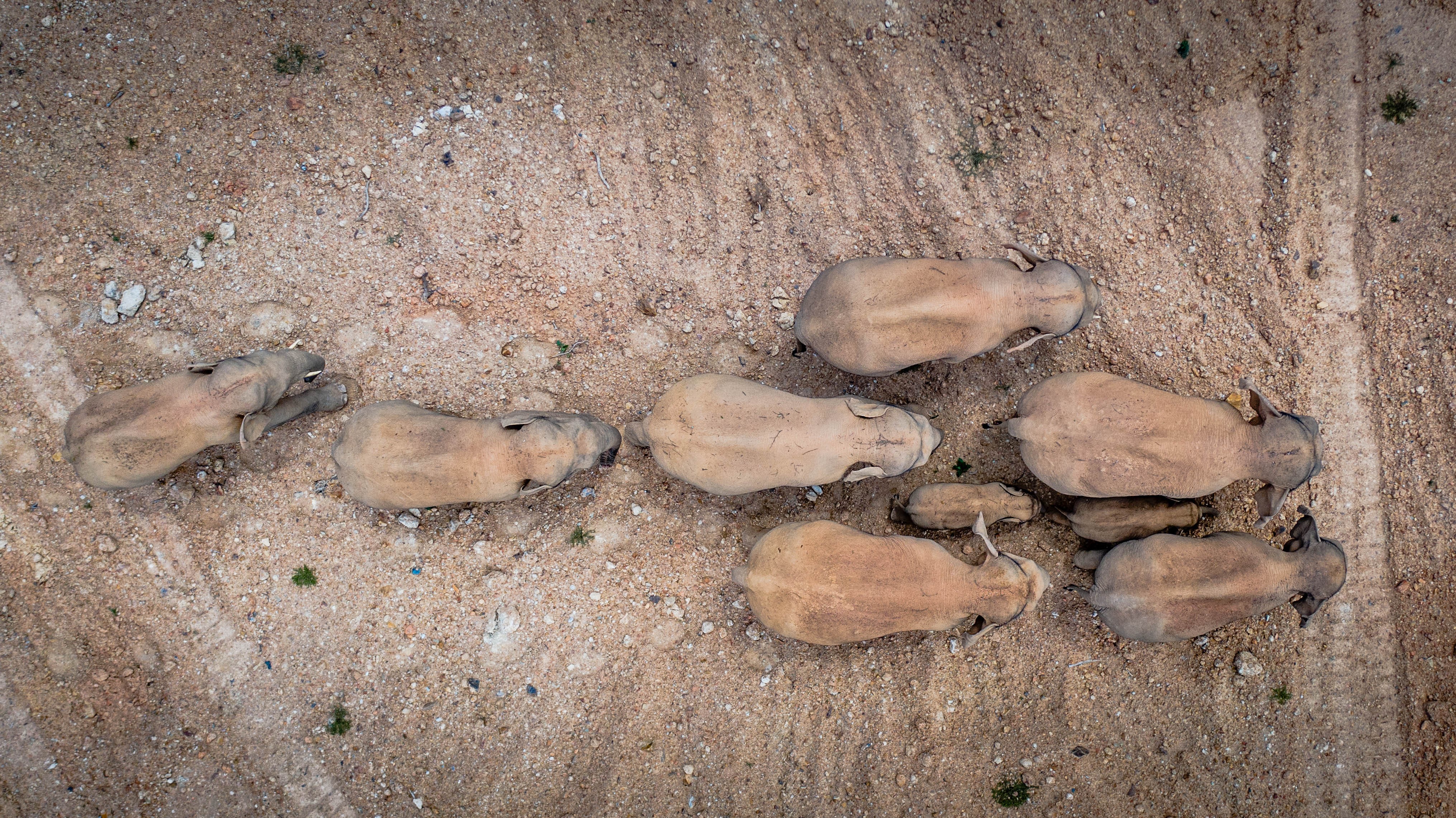 The elephants are still wandering on the edge of Kunming, the capital city of Yunnan with a population of 8.5 million.

Authorities have deployed hundreds of personnels and more than 10 drones to monitor them around the clock to prevent them from running into people. On Monday, the elephants were spotted taking a nap in a village, with a baby elephant wedged between the adults.

No one knows why exactly the elephants decided to move. The species does not have a habit of seasonal migration. But experts say the trip is likely to be a spontaneous one prompted by a search for food.

“They are in a state of getting lost,” Becky Shu Chen, a conservationist with the Zoological Society of London, told VICE World News. “They also don’t know where they are going. They are just heading toward relatively open areas that have food for them.” 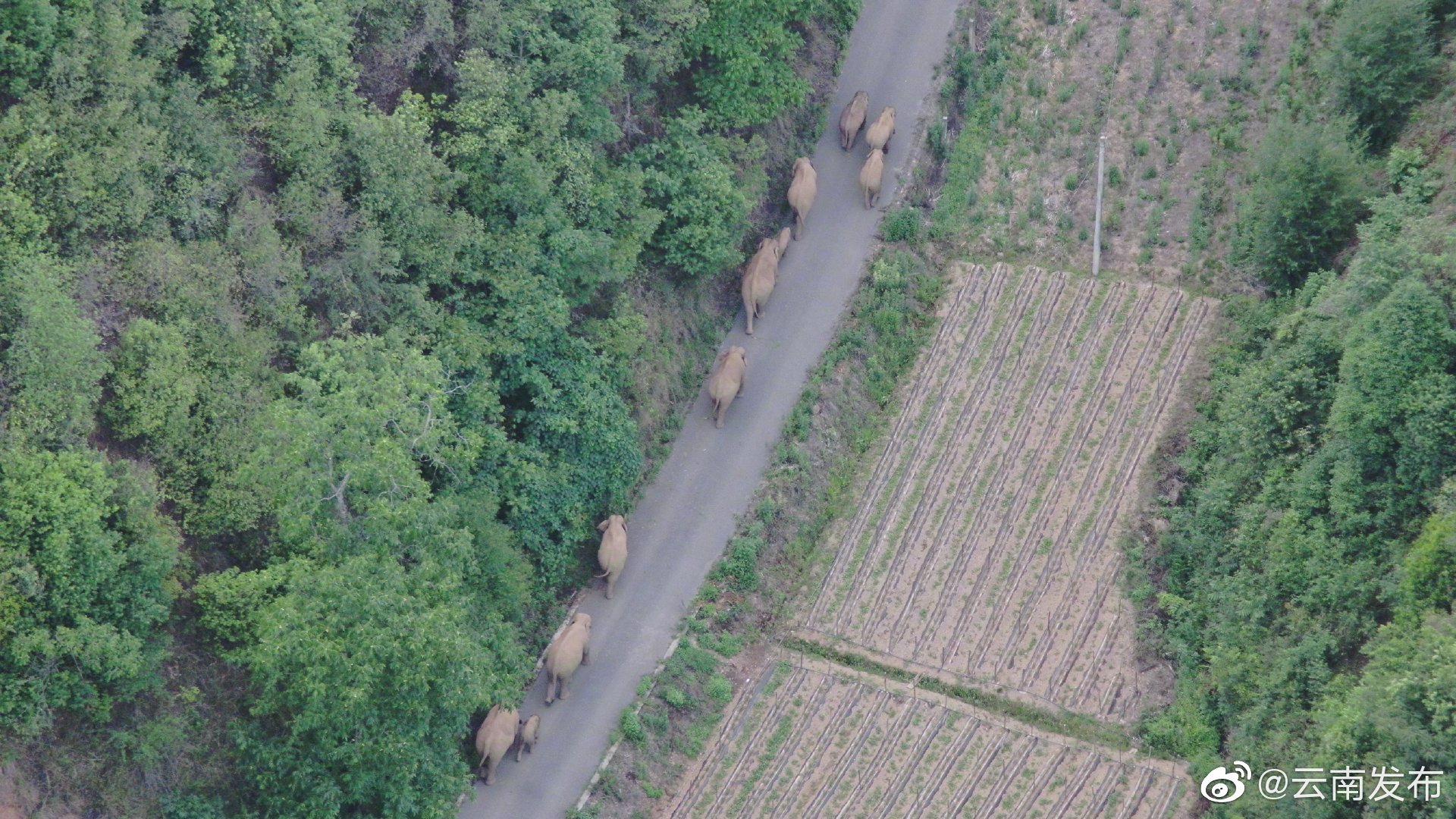 No one knows why the elephants have embarked on a hundreds-of-miles journey. Photo courtesy of the Yunnan government

Conservation efforts have seen the number of Asian elephants in Yunnan doubling from about 150 in the 60s to some 300 today. But in the meantime, their habitat in southern Yunnan is shrinking due to deforestation caused by human activities.

These factors have caused some elephants to move out of their home areas, a process dubbed “dispersal” by scientists. Having spent decades living close to people, they are not afraid of intruding into human neighborhoods, Chen said. The abundance of crops grown near human residence also appeals to the wild animals.

“They are like seven- or eight-year-old children,” she said. “They are quite smart. They know where to find nice food and drinks.” 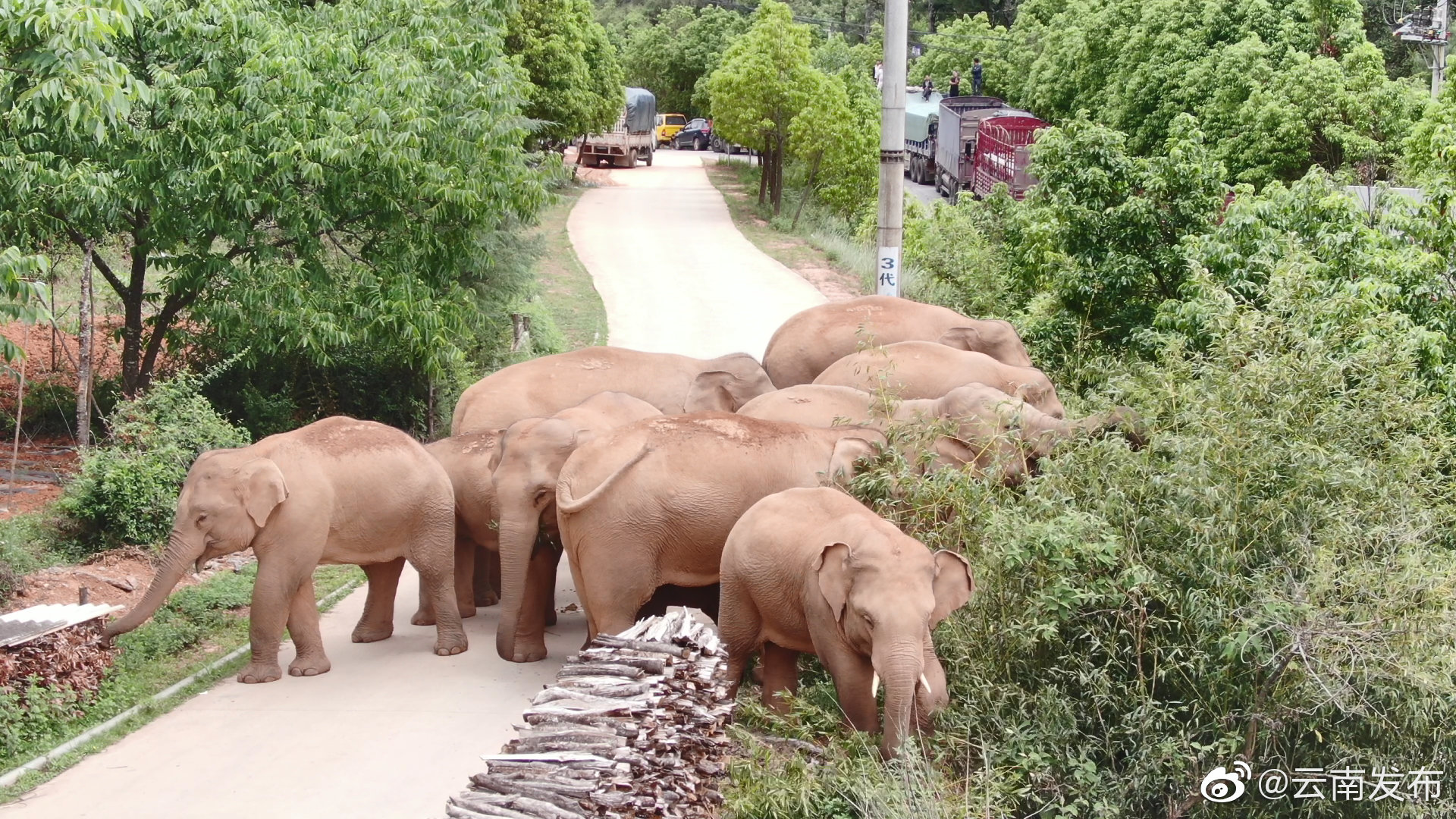 The elephants have been visiting human neighorhoods in recent weeks. Photo courtesy of the Yunnan government

Bringing back the elephants from more than 300 miles away is a mammoth task. Zhang Li, a professor with Beijing Normal University, told state broadcaster CCTV that sedating the animals could be dangerous, since it could provoke other members of the family.

Authorities are now trying to limit human-elephant encounters by suspending traffic and relocating residents on the elephants’ path. The government has promised to compensate residents for damage to crops and houses.

READ:  Sorry, Young Thug: You Can’t Tell if Pills Are Fake With a Phone Flashlight

Tons of food, such as pineapples, corn and bananas, have been put along the path of the elephants to lure them back into the forests.

Now their journey is being watched by people around the world. On Monday, many Chinese internet users were amazed by the photos of elephants sleeping together on their sides. 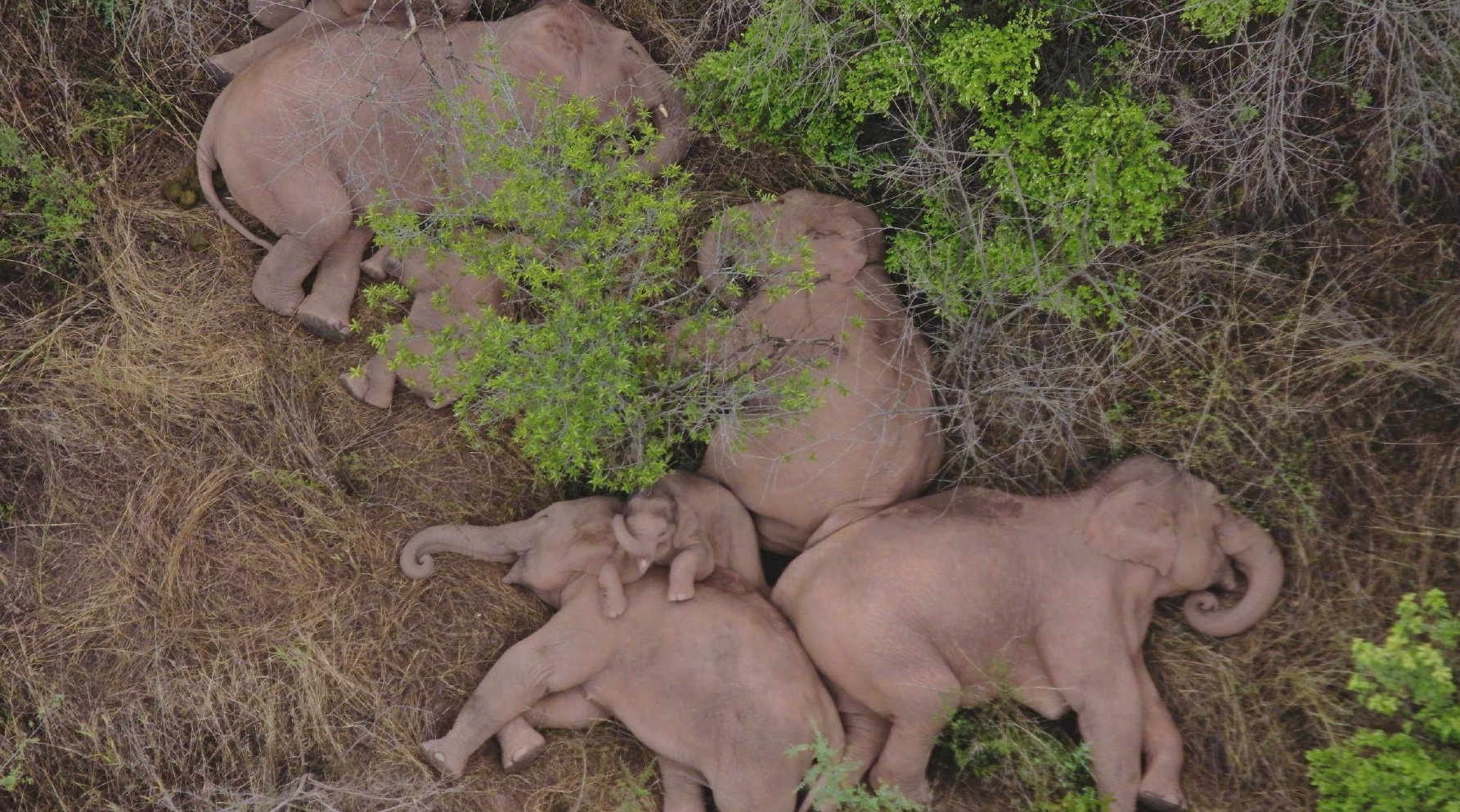 The elephants are seen sleeping in a village on Monday. Photo courtesy of Yunnan government

“My first time seeing elephants sleeping. They were lying down,” said a top-voted comment on the microblogging site Weibo. Research shows that wild elephants mostly sleep standing up, but they sometimes lie down.

Chen, the conservationist, said the global attention is also a rare opportunity to raise public awareness on elephant conservation and explore ways for humans and elephants to live peacefully together.

Many people share the misconception that elephants are approachable, which could lead to potential injuries, Chen said. “Elephants are dangerous,” she said. “People think they are cute, gentle animals. That’s not true. You need to keep a safe distance.”