‘Coming 2 America’ is almost here! We’re a week away from the highly anticipated premiere of the film we had to wait almost 30 years to get. 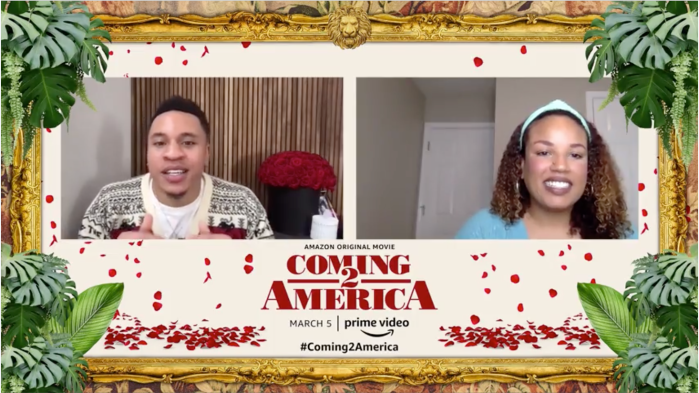 BOSSIP Senior Content Director Janeé Bolden sat down with ‘Coming 2 America’ actor Rotimi to discuss his role as Idi Izzi. He revealed that it was harder keeping secrets as a regular on “Power” for years than keeping secrets about the highly anticipated sequel since most people figured he would be a natural fit for the film because of his “Nigerian Buttascotch” alter ego. He revealed that he was basically Teyana Taylor’s accent coach for the film, she plays his sister in the movie. Rotimi also spoke about his engagement to Tanzanian singer Vanessa Mdee, saying that he feels the best way to find your match is to come to the relationship whole, he joked that everyone is suggesting he have someone sing, “She’s Your Queen To Be…” at his wedding. Check out the full interview below:

We’re so excited for the whole world to see this movie — in some cases just to see the hairstyles they gave some of the actors — Rotimi included.

The main plot of the film is that Prince Akeem has to reconnect with the son he never knew he had — but there are several other themes we really enjoyed, like how the world is slowly evolving from patriarchy and of course there is yet another love story at the core as well! Are you excited to see ‘Coming 2 America’? The film arrives on Prime Video March 5th.