Negative views of Muslims and immigrants are widely held across Europe, according to a major survey across eight European countries.

The survey of 12,000 people from Sweden, France, Germany, UK, Hungary, Poland, the Netherlands and Italy, found a widespread mistrust of authority and high levels of political disenchantment.

The research was commissioned as part of a report into the spread of anti-minority views and far-right extremism during the pandemic. 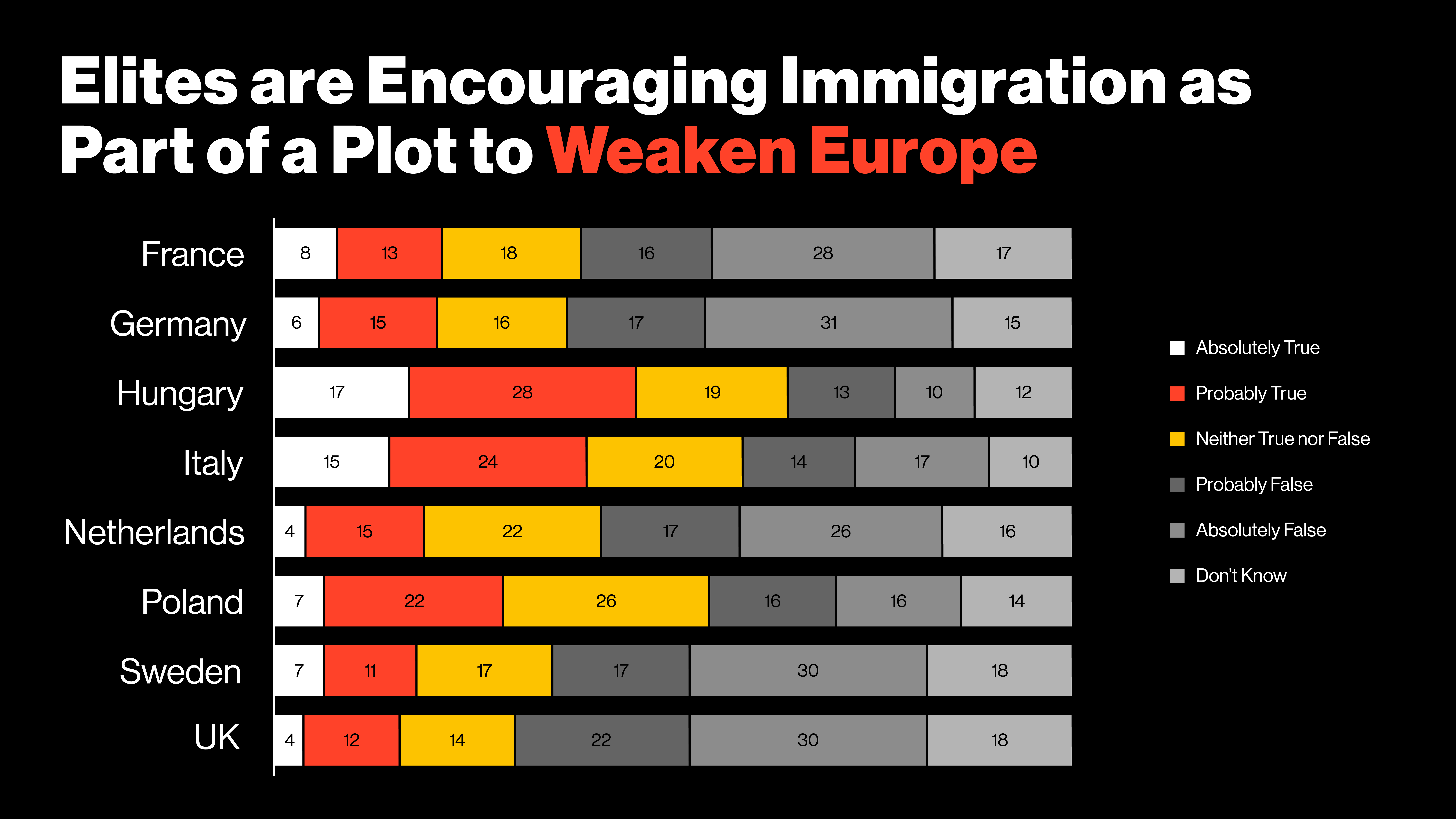 “As the coronavirus pandemic has swept across Europe, we have seen some radical and far-right groups prosper and some flounder,” said Nick Lowles, CEO of Hope not Hate, which co-published today’s report alongside fellow anti-extremist groups Expo and Amadeu Antonio Foundation. 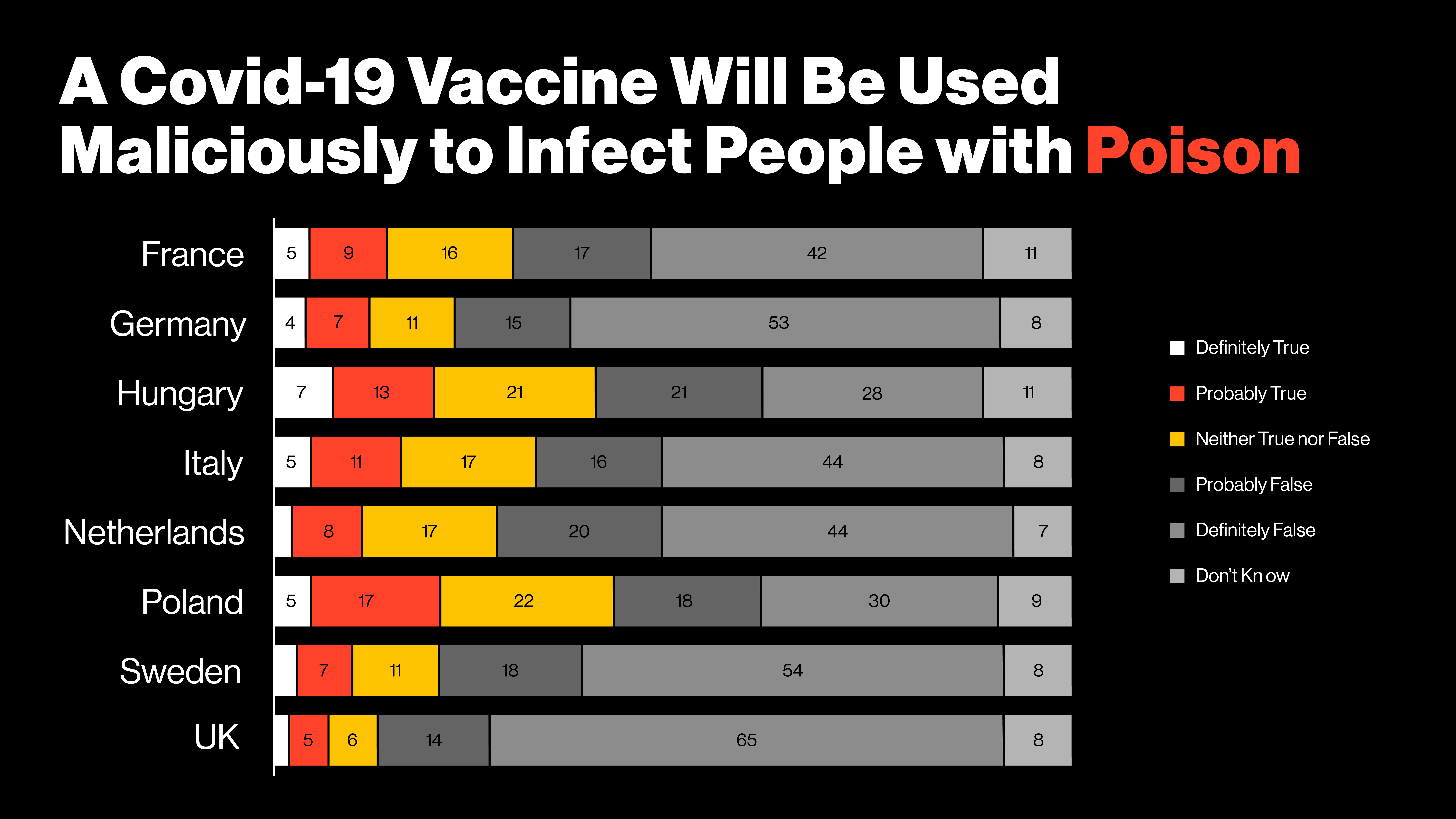 “At a European level it’s clear that conspiracy theories, many with antisemitic roots, are gaining in popularity and that a rising racial nationalism is accompanying the continued increase in far-right terror. Hate ideologies are internationalised like never before, and so resistance must be too.”

Hungary consistently held the most hostile views towards minorities of the countries surveyed. The report found 60 percent had very or quite negative views towards immigrants, and 54 felt similarly towards Muslims, despite the country’s Muslim population being tiny, around just 0.4 percent of the total population. 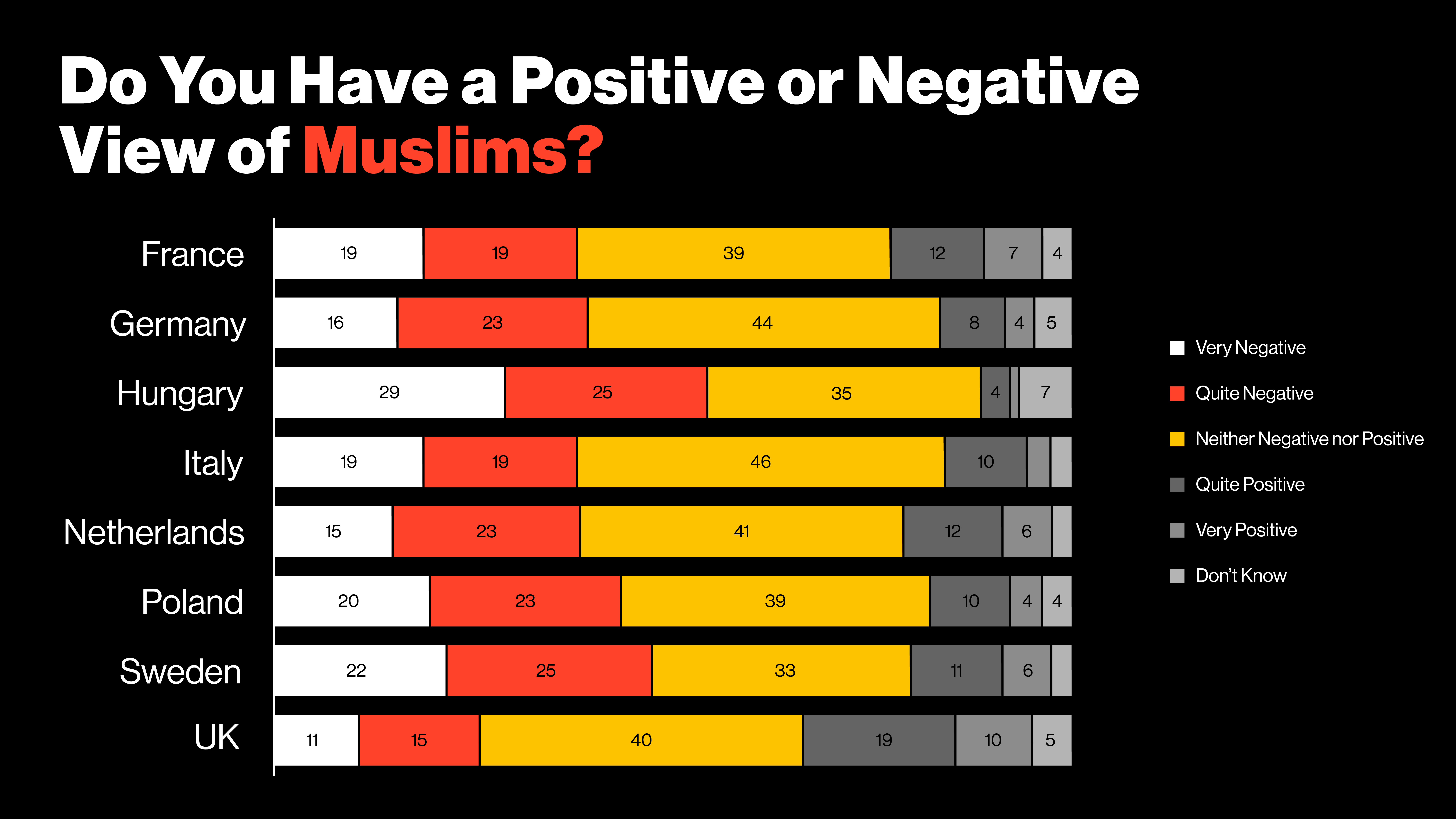 Ruled by the hard-right Fidesz party, the country has made headlines for its right-leaning views. In December, the Hungarian government voted through anti-LGBTQ legislation banning gay couples from adopting, and a recent clampdown of independent media organisations has caused concern for press freedom experts.

The UK had the lowest anti-immigrant and Muslim sentiment out of the countries surveyed according to the report, but the proportion of people with negative feelings towards migrants – 30 percent – and Muslims – 26 percent – was still substantial. 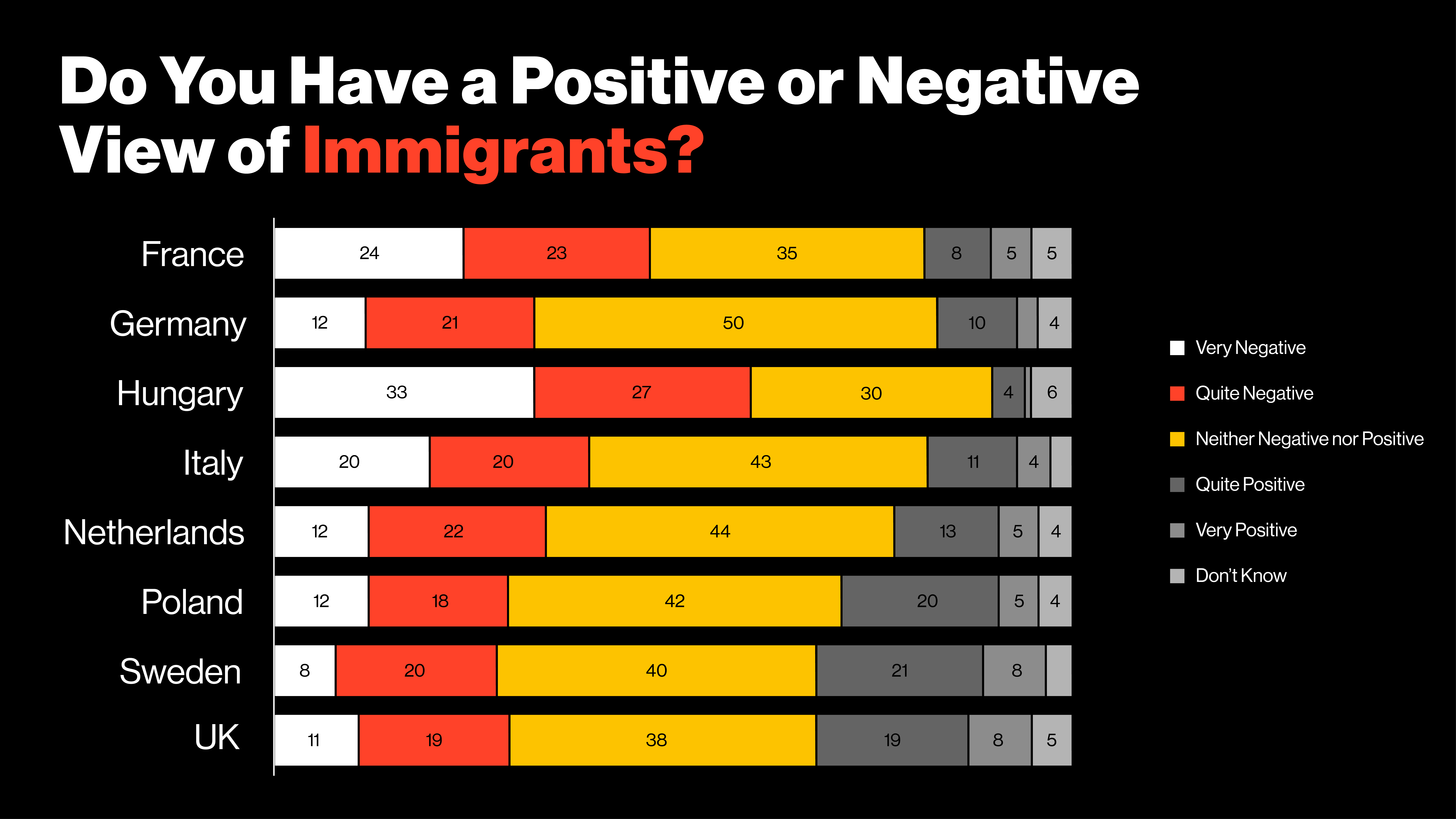 Immigration was considered one of the top four concerns of people from France, Germany, Italy, Netherlands and Sweden.

Italy had the highest level of political disenchantment, at 79 percent – likely to be influenced by recent political chaos following the collapse of the government – alongside France, with 67 percent feeling the system is partially or wholly broken. 58 percent of those surveyed in the UK felt the system was partially or wholly broken. Only 6 percent of Britons felt the political system was working particularly well. 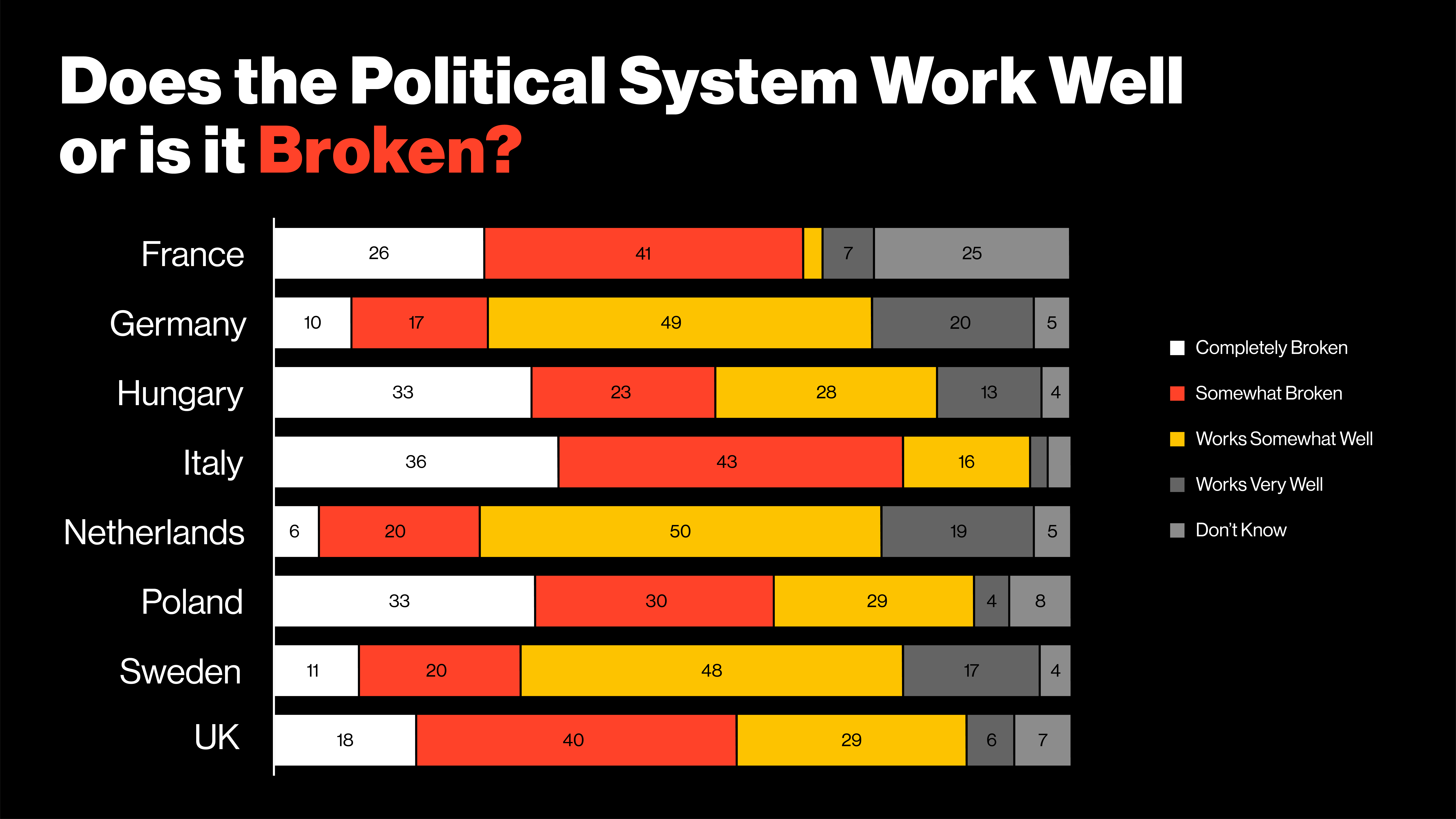 Daniel Poohl, CEO of Sweden’s Expo, said, “This report shows that the threat against democracy as we know is changing form and strategy. The far right of today is a transnational movement that organizes supporters through networks rather than old-fashioned organisations. If we want to understand it, we must think beyond political parties, formal organisations and even national borders. This report is a first step to do that.”

The report did find however that people in several of the countries surveyed felt positive towards the Black Lives Matter protests. A majority in Germany (52 percent), Sweden (51 percent) and the UK (51 percent) said they sympathised with the movement.